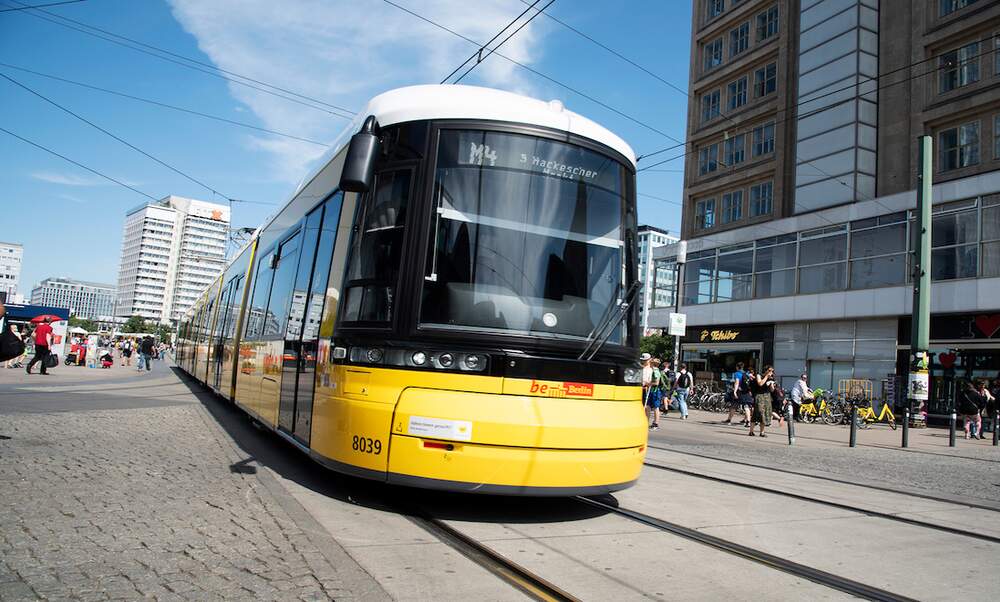 Smile commuters! Getting to work is set to get cheaper with Germany's grand coalition angling to introduce a 365-euro annual public transport ticket to multiple German cities, effectively allowing commuters to travel for just one euro per day.

Last Friday in Berlin the federal government agreed to support a 50 billion euro package of climate policies, aimed at reducing greenhouse gas emissions by 55 percent of 1990 levels by 2030.

One of the main focuses of the so-called "Climate Cabinet package" was to promote the use of public transportation over driving. In order to make S-Bahns, U-Bahns, buses and trams more attractive to commuters, the federal government recognises that ticket prices must be substantially reduced.

Commuting in Germany for only 1 euro a day

The Climate Cabinet is therefore pushing for the introduction of a 365-euro annual public transportation in multiple German cities. The vice chairman of the SPD, Sören Bartol, announced that the government “will help ten cities offer one year’s annual ticket for one euro a day.”

So far it is unclear which ten cities will be offering the discounted annual ticket or indeed when it will be available for general purchase. Bartol stated that it is important that smaller municipalities can also benefit from cheaper travel, on the condition that “there are enough vehicles and connections to carry the extra passengers.”

The ticket is already being trialled in some cities, such as Bonn. However, it has not been met with an overtly enthusiastic response in the western German city. Of the 17.000 tickets made available to customers, only 6.000 have been sold. City authorities explained that despite an initially large demand, sales have since slowed drastically.

This is no doubt down to the limitations of the ticket in its current form. At the moment, it is only available to new customers and can only be used in the city of Bonn, as connection cards are not valid. Hans-Werner Ignatowitz, chairman of the passenger association, the Regionalverband Rheinland, has stated that this renders the ticket “unusable for commuters.”

The 365-euro annual ticket was first implemented in Vienna in 2012. Despite campaigning from the SDP to make this ticket available nationwide, Ignatowitz explains that, just like Vienna, “public transport service would have to be expanded” before such an implementation could take place. This is due to the worry that the sudden influx of passengers would put great strain on the public transport services. We're excited, but perhaps we shouldn't hold our breath...