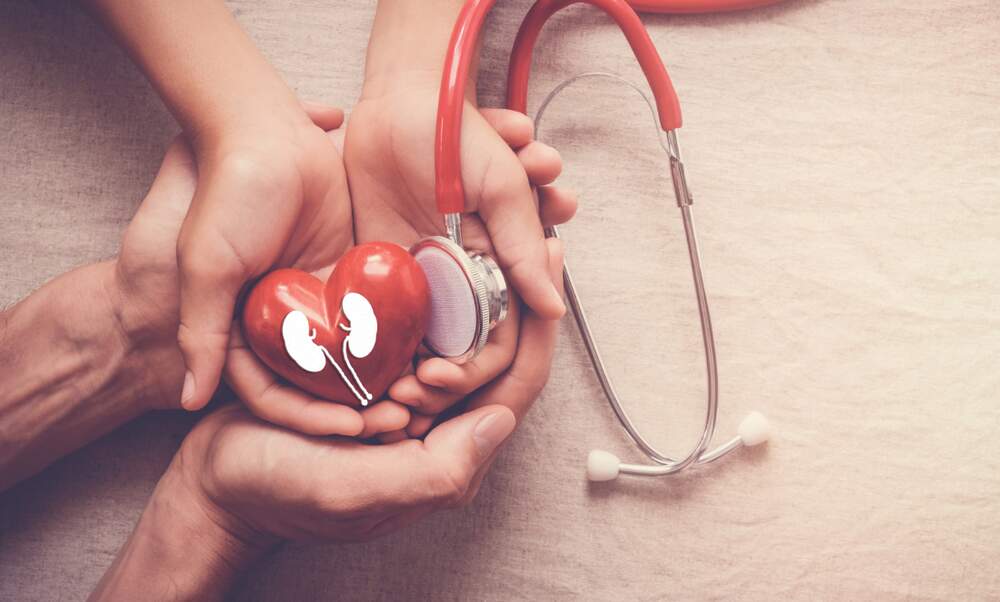 Up to 6 million Germans may be suffering from kidney failure

Up to 6 million Germans may be suffering from kidney failure

We all know that we need strong, healthy functioning kidneys to live. The kidneys are, after all, the body’s purifier. The two little bean-shaped organs help the body pass waste as urine, filter blood, regulate our salt and water balance and maintain the body’s overall fluid balance. Without our kidneys, our body would poison itself very, very quickly.

Millions of Germans said to suffer from kidney disease

However, studies indicate that a record number of people around the world are suffering from kidney disease. Between five and six million people in Germany are said to suffer from impaired kidney function, according to the German Kidney Foundation.

But very few people even know about it, as the main symptoms associated with renal, or kidney failure, are only noticeable after the damage has been done. "Kidney disease is, therefore, often discovered too late," says Heike Martin from the Federal Association of German Kidney Centres.

Roughly 80.000 patients across the country are currently receiving long-term dialysis treatment in hospitals and approximately 8.000 of them are waiting for a kidney transplant. Figures from the Robert Koch Institute in Berlin also show that chronic kidney disease tends to affect one in every eighth person between 70 and 79, with women being more likely to suffer from it than men.

Most Germans unaware they have kidney issues

While some of the possible symptoms for advanced kidney failure include loss of appetite, water retention in legs and excessive fatigue - the most important risk factors for chronic kidney disease remain high blood pressure and diabetes.

Being overweight has also been linked with increased risk of kidney disease, although it is not a direct result. "Obesity does promote diseases such as diabetes or hypertension and therefore can also lead to kidney damage," adds Martin.

In order to help prevent any type of kidney failure in the future, the usual factors of a healthy lifestyle are recommended - eating well, drinking enough fluids, exercising on a regular basis and not smoking.