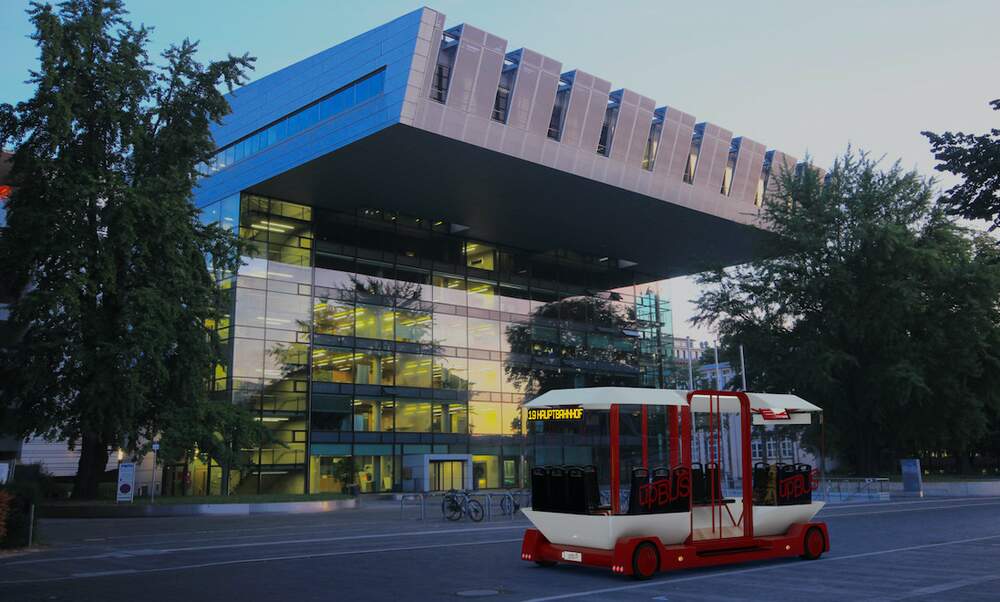 A start-up company based in Aachen in western Germany is looking into the possibility of introducing cable cars as new, traffic-calming mode of city transport - and we can't wait to get on board!

Upbus is an Aachen based start-up company that wants to develop a modular suspension bus in order to help reduce traffic in German cities and provide a cheaper, time-effective alternative to public transport.

Upbus is looking at developing a modular suspension bus that could drive into cable car stations and then connect itself to a "suspension network". Essentially, using a modular coupling system that is currently used in space travel, the buses would be able to convert from automated road vehicles into gondolas and back again.

The cable car network would only need support pillars, which can be set up within existing city infrastructure. The stations would take up more space but, because the gondolas can convert to buses, they could be built outside of city centres, with the last part of the journey being covered by the automated buses.

A new way of travel

The new concept would rely on a dynamic coupling system that is also used to link satellites in space. Through this system, heat and electricity can be transferred, powering screens and air conditioning, as well as allowing the exchange of data.

Radar technology would also be utilised to coordinate the extremely precise coupling process between the moving frame and the cable car suspension.

Coming to a city near you

Plans for cable cars in cities have already been put into motion across Germany. A cable car system is already mid-way through the planning phase in Bonn, with plans also in place in Berlin and Munich.

There has been some resistance to the new form of transport though. Plans for a cable car system were rejected in Wuppertal, with 62 percent of people against the proposal for a connection between Wuppertal University and the main train station. The planned cable car route in Bonn has also been met with opposition.