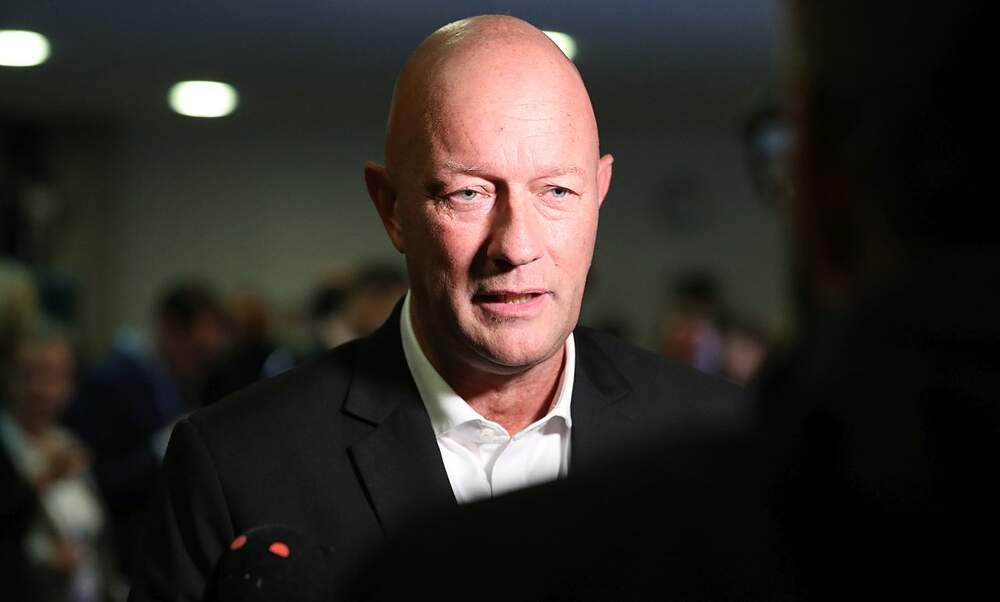 Barely 24 hours after becoming the Thuringian state premier with support from the far-right Alternative für Deutschland (AfD) party, Thomas Kemmerich has stepped down and called for a snap election. His appointment had provoked widespread outrage.

Thomas Kemmerich steps down after 24 hours

Thomas Kemmerich, of the pro-business Free Democrats (FDP) announced on Thursday that he would resign his post and ask for the regional parliament to be dissolved before calling a new election. "We want new elections to remove the stain of the AfD's support from the office of the premiership," he told reporters.

His surprise election on Wednesday rocked the German political establishment. Not only had the FDP barely cleared the 5 percent vote share threshold, but Kemmerich also beat the Left party incumbent, Bodo Ramelow, by a single vote - because the AfD decided to back Kemmerich, rather than their own candidate.

It marked the first time that the AfD had helped a state premier into power (in what Kemmerich has since termed a "perfidious trick" on the AfD's part, intended to "subvert democracy"). It was also the first time in German post-war history that any state premier has accepted votes from the far right to pave their way into office.

At a press conference, Kemmerich said that his resignation was "unavoidable". Having attracted near-universal condemnation from the SPD, Greens, Left, CDU and CSU, he felt that it was necessary to call a new election to free himself from dependence on the AfD.

On Wednesday night, members of the public also took to the streets in several German cities, including Berlin, Frankfurt and Erfurt, to voice their displeasure. Carrying signs bearing slogans such as "Never again" and "Voters betrayed", many drew comparisons with the first-ever election of a Nazi minister, which occurred in Thuringia in 1930.

On Thursday morning, Chancellor Angela Merkel had said that the circumstances of Kemmerich's election were "unforgivable". Calling it a "bad day for democracy", she added her voice to the call for Kemmerich to step down and reiterated her party's refusal to ever work with the AfD.

Kemmerich's resignation and call for new elections are both now subject to approval from parliament.