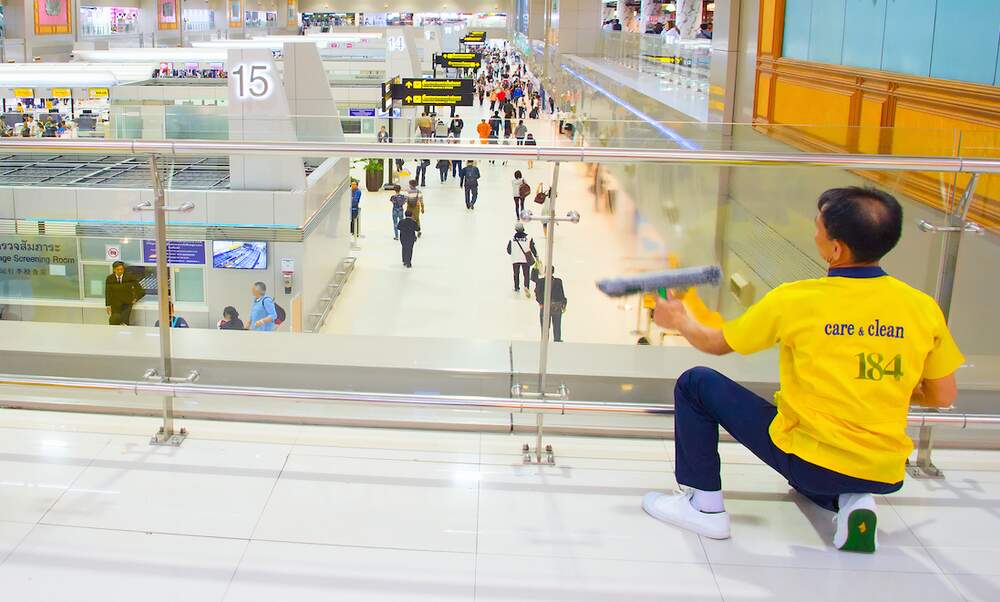 A lovesick, 20-year-old American man’s plan to see his girlfriend was thwarted after he was discovered by airport staff trying to sneak into the country. The man tried to cheat border controls by disguising himself as a cleaner, police said earlier this week.

In order to try and stop the spread of Covid-19, Germany has enacted tough border controls. This did not, however, stop a young man from the US from trying to sneak into the country to see his girlfriend.

The modern-day Romeo arrived in Frankfurt on Sunday from Washington. Once he arrived at the airport, he put on a high-vis vest and picked up two bags of rubbish. According to police, “He then tried to convince staff that he was a cleaner and was supposed to empty the bins behind the security area.” He was arrested after another member of staff noticed he was not wearing a security pass and couldn’t speak German.

The young romantic was taken to a police station where he confessed that he was desperate to see his girlfriend and couldn’t think of another way of entering the country. Police said that even if he had reached the bins, he would still have been in the airport’s transit area, meaning there was still another border control standing between him and the outside world.

After being questioned, the man was sent back to Washington on Monday.