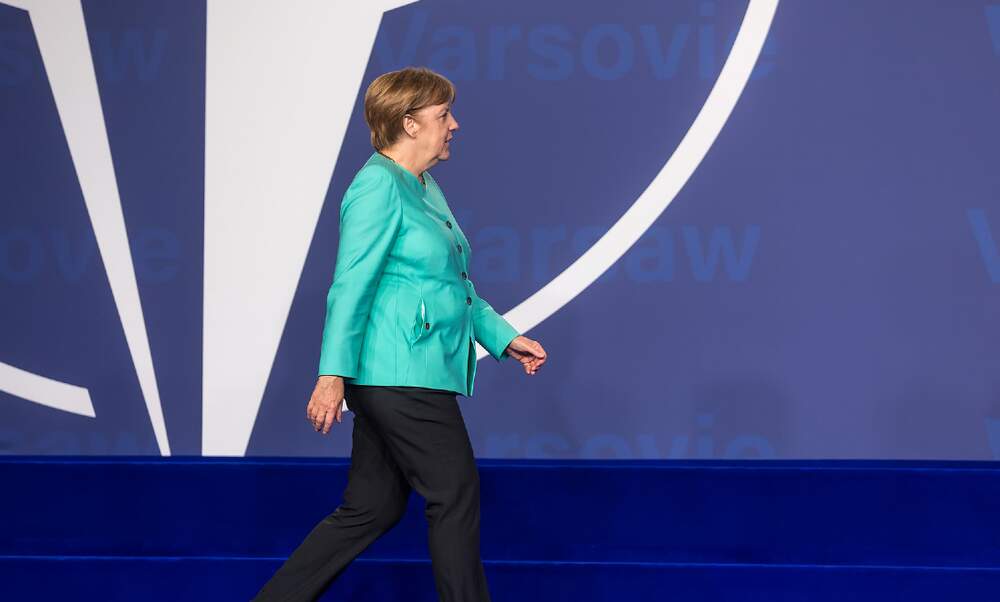 Angela Merkel outlines plan to take Germany out of lockdown

Angela Merkel outlines plan to take Germany out of lockdown

Angela Merkel has outlined her plan for how restrictions could gradually be lifted as cases of COVID-19 reduce. Her government is facing mounting pressure to put forward some concrete proposals.

Merkel lays out plan for Germany’s route out of lockdown

In an interview with the German public broadcaster ZDF on Friday, Merkel stuck firm to her intention to only begin the next phase of reopenings once Germany’s coronavirus incidence rate has been brought below 35 new infections per 100.000 inhabitants within seven days. This new target - down from the previous target of 50 - was announced at the press conference on February 10.

Once this goal has been achieved, she said, Germany could gradually open up, step by step - with each step subject to a fortnight-long “infection cycle” that would allow authorities to monitor progress before taking the next step. “Whenever we remain stable at 35 for 14 days,” she said, “and the previous opening step has not led to an increase in the number of cases, then we can take the next step.”

She said that the federal and state governments would consider carefully at the next coronavirus summit, which is scheduled for March 3, exactly which areas in each strand could be opened next. She said the country had to take “clever opening steps [to] get through the pandemic without a large-scale third wave.”

The Chancellor has been facing calls to produce a concrete, step-by-step plan for leading the country out of lockdown, by March 3 at the latest. On Sunday, the mayor of Berlin, Michael Müller, promised to have one of his own ready by the next coronavirus summit.

The state premier of Saxony, Reiner Haseloff, also called for a “clear exit plan from the previous restrictions” for the next round of talks. “You have to be able to plan,” he said, “Even business enterprises. And that’s why we absolutely need a plan at the next meeting on March 3 that clearly states at which incidence we do what.”

Daniel Günther, the state premier of Schleswig-Holstein, said that many people had been left disappointed by the last coronavirus summit, because the federal and state governments “did not manage to create a plan, as many people expected from us.” He said that the decision to reduce the target incidence rate from 50 to 35 was also unhelpful: “If we constantly have to decide and explain new things, like the number 35 as a new incidence target, then it irritates people more than it creates perspective.”