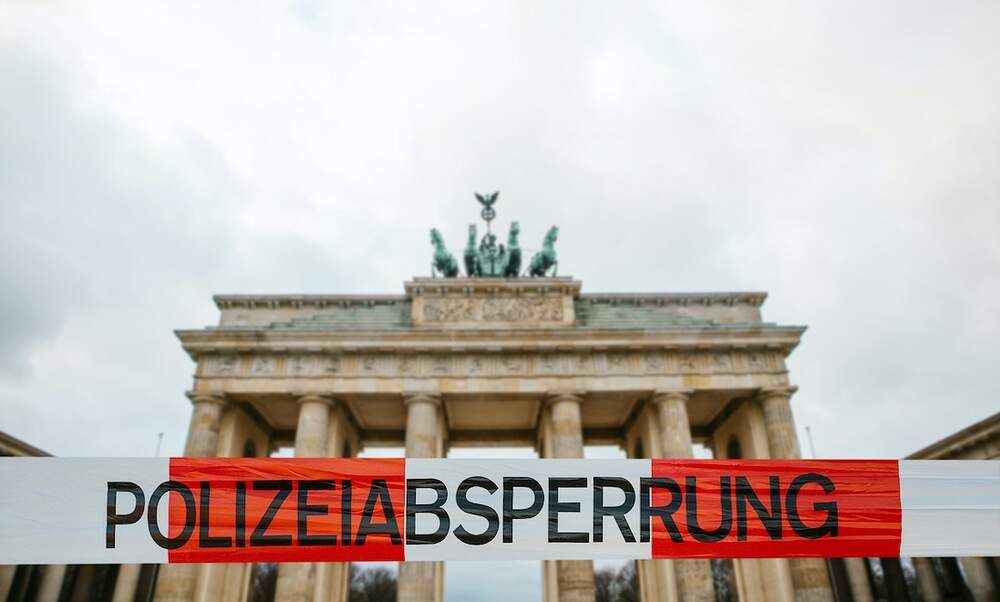 The Berlin government has banned demonstrations that were due to take part this weekend. The demonstrations were to be held in protest against the government's handling of COVID-19 in Germany.

This weekend, thousands of people were expected to attend protests in the city of Berlin, which had been organised by various different organisations. The protestors, under the motto “Assembly for Freedom,” had planned to march through Berlin-Mitte on Saturday morning. They would then gather on the Straße des 17. Juni, near the Brandenburg gate.

Around 17.000 participants were expected to take part in the protests this weekend. A number of counter-protests were also registered with the police.

Earlier this month, protests against coronavirus rules have taken place across Germany. A protest in Stuttgart in August attracted 1.500 participants, while a protest in Kiel drew around 600 people. Protests also took place in Berlin on August 1, which caused concerns after a spike in infections and also lead to discussions regarding protest freedoms.

The Berlin Senate decided on Wednesday that the protests were not allowed. Authorities are concerned that protestors would violate anti-coronavirus measures by not wearing face coverings or keep the required distance from each other. The previous protests earlier this month showed "that the participants had deliberately ignored existing hygiene rules and corresponding requirements", said the Senate.

Berlin’s interior senator, Andreas Geisel, has voiced his approval of the decision, “This is not a decision against freedom of assembly, but a decision in favour of infection protection," he said. Geisel reminded people that Germany is still in the midst of a pandemic, with cases on the rise.

He added that the protestors attending previous protests in Berlin deliberately disregarded coronavirus restrictions by not wearing a face covering or keeping a 1,5-metre distance from other protestors. Geisel asserted that this behaviour was not acceptable and that Berlin should not be “misused as a stage for corona deniers, Reichsbürger and right-wing extremists.”