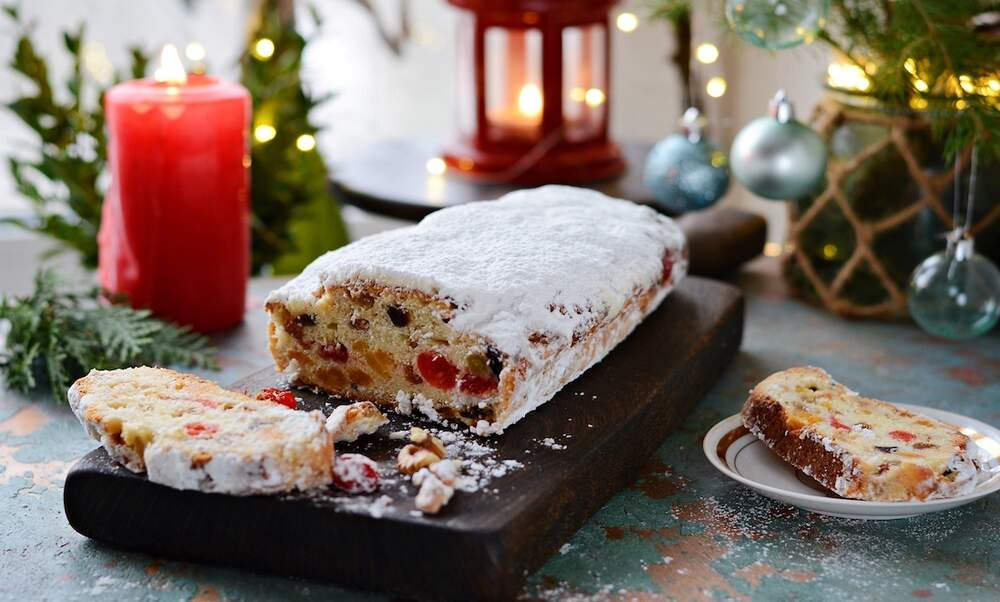 A brief history of Stollen

A brief history of Stollen

Aaah Stollen, who doesn’t love it? The fruit-cake-bread has been a staple Christmas treat in Germany for as long as anyone can remember - but now it has become so popular that you can probably find it in most other countries around the world in the lead-up to the national holiday.

The treat holds a certain significance in Saxony, and is an especial regional speciality in the state capital Dresden. Why, you ask? It's a good story! So sit back, grab yourself a slice of Stollen and discovery the history behind Germany's most famous cake slash bread.

The tradition of Stollen in Germany

We all know Stollen as a rich, sweet bread that can be filled with anything from fruit and nuts to marzipan. There are multiple sources disputing when Stollen was first baked as a Christmas bread but all of them agree that in its first Christmas iteration, Stollen was made only with flour, yeast and water.

The resulting bread was hard and tasteless but, since the Advent period was a time of fasting, the papacy would not allow bakers to use butter when baking Stollen. In the 15th century, two brothers, Prince Elector Ernst and Albert III, Duke of Saxony, wrote to the Pope in Rome. They implored him to allow butter in the baking of Stollen, as oil in Saxony was expensive and had to be made from turnips. 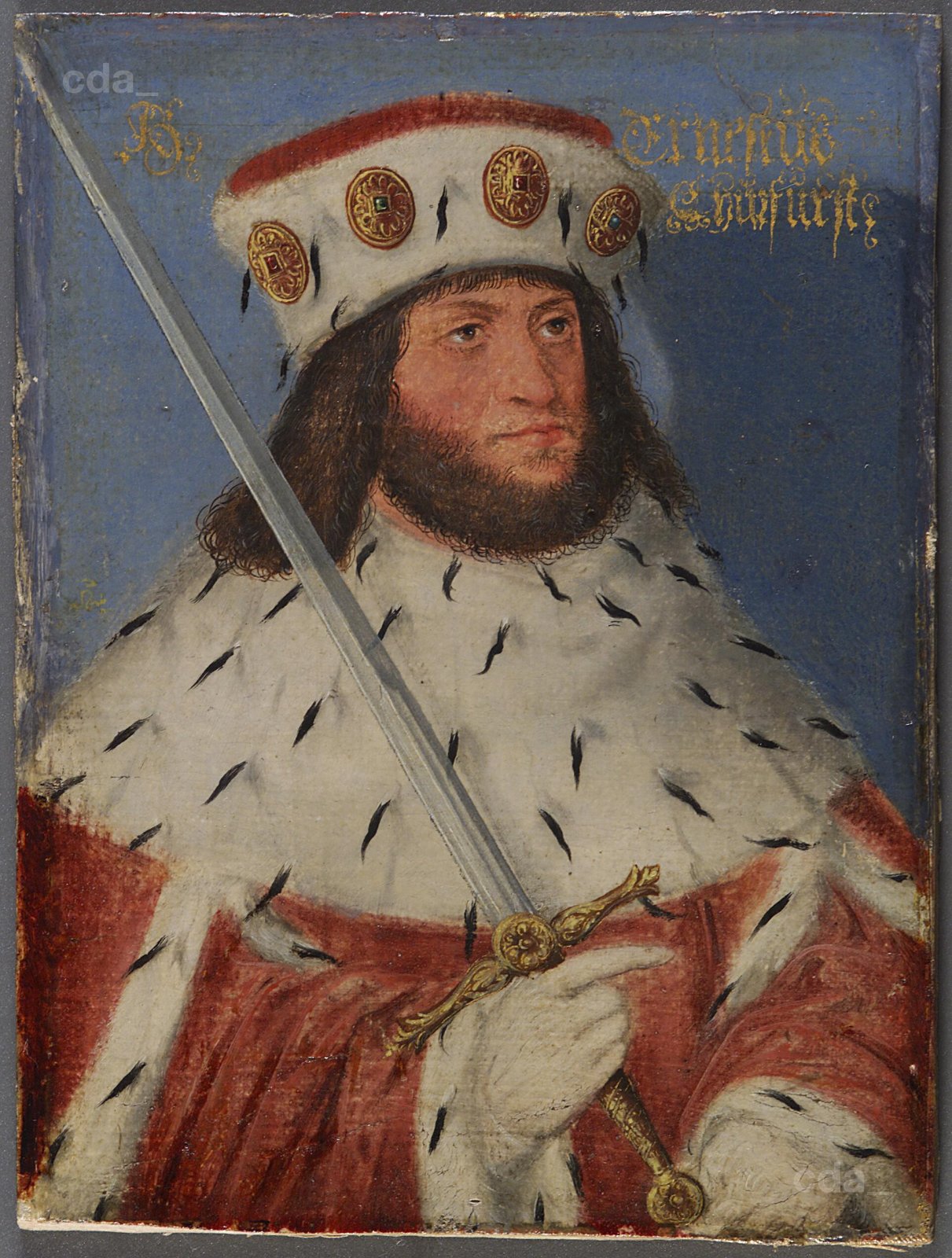 The Pope at the time, Nicholas V, denied their request. Saxony had to wait out the passing of five Popes until, in 1490, Pope Innocent VIII sent the “Butter Letter” to Ernst's son, Prince Frederick III. This letter allowed only the Prince Elector, his family and household to use butter in Stollen, without having to pay a fine.

Others were eventually allowed to use butter in Stollen but only if they paid a twentieth of a Gulden (gold coin) every year, in order to help finance the Freiberg Minster. The ban on butter was eventually lifted for all residents of Saxony when the state become Protestant in 1527.

Again, many sources differ as to when Stollen was first introduced in Dresden. It was first mentioned in an official document in 1474. What most sources do agree on is that on Christmas 1560, the bakers in Dresden gifted their rulers one or two Stollen, each weighing 36 pounds or 16 kilos. They were carried through the city to the palace by eight master bakers and eight journeymen.

This tradition continued until the Elector of Saxony in 1730, Augustus II the Strong (also King of Poland and Grand Duke of Lithuania), instituted another tradition that has persisted throughout the centuries. In 1730, Augustus commissioned the Bakers’ Guild of Dresden to create a Stollen big enough for everyone to be able to eat a slice. 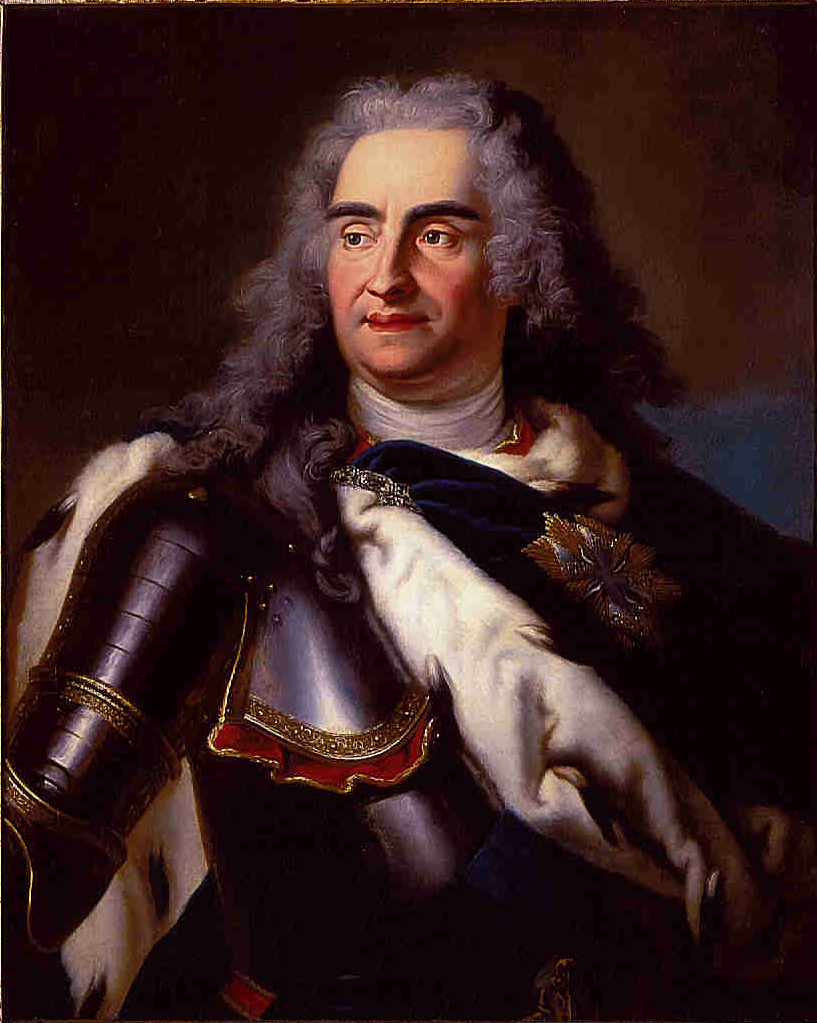 Origins of the Stollen Festival

Augustus organised a legendary festival, known as Zeithainer Lustlager, with around 24.000 guests taking part in the celebrations. The court architect, Matthäus Daniel Pöppelmann, designed a huge oven for the Stollen and a special, giant knife was also created to slice it with.

The Stollen itself weighed 1,8 tonnes, contained 3.600 eggs, 326 churns of milk and 1.000 kilos of flour, and took 100 bakers and their assistants a whole week to bake. When completed, it was brought to Augustus in a procession, paraded on the back of a carriage pulled by eight horses. 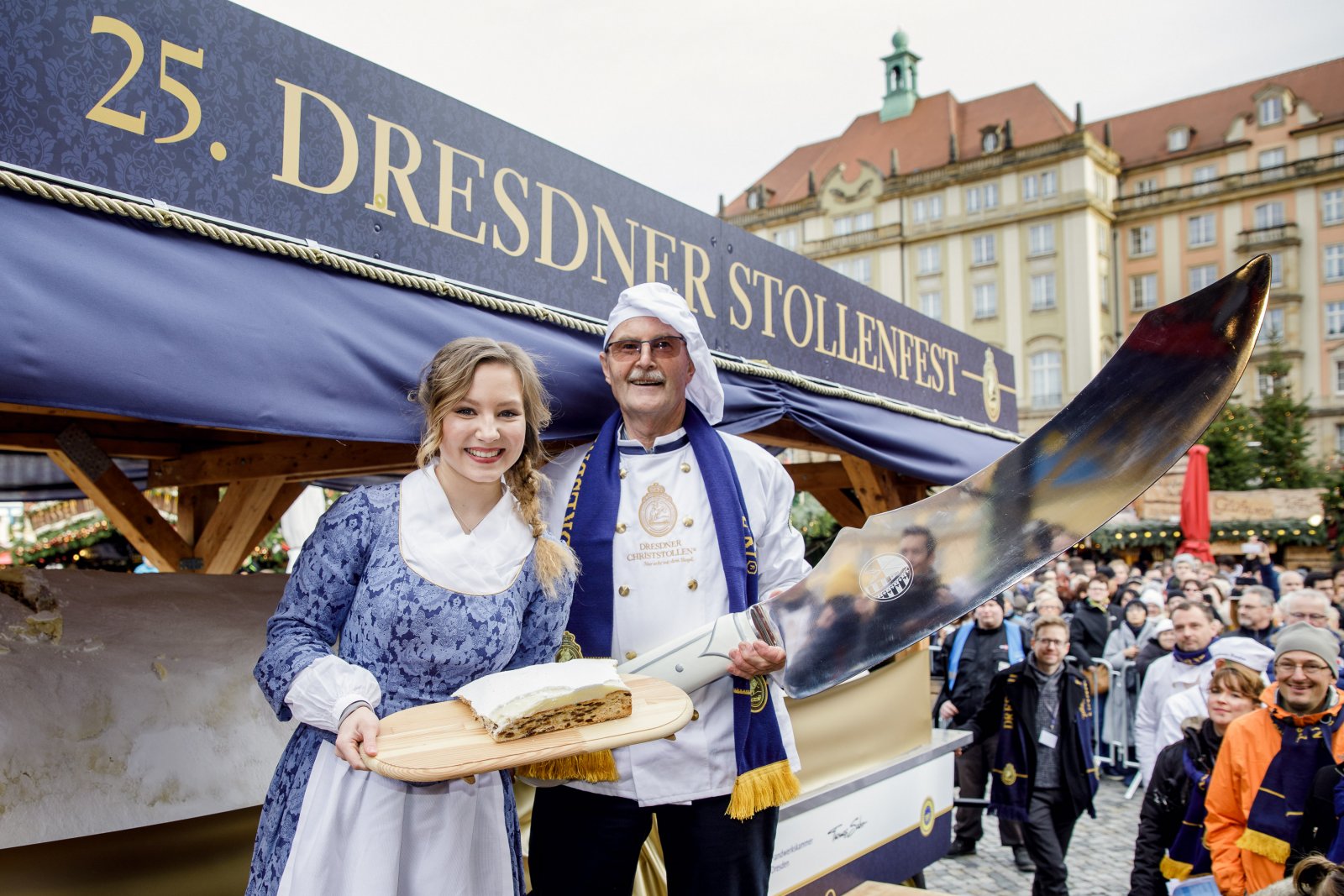 Even though Augustus’ Stollen was made with eggs and the festival took place in June, it is still considered the precursor to today’s Christmas Stollen (Christstollen). Dresdner Stollen (originally called Striezel) is a notable component of the Dresden Christmas Market – the Striezelmarkt.

While Stollen is produced in many German cities, and indeed all around the world, this “official” Dresden Stollen is only produced in the city of Dresden, by just 150 Dresden bakers. It can be distinguished from other Stollen by the special seal of Augustus II. 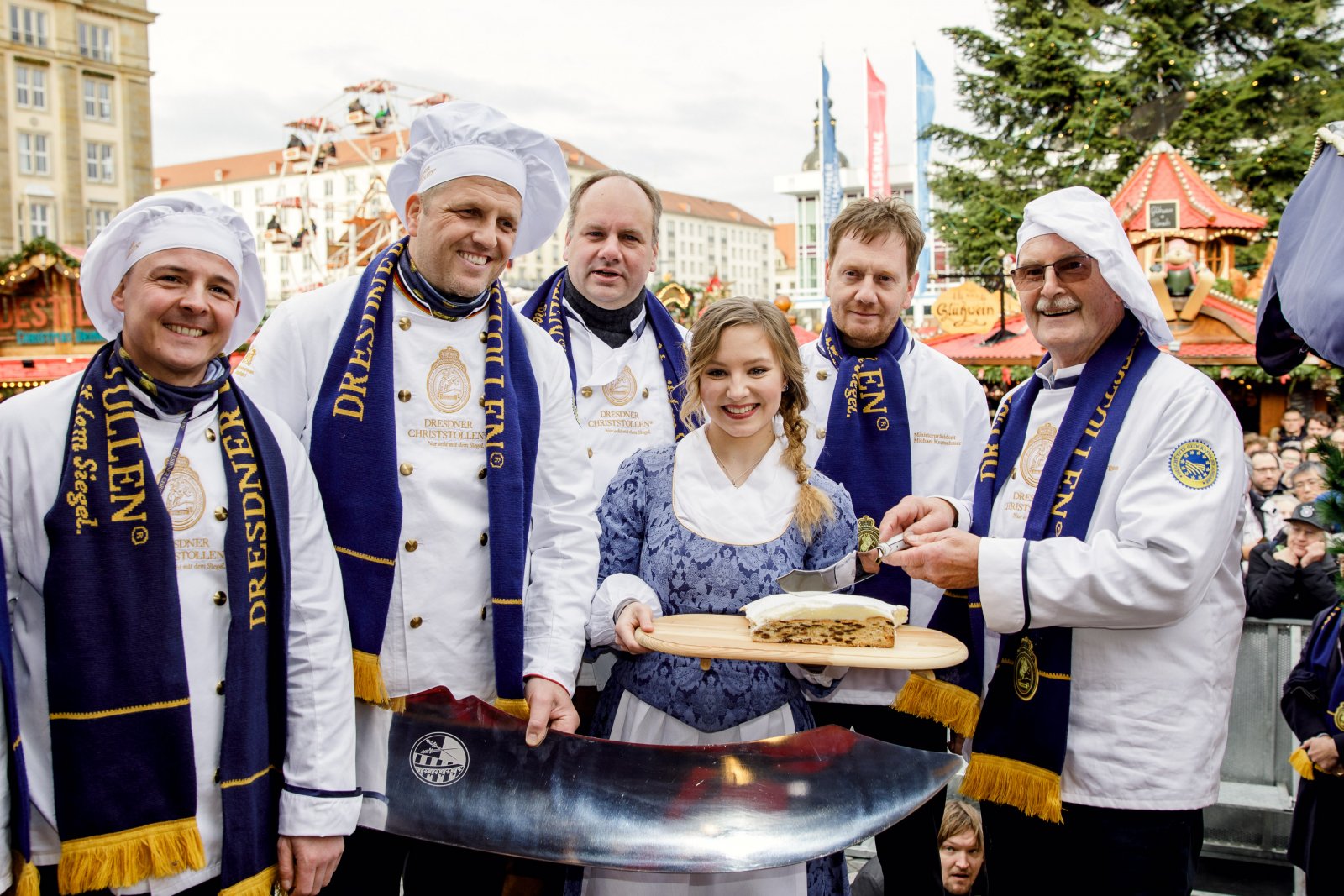 Indeed, the Christmas bread holds such a precious place in Dresden's heart that, every year on one of the Advent weekends, the city also hosts its annual Stollenfest. The tradition temporarily ended in 1918, following the fall of the monarchy, but was reinstituted in 1994.

The festival harks back to Augustus II's legendary Zeithainer Lustlage and every year sees a giant Stollen being baked and paraded through the city by the Dresdner Stollenmädchen. The parade is accompanied by bakers and pastry chefs from the Stollen Association, as well as marching bands and soldiers. The cake is then cut up and sold to spectators; the proceeds are given to charity.

Get some Stollen this Christmas in Germany

Are you a Stollen fan? Will you be indulging in a slice of this particularly traditional German food this year? Let us know in the comments below!