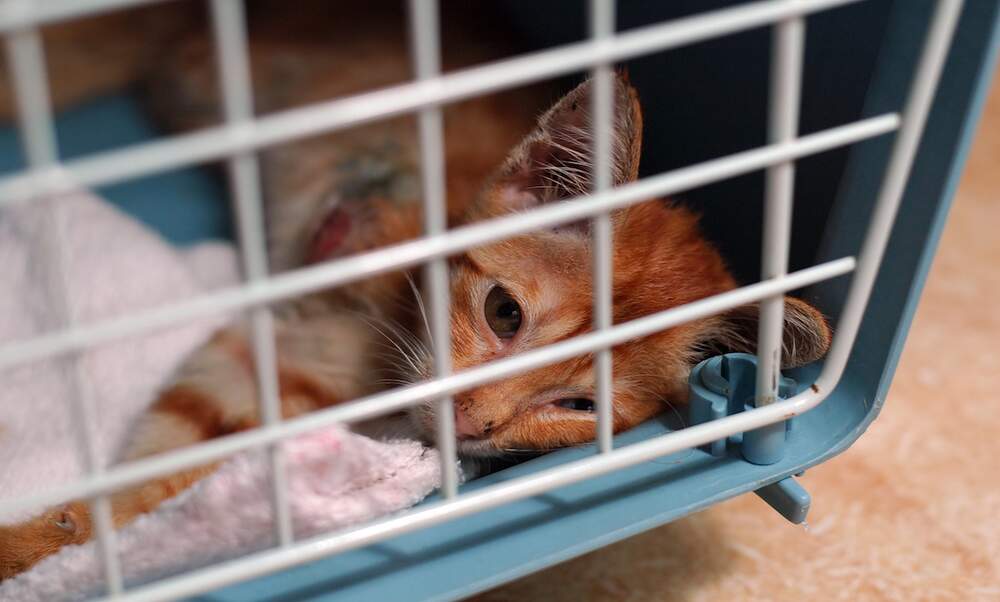 Animal rights activist groups are leading the call for the Germany-based Laboratory of Pharmacology and Toxicology (LPT) to be shut down after an undercover worker revealed the “horrific” mistreatment of the animals kept inside.

An undercover activist, who worked at the research facility near Hamburg between December 2018 and March 2019, is claiming to have witnessed shocking instances of animal cruelty against dogs, monkeys, cats and rabbits.

The LPT, which carries out toxicity testing for companies all over the world to ensure they reach regulatory standards, is alleged to have kept animals in terrible conditions and performed “barbaric” tests on them - including forcing tubes down their throats and allowing untrained professionals to administer injections. It is reported that the workers are untrained in animal care.

“The worst treatment was kept for the monkeys," alleges Friedrich Mullen from animal activist group Soko Tiershutz. Kept in cramped conditions in small cages, the monkeys were seen to be spinning in circles, which indicates high levels of stress. This renders any data collected from the animals useless since stress is known to cause changes to the animals' physiology.

Several photos and a video, which depict harrowing scenes from the laboratory, have been published online. They include images of beagles left bleeding in their cages, monkeys strapped into metal harnesses with numbers etched onto their bodies and cats with their fur worn away, trapped in tiny cages.

Calls for animal protection laws to be tightened

“It’s time for this type of testing to be relegated to the history bin,” said Kate Willett, a spokesperson for Humane Society International. Her sentiment was echoed by Cruelty Free International, who stated that the conditions clearly breach minimum animal welfare requirements set by European and German law. Friedrich Mullen called upon the German government to take immediate action and shut LPT down.

Back in July, the European Commission acknowledged “numerous failings” in German domestic law regarding the use of animals in experiments and demanded the country complied with EU directives. Last year German Agriculture Minister Julia Klöckner reaffirmed that the government was committed to complying with EU directives and decreasing the number of animals used in experiments. Former Agriculture Minister Renate Künast von den Grünen told reporters last Friday that “the expertise of those who carry out animal experiments is not sufficiently regulated.”

Criminal charges brought against the facility

The animal activists’ groups have reported the LPT to the police, who are currently investigating. German authorities raided the facility and have confirmed some of the allegations. Local authorities announced that, following an inspection by the veterinary office, criminal charges have been lodged with the state prosecutor.

Once local authorities were informed of the video footage, the veterinary office carried out a comprehensive and unannounced inspection. However, it has faced questions as to why it did not spot any instances of the abuse during their checks of the facility. Since 2015, nine inspections of the facility have taken place, seven of which were unannounced.

A police spokesperson has stated that the “challenge for the competent authorities is to examine what is and is not allowed under current legislation on animal testing and husbandry and that they will “consistently remedy all identified grievances… with all legally available means.”