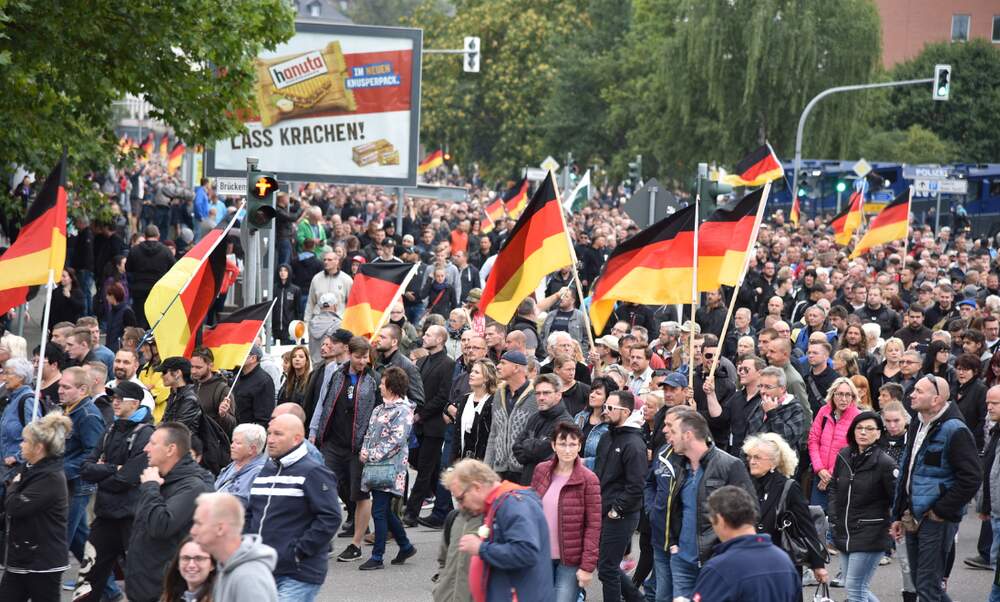 Despite making huge gains in Sunday night’s state elections, emerging as the second-biggest party in both states, the Alternative for Germany (AfD) party has not managed to oust the ruling coalitions in either Brandenburg or Saxony. Initial data shows that the far-right party’s dramatic rise hinged primarily on their ability to mobilise former non-voters, particularly those under the age of 35.

The AfD made their biggest gains in Saxony, birthplace of the German nationalist, anti-Islam movement Pegida, where they managed to secure 27,5 percent of the vote - a 17,8 percent increase on the 2014 state election. The state’s ruling coalition parties, the CDU and the SPD, both suffered significant losses (down 7,3 and 4,7 percent, respectively) but managed to cling onto power, with the CDU emerging as the overall victor.

Gains were also made by Germany’s Green party, which has never enjoyed particularly enthusiastic support in the east of the country. In both states, they rose to fourth place, commanding 10,8 percent of the vote in Brandenburg (up 4,6 percent) and 8,6 percent in Saxony (up 2,9 percent).

Former non-voters and young people turn out for AfD

More than any other party, the AfD benefited from increased turnout. According to an analysis of voting patterns by Infratest dimap, around 40 percent of AfD voters did not turn out for the previous election in 2014. That alone equates to around 240.000 votes, significantly more than their total number of votes five years ago. Overall, they managed to triple their number of voters.

And as to which former non-voters the AfD mobilised, it seems that young people in particular have been inspired to go out and vote for them. AfD dominated among the 18-24 and 25-34 age groups in Saxony, receiving 21 and 26 percent of their votes, respectively. They were also popular with the younger voters in Brandenburg, emerging as the most popular party for 25-34 year olds and second only to the Green party among 16-24 year olds.

The fact that the established parties in both states had to be rescued by older voters does not bode well for them in the future.

CDU rules out possibility of coalition with AfD

Having already ruled out the possibility of forming a coalition with the AfD, both the SPD and the CDU are now scrambling to form ruling coalitions that exclude the second-biggest party. In Saxony, it is expected that they will form an alliance with the Greens in order to have a working majority. The Left (Linke) party’s major losses in Brandenburg (down 7,9 percent) mean that the SPD-Linke alliance no longer has a majority. With the support of the Greens, however, they could just about achieve this.

AfD remains hopeful, however, that the CDU might come to rely on them, especially if coalition talks with the Greens do not go well. “The question will indeed arise,” party leader Alexander Gauland told broadcaster ARD, “Isn’t it better to talk to the AfD?” However, both CDU party leader Annagret Kramp-Karrenbauer and vice-chairman Thomas Strobl have stressed that a coalition with the AfD is out of the question.