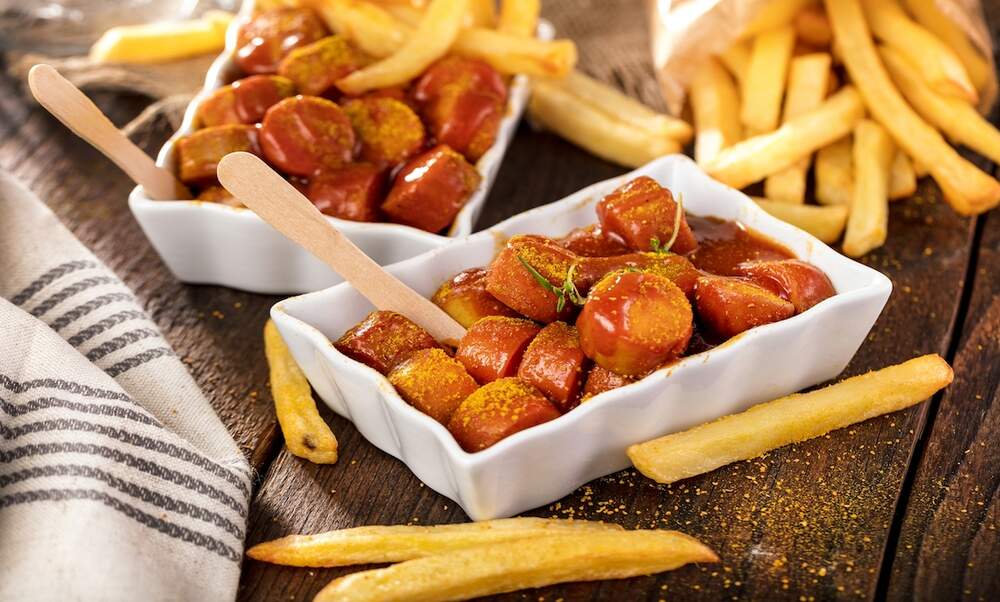 Currywurst is now officially from Berlin

Currywurst is now officially from Berlin

A trademark has been granted to the Interessengemeinschaft Berliner Traditionswurstwaren, officially making Berlin currywurst a delicacy exclusive to the capital.

The origins of currywurst can be traced back to Berlin in 1949. The story goes that Herta Heuwer invented the dish after she obtained ketchup and curry powder from British soldiers in Germany. She mixed the ingredients together, along with some spices, and poured the mixture on top of some grilled sausages.

“It can only be produced in Berlin, not in Brandenburg or Thuringia,” said Richard Mischau, head of the Mischau meat production company and chairman of the Interest Group for Berlin Traditional Sausage, which applied for the trademark nearly 11 years ago.

“Many other producers shot against it, who claimed that they could also produce the Berlin currywurst without the skin in Brandenburg or Bavaria,” said Mischau. Mischau produces around 2,5 million curry sausages in his Spandau factory, 1,7 million of them without the skin.

Mischau plans to apply for further trademarks in the future. "Next we will apply for protection for the currywurst with casing and other products from our home in Berlin,” he said.