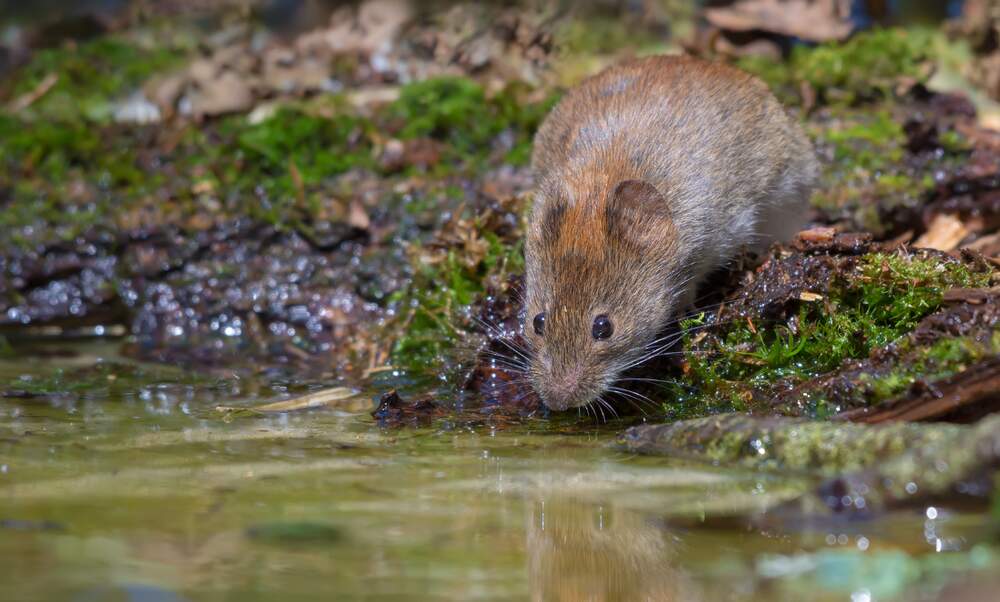 More and more people in Germany are becoming infected with the hantavirus - an infection primarily transmitted by bank voles and other types of rodents which can cause serious health problems in humans. The latest figures from the Robert Koch institute show that cases of the disease have risen dramatically in 2019.

Cases of hantavirus in Germany continue to rise

As early as May this year, it was already clear that there was a concerning upward trend in the number of hantavirus cases in Germany. The latest figures from the Robert Koch Institute (RKI) show that this trend has only continued: from January to the beginning of September 2019, there were 1.184 cases of hantavirus in Germany. For the same reference period in 2018, there were 123 cases; and only 235 in the entire year.

The dramatic rise in cases is the result of the warm weather this year, which provided optimal breeding conditions for bank voles, one of the most common carriers of hantavirus. While particularly large outbreaks have been reported in Baden-Württemberg (593 cases) and Bavaria (240 cases), the disease is clearly spreading beyond southern Germany. Multiple confirmed cases have been reported in Münsterland and Osnabrück, as well as two in Berlin.

Hantavirus is transmitted to humans through dust

In most cases the virus is passed onto humans via the respiratory tract, when they breathe in dust containing particles of the infected vole’s faeces, saliva or urine. The virus can also be transmitted through bites.

Once in the human body, those infected with hantavirus usually exhibit flu-like symptoms such as headaches, body pains, fever, vomiting and diarrhoea. In more serious cases, it can lead to kidney failure and lung disease. The RKI estimates that the mortality rate of hantavirus infection is between five and 15 percent.

Although the number of infections are piling up, there have so far been no cases in Germany in which hantavirus was confirmed to be the cause of death. One person infected with the virus died in 2019, but the Bavarian State Office for Health and Food Safety was unable to confirm whether the death was directly related to the virus.

Protect yourself from hantavirus

There is neither a vaccine nor a known treatment for the virus. The best doctors can do is treat the patient’s symptoms. The common form of the virus cannot be transmitted from person to person, so the best way to protect yourself is to avoid contact with infected animals.

Take precautions to prevent carriers of the disease - most commonly rodents - from nesting in your home. If you work outside or are clearing spaces like garages, cellars or barns, wear a dust mask to keep potentially-infected dust out of your mouth and nose. You can also prevent the spread of dust by wetting the floors before commencing work.

If you are worried you might have been infected, and you are experiencing flu-like symptoms, especially a high fever that does not go away, or if you notice blood in your urine, consult with your doctor.