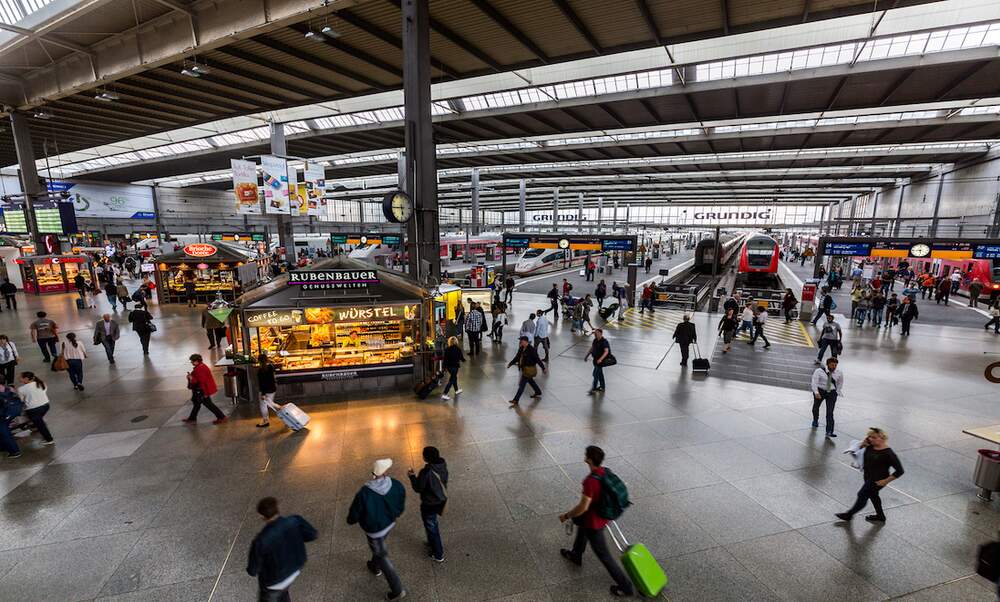 Deutsche Bahn forget to change the clocks at Munich Hauptbahnhof

Deutsche Bahn forget to change the clocks at Munich Hauptbahnhof

Setting all your clocks and watches back an hour to account for daylight savings time can be a chore - and very easy to forget, as German rail operator Deutsche Bahn found out on Sunday morning. They forgot to wind the clocks back at the central station in Munich.

Deutsche Bahn had previously said, with confidence, that there would be no issues with changing the clocks - a mammoth task involving 120.000 timepieces in different train stations, offices, ticket machines, information systems and security systems around the country. According to the public transport company, the job has become “a routine affair".

It must have been quite embarrassing, therefore, when people noticed that the company had failed to change a number of clocks at Munich Hauptbahnhof on Sunday, causing some confusion amongst commuters and other passengers - some of whom were led to believe that trains were suffering significant delays.

The changing of the clocks

The practice, which was made European law in 1996, is used as a means of maximising natural daylight as well as saving energy, particularly during the two World Wars and other crises in the 20th century.

The clock change has caused some controversy over the years, with its proponents citing health benefits, energy savings and public safety as reasons for its continued use. However, those who oppose the practice argue that there are more efficient energy saving methods and that it can cause sleeping problems and can affect concentration.