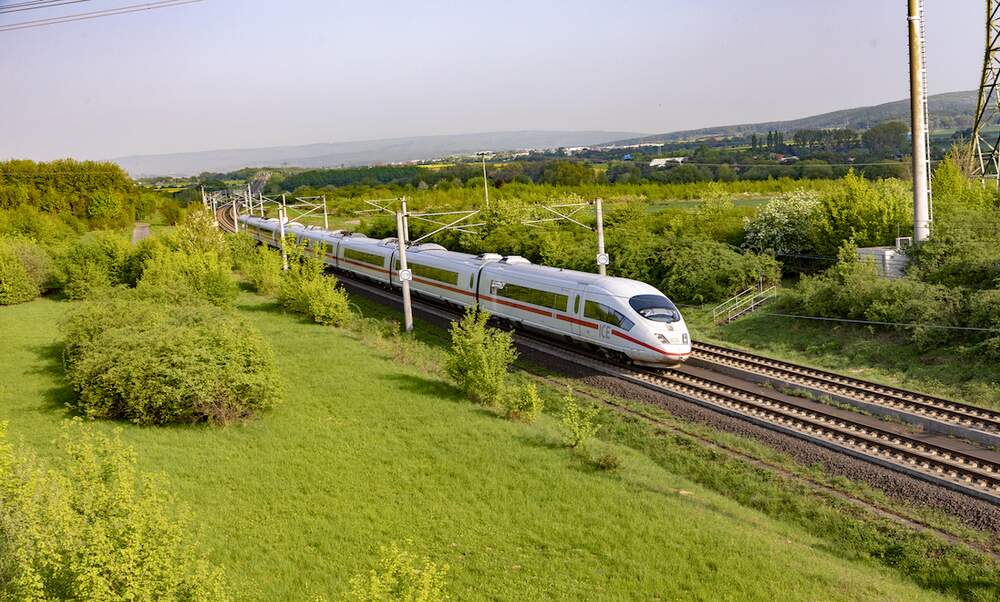 Is Deutsche Bahn really that bad? An international comparison

Is Deutsche Bahn really that bad? An international comparison

High-speed rail (HSR) is offered in many countries around world and has become an extremely popular method of transport for commuters and day-trippers, not to mention it’s so much more eco-friendly than driving.

But people living in Germany are never short of things to complain about when it comes to long-distance trains in Germany, which are primarily operated by Deutsche Bahn. If it's not the delays and cancellations, it's the crummy food or the patchy internet that really grind everyone's gears. But are things really that bad?

To answer that, we take a look at Germany's ICE network and compare it to four other high-speed rail networks from around the world.

When it comes to public transport in Germany, Deutsche Bahn reigns supreme. Carrying around two billion passengers annually, the transport company is the largest railway operator in Europe and operates Germany’s high-speed ICE network. The network has been steadily growing in popularity, with 94 million people using the service in 2018.

Despite the impressive stats, ICEs are often plagued by delays; this is due to a large number of stops per route. Furthermore, the fact that there are only a few lines reserved for ICE trains means that they often have to share the tracks with slower trains, meaning that the maximum speeds are rarely hit.

The TGV holds the record for the fastest train speed with 574,8 kmh, recorded in 2007. TGV lines are only used by TGV trains.

Operated by Renfe, the Spanish national railway company, AVE is the longest HSR network in Europe and the second-largest in the world (after China). The constantly-growing network transported a record 21,3 million passengers in 2018.

AVE trains are amongst the most punctual in the world, with a delay rate of only 5 percent. A new route of low-cost high-speed trains is also in the offing, with tickets expected to be up to 25 percent cheaper.

Colloquially known as the "bullet train", the Shinkansen network of high-speed railways in Japan was originally built to connect distant regions with the capital Tokyo. It is operated by five Japan Railways Group companies and transports around 353 million passengers each year.

In its 50-year history, during which it has transported more than 5,3 billion passengers, Japan’s Shinkansen has never experienced a fatal incident. The Japanese HSR network, which is completely separate from other train networks, is considered one of the safest and most punctual in the world, with some trains running every minute.

Connecting about 80 percent of the major cities in China, the CRH high-speed rail network is operated by China Railway and is the largest of its kind in the world. Its tracks account for about two-thirds of the world's high-speed rail tracks in commercial service, and in 2017 it delivered 1,713 billion trips.

China’s trains were originally based off foreign technology; however, the latest trains were all developed in China. While the trains might travel at a whopping 380 k/mh, there was a collision in 2011 which resulted in 40 fatalities. Subsequently, the top speed was temporarily dropped to 300 km/h.

Have you ever ridden on any of these high-speed rail networks? How was your experience and, most importantly, how do you think they compare to Germany’s ICE trains? Let us know in the comments below!

TGV had a derailment in 2015 during which 11 died though