If you and your spouse decide to permanently end your marriage, the process of obtaining a divorce in Germany is a relatively simple one. However, things can get more complicated when additional aspects come into play, for instance, if you have children together or own shared property or assets. To navigate these numerous legal aspects, it is highly advisable to consult with a lawyer who specialises in German family law, as Schlun & Elseven Rechtsanwälte explain.

Married spouses have the option of getting divorced in Germany so long as at least one partner has German residency or citizenship. This is the case even if you did not get married in Germany originally.

Although the actions of one or both spouses can contribute to the breakdown of a marriage, in Germany there is no requirement for you to provide a reason for your divorce. The law operates a so-called “break-up principle” that does not seek to designate “fault” to one of the partners.

Although the process of seeking a divorce itself is relatively straightforward, there are numerous legal aspects to be considered before you begin proceedings, from the division of assets and residence permits to child custody and access. Here’s a brief overview of some things you should think about.

Getting divorced in Germany: Reasons and Procedure

German law provides for the possibility of divorce if the marriage has failed. Generally, this is held to be the case where there is no conjugal partnership anymore, and it cannot be expected that this partnership will be restored.

Generally, this failure is proven by the couple no longer living together. If both partners want a divorce, one year of separation is required. If only one partner wants a divorce, the law requires proof that they have lived separately for three years. However, exceptions can be made to this requirement, for instance, if waiting the extra year would cause hardship to one of the partners. In instances like these, it can be waived.

If you are not German, there is also the possibility of having your case heard according to the laws that apply in your home country - for instance where there may be no requirement to separate for at least a year. If requested, German courts will occasionally allow for the use of foreign law in divorce cases.

When getting divorced it is best to work with a legal professional to ensure that it is carried out in the required legal manner. Should the divorce be amicable, it may be in the parties’ best interest to have one, shared lawyer oversee the matter. However, should aspects of the divorce be contested, both sides having a legal representative will help ensure that they both receive expert legal support.

Divorce costs in Germany vary greatly based on multiple factors, including the so-called “value of the divorce”, and whether it is contested or amicable. In contested cases, several lawyers may be involved and resolving disputes regarding assets will involve more work, resulting in higher costs.

The value of a divorce is not the same as the legal fees or court fees. The value of the divorce is a legal necessity that has to be worked out to determine the cost that the court and lawyer will charge. It is based on several factors, including:

The full cost of a divorce varies significantly from case to case. It is largely dependent on the complexities involved, as well as the amount of time committed to legal work on both sides.

A critical consideration in divorce cases is how both personal and business assets will be divided between the two spouses.

Debts accrued during the marriage will also be examined in the post-divorce division.

For these assets or liabilities, determining whether they are under joint ownership is critical. Liabilities will not be considered joint liabilities if they are not signed for by both spouses. In some cases, signed contractual agreements can be seen as “unfair” for both parties to pay if they are exclusively for the benefit of one spouse.

Protecting business assets should be a priority for entrepreneurs when divorcing in Germany. If there is one, a marriage contract (prenup) provides a clear path in these cases. For entrepreneurs and the future of their business, having a prenup is vital, as any assets obtained during the course of a marriage are considered the shared, accrued gains of both spouses. Without an agreement, in the event of a marriage ending, you run the risk of these assets being divided equally between spouses. Such a division can leave the entrepreneur open to experiencing major disruption, and potentially losing their business.

Property division can be complicated, especially in the case of the marital home. Should the property be paid for by both spouses and under a joint account, difficulties can arise regarding its division. In these cases, it is best if the spouses can reach some agreement concerning how to resolve the issue. For example, it may be possible for one spouse to compensate the other to take complete control of loan repayments and thus the property itself. Other solutions include:

Ideally, solutions to this issue should be contained in the prenuptial agreement.

In Germany, marriage contracts or prenuptial agreements are becoming more common. Under German law, they can be drawn up before or during a marriage. Such agreements need to be signed in the presence of a notary for them to be legally binding. Prenups are particularly important for entrepreneurs and those with important business assets.

Prenuptial agreements in Germany are designed to outline what should happen to both personal and business assets accumulated during the marriage in the event of divorce or death. Prenups should be used as an insurance policy and considered by every marrying couple. Creating a fair prenup at the beginning of a marriage will be beneficial, as it alleviates the risk of potentially bitter divorce proceedings.

There are rules regarding what can and cannot be provided for in a prenup. For example, spousal maintenance cannot be denied during the separation period but can be waived post-divorce. However, the agreement may be deemed invalid if the partner rejecting the maintenance is not in a financial position to be able to dismiss that support. Prenups can also not be used as a way of not paying child support. The court may intervene when a prenup is seen as unfair or one-sided.

Similarly, the agreement can be challenged where there is ambiguity and a lack of clarity. Parties should strongly consider consulting with experts in family law when seeking to draft a prenup.

In an international marriage, it may be the case that one partner’s residence permit is linked to their marriage. Such a situation can be a cause of great concern. However, protections exist under § 31 German Residence Act (Aufenthaltsgesetz) that allow that partner to have an extra year of residency in Germany following a divorce. This additional year applies in cases where the couple has been married for at least three years in Germany.

During this extra year, the partner should find another reason to be granted a residence permit to remain in Germany. For example, they could find skilled work and base their subsequent residence permit application on that status.

If the marriage lasted less than three years, the situation is more complicated. If the person’s residence permit is based solely on their marriage, they are less likely to be granted that one-year extension. The most likely situations where it will be granted include the following:

The German authorities will be more likely to look favourably on a case in situations where the person can support themselves.

Generally, joint custody is awarded in divorce cases in Germany. However, the guiding principle of the matter is what is in the "best interests of the child". Even where the parents live sparately, joint custody means that essential decisions regarding the child must be made by mutual agreement.

Sole custody is less common, but it may be granted in divorce cases in the following circumstances:

Voluntary relinquishment of custody usually happens when one parent feels this is best for their child or is overwhelmed by the new situation. That parent applies to the family court to transfer sole custody, so long as the other parent agrees.

On the other hand, one parent might feel that joint custody is harmful to the child's welfare. In these kinds of cases, the matter is brought to court. Courts will examine whether awarding sole custody is in the child's interest by examining:

The child's best interests are endangered, for example, if there is proof of violence or neglect by one parent.

If a parent seeks to move the child to another location, for instance to a country abroad, the issue of child custody becomes essential. The parents or the parent with custody are authorised to decide where the child is to live. In cases with joint custody, it is best to approach the matter in an amicable manner and with the child's best interests put front and centre.

Divorce can be a tricky, thorny issue. To make sure you are receiving the best legal advice, it is worth working with experienced legal professionals with deep knowledge of German divorce law, such as those at Schlun & Elseven Rechtsanwälte. 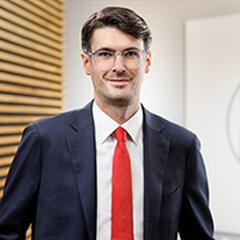 Dr. Tim Schlun is a managing partner of the Schlun & Elseven Rechtsanwälte PartG, a multidisciplinary law firm he co-founded in 2015. As a lawyer, he provides excellent legal assistance...