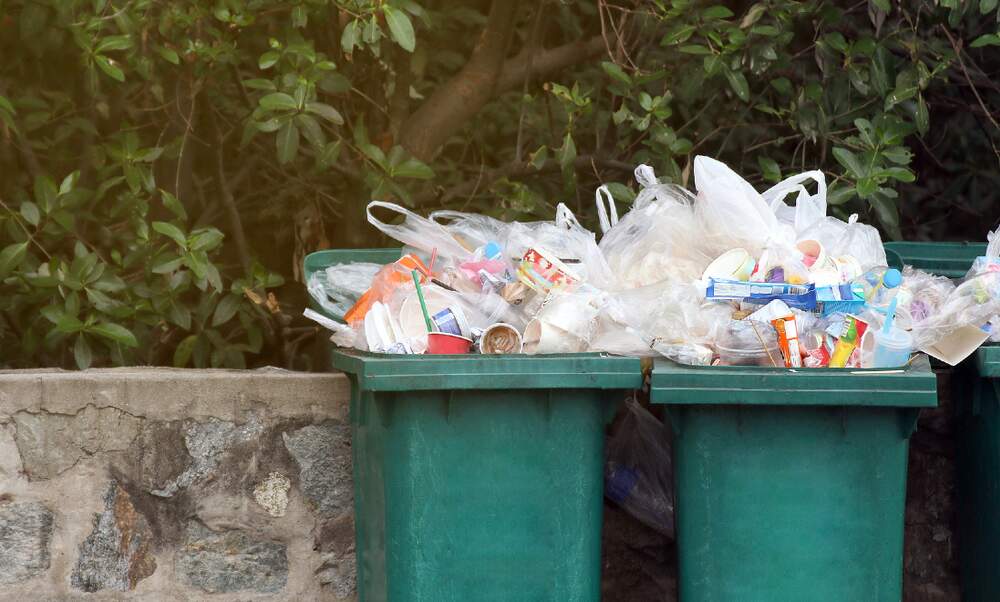 Each person in Germany creates 227,5kg of packaging waste per year

Each person in Germany creates 227,5kg of packaging waste per year

The consumption of packaging in Germany continues to rise, reaching a record high of 18,9 million tons in 2018 - the equivalent of 227,5 kilograms per person.

Each person in Germany produced 227,5 kilograms of packaging waste in 2018, the Federal Environment Agency (UBA) has revealed - one kilogram more than in the previous year and an 18 percent increase over the past decade.

The UBA’s data does not yet reflect how the coronavirus crisis has impacted packing consumption - the latest figures apply only to 2018 - but experts are relatively confident that the closures of shops and restaurants can only have pushed packaging consumption higher.

69 percent of packaging waste recycled in 2018

In general, the UBA highlights a few reasons for the surge in packaging consumption in recent years. In addition to economic growth and changes in consumer habits - the increasing popularity of smaller portions, online shopping and takeaway food and drink -  they highlight the trend towards resealable packaging, portioning aids and generally more complex closure systems on packaging - all of which generate more waste.

UBA Chief Dirk Messner said of the figures: “Packaging should be avoided before it even occurs.” He appealed to consumers to switch to reusable containers and end the “flood of pizza boxes and coffee cups in rubbish bins and parks.” He also said that the onus was on manufacturers to make packaging as simple as possible so that it is easy to recycle and reuse.

The small positive take away from the report was that, although Germany is producing more packaging waste than ever before, it is also recycling much more of it - as much as 69 percent of Germany’s packaging waste was recycled in 2018, according to the UBA. The rest was used “energetically” - meaning it was incinerated at waste fuel plants to create energy.