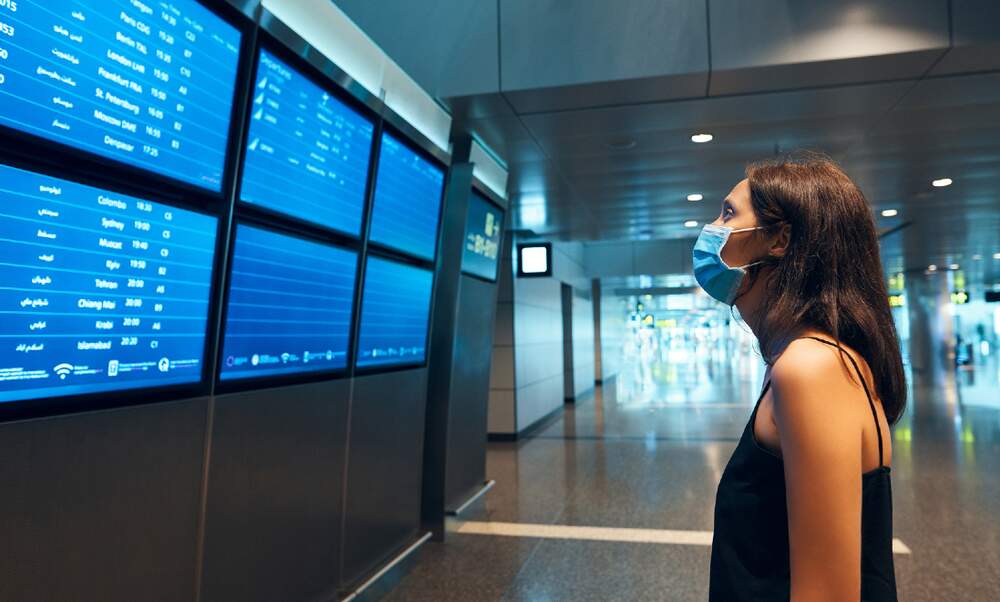 Face masks likely to become mandatory at all German airports

Face masks likely to become mandatory at all German airports

In anticipation of higher passenger numbers as Europe readies itself for the summer holiday season, a general mask requirement looks set to be introduced at all German airports.

According to Spiegel, airport authorities and operators have drafted a proposal for security measures at Germany’s airports, to help them cope with the expected increase in passenger numbers over the coming months. The issue has also already been discussed by the heads of Germany’s 16 federal states and the Chancellor’s office.

A constituent part of the proposal is the general obligation to wear a face mask, since in many parts of the airport - for instance at security controls, on shuttle buses, or at baggage reclaim - it would be difficult to maintain a 1,5-metre distance.

The requirement could be announced as soon as this week, according to Spiegel, and presumably well in advance of Germany lifting its EU travel warning on June 15 - when a significant spike in passenger numbers is expected.

Up until now, Germany has only issued a general recommendation for passengers and airport staff to wear mouth and nose coverings. This ruling would impose a formal obligation, such as that already in place in supermarkets and on public transport across the country. The mask requirement would not apply at passport control or to children under the age of six.

Several airlines, including Lufthansa, already require their passengers to wear masks on board. Other large airports in Germany - such as those in Stuttgart, Munich, Düsseldorf and Berlin - also require face coverings in terminal buildings.