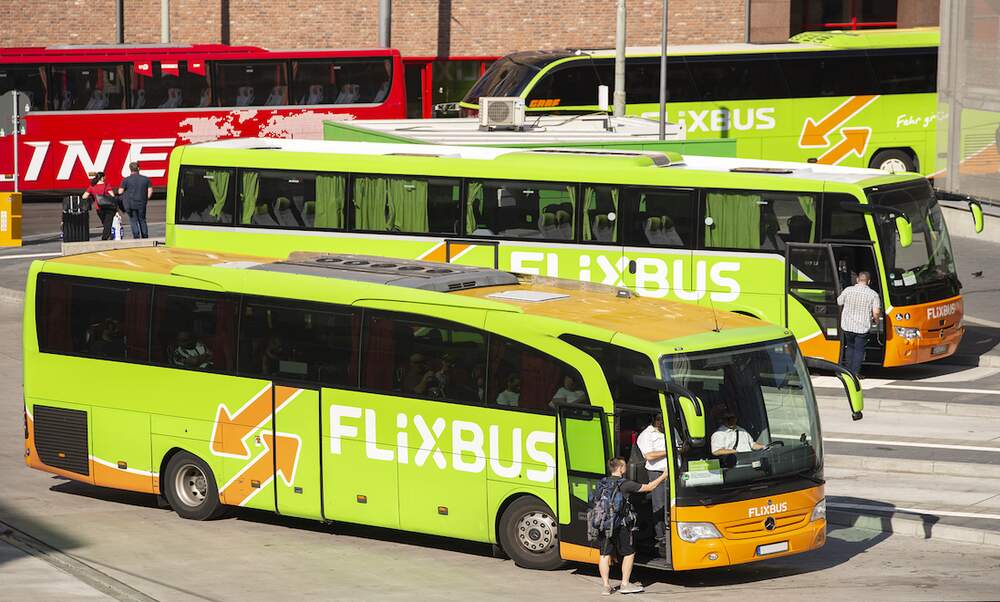 FlixBus could cancel 30 percent of its bus routes by 2021

FlixBus could cancel 30 percent of its bus routes by 2021

The long-haul bus company FlixBus has warned that it may be forced to cancel up to 30 percent of its network if the government presses forward with its plans to reduce VAT on long-distance rail travel only. The planned tax reduction is part of the climate package adopted by the federal government in November.

As part of Germany’s commitment to reducing greenhouse gas emissions by 2030, the Bundestag adopted a package of climate-friendly measures back in November. One of the package's cornerstone policies was the reduction of VAT on rail travel tickets for journeys of 50 kilometres or more to be reduced from 19 to seven percent. By doing this, the Federal Government hope to encourage more people to travel by train, rather than by other means of long-distance transport, such as by car or plane.

This tax reduction would, however, apply only to the long-distance rail industry, which is almost entirely provided for by the federally-owned company Deutsche Bahn. This has drawn a disappointed reaction from the founder of FlixBus, André Schwämmlein, who earlier this year submitted a request to have the same VAT reduction applied to long-distance bus travel. It was rejected by representatives from Berlin in the Bundesrat.

Schwämmlein has since written to Michael Müller, Mayor of Berlin, requesting that Berlin rethinks its stance on the VAT reduction. Schwämmlein has pointed out that travelling by bus on long haul journeys is also an exceptionally environmentally friendly means of transport.

However, it has been reported that Berlin rejected the VAT reduction for long distance bus travel because buses were previously exempt from the truck toll. A spokesperson for the Senate Department for the Environment, Transport and Climate Protection said that long-haul rail companies “are charged full infrastructure costs through train path and station charges. Therefore, a VAT reduction for long-distance bus tickets can only be considered if the long-distance bus service also carries its full travel costs.”

In his letter to Müller, Schwämmlein highlights the problems FlixBus may face due to the VAT reduction. “We have to assume that DB will massively invest the benefits granted to it by the state in the competition with long-distance bus traffic,” he said. “We will not be able to counter this with even higher discounts.”

A spokesperson for FlixBus, Sebastian Meyer, elaborated that this might mean the scrapping of around 30 percent of their network. This would also mean that a number of destinations would be inaccessible from Berlin. These cancellations to the network are expected to come in effect in 2021.

The exact date of the VAT reduction has yet to be determined; while originally it was intended to be introduced early next year, the ongoing deiberations over the exact outlines of the climate package mean that this could be delayed until spring 2020.