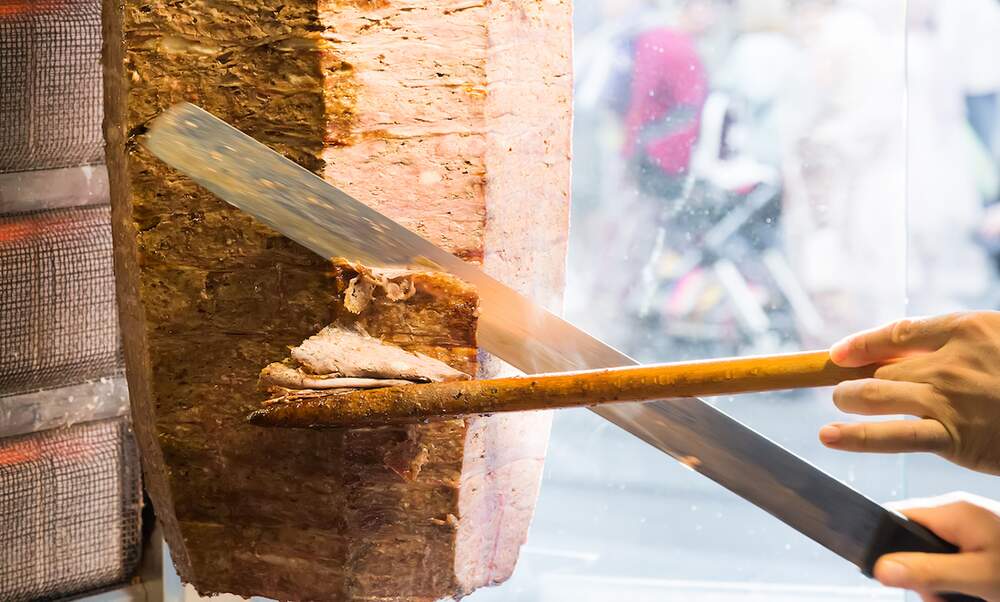 The central German city of Weimar has decided to enforce a 31-year-old guideline that will force a lot of kebab restaurants to rename their classic dish, the döner kebab.

City authorities in Weimar have ordered that one of Germany's most popular dishes, the döner kebab, be renamed after they decided to uphold a 31-year-old federal guideline that decides what can and cannot be labelled “Döner". Some restaurants in Weimar will now have to label their kebabs as “Drehspieß im Fladenbrot” (rotisserie (meat) in flatbread).

The law in question, the “Guidelines for Meat and Meat products”, was presented to the Food and Agriculture Ministry in 1988 and recommended that döner meat must reach a certain standard - it must therefore be made of trimmed lamb or beef; the proportion of minced meat cannot exceed 60%; and only salt, egg, spices, oil, onions, milk and yoghurt can be added.

Weimar becomes one of only a few other German cities to enforce the ruling, even though the guidelines were composed by a national body. This has caused outrage amongst local restaurant owners, as many source their meat from factories which use industrial flavour enhancers and thus do not meet the new requirements.

The food inspection office in Weimar has asserted that enforcing the guidelines will protect consumers from being misled, giving them a better idea of what they are being sold and eating. However, local restaurant owners insist that customers still ask for “döner kebab” and that there is no need for a name change, especially since in Turkish "döner" means “rotary” and “kebab” means "grilled meat".

Challenging the production of meat in Germany

The production of döner meat in Germany frequently comes under criticism due to complaints of poor-quality ingredients and the use of additives. Phosphates in particular have long been the subject of disapproval from health experts, who say that additives increase the risk of cardiovascular diseases.

Phosphates are a commonly added to meat and fish, as well as fizzy drinks, sauces, cheese products and dessert mix. Two years ago, the European Parliament rejected plans to ban phosphates. However, in June this year, The European Food Safety Authority (EFSA) issued new guidelines on phosphate consumption, warning that the additive is excessively present in young people’s diets.