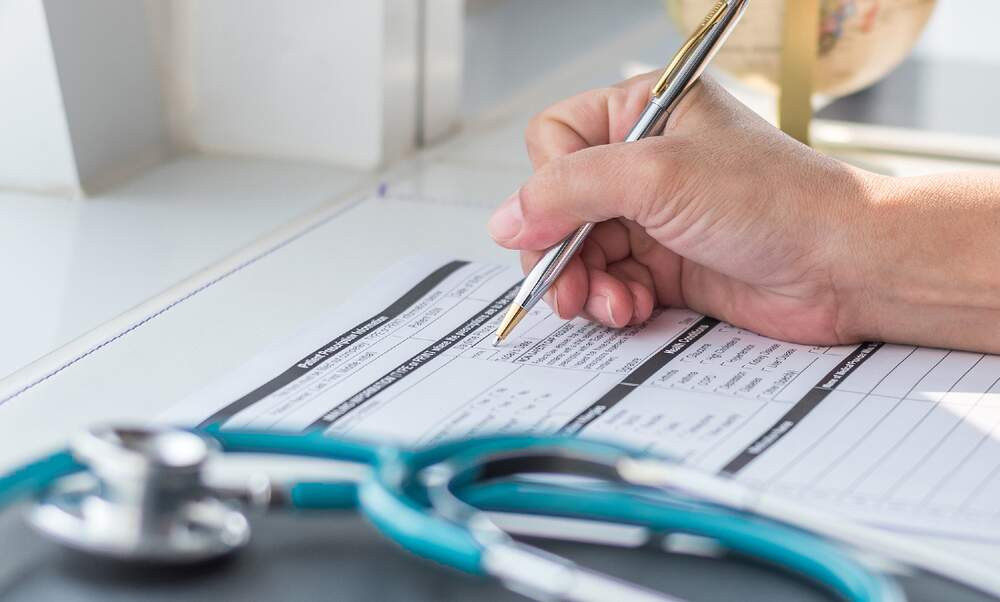 German doctors being "suffocated by bureaucracy"

German doctors being "suffocated by bureaucracy"

The majority of doctors in Germany spend more than three hours per day on administrative tasks, according to a new survey. The figures have prompted some to raise the alarm about clinicians being “suffocated” by bureaucracy, to the detriment of their patients’ health.

Doctors in German hospitals are complaining that an increasing proportion of their time is being swallowed up by administrative tasks, leaving them with less time for their patients and placing them under great strain.

According to a new survey by the medical union Marburger Bund, 60 percent of all medical professionals in Germany spend three hours or more per day on bureaucratic tasks. Every third person (35 percent) spends four hours or more.

“We are literally suffocating in bureaucracy,” said the chair of the Marburger Bund, Susanna Johna. “It is simply a scandal, how much manpower and working time is wasted on data collection and documentation.”

Staff in clinics and nursing homes also complain about too much administration: “Less bureaucracy is always top of [their] wishlist,” said the federal government’s nursing commissioner, Andreas Westerfellhaus. “It’s incredible, but true, that in 2020 health insurance companies and nursing homes still require stacks of paper receipts.”

Nursing staff are often forced to compile performance records and to coordinate prescriptions with the health insurance company by fax and telephone. “Digital data management saves time for actual care and has a positive effect on job satisfaction - in nursing homes as well as hospitals,” said Westerfellhaus.