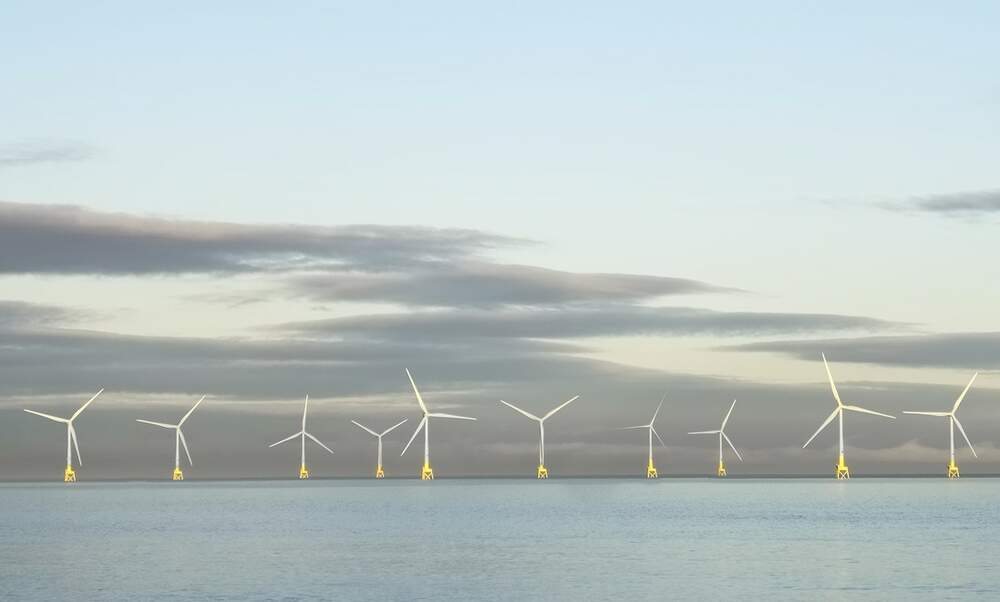 Offshire wind turbines are a great source of renewable energy, but usually they need to be firmly attached to the bottom of the seabed - and this can only be done up to depths of 50 metres. If the turbines no longer needed to be anchored, it would open up huge, completely new areas for electricity generation. Enter Germany energy company EnBW and its floating wind turbines.

EnBW, the energy company headquartered in Karlsruhe in Baden-Württemberg, is hoping to shake up the world of wind powered energy, and, together with Aerodyn Engineering, has begun testing two floating wind turbines on a quarry lake in Geestland.

Unlike standard wind turbines, which have to be firmly anchored to the seabed with steel frames, these floating turbines are connected via a floating foundation, which is kept in place by lines and anchors.

“With the new technology, countries and ocean areas with great water depths are possible,” said Hannah König, head of Wind and Maritime Technology at EnBW. The test models are just 18 metres tall and function to depths of 10 metres. If they went into actual operation, they would stand at 180 metres, enabling them to function in water up to 100 metres deep - double what is currently possible.

Companies and research institutions around the world are currently working on the development of floating wind turbines, which have already been tested in other countries like Scotland and Spain. Back in 2018, Aerodyn tested a floating wind turbine off the coast of Japan.

Further tests on EnBW's prototypes are scheduled to be carried out in the Baltic Sea and off the coast of China, before the turbines can be put into use.