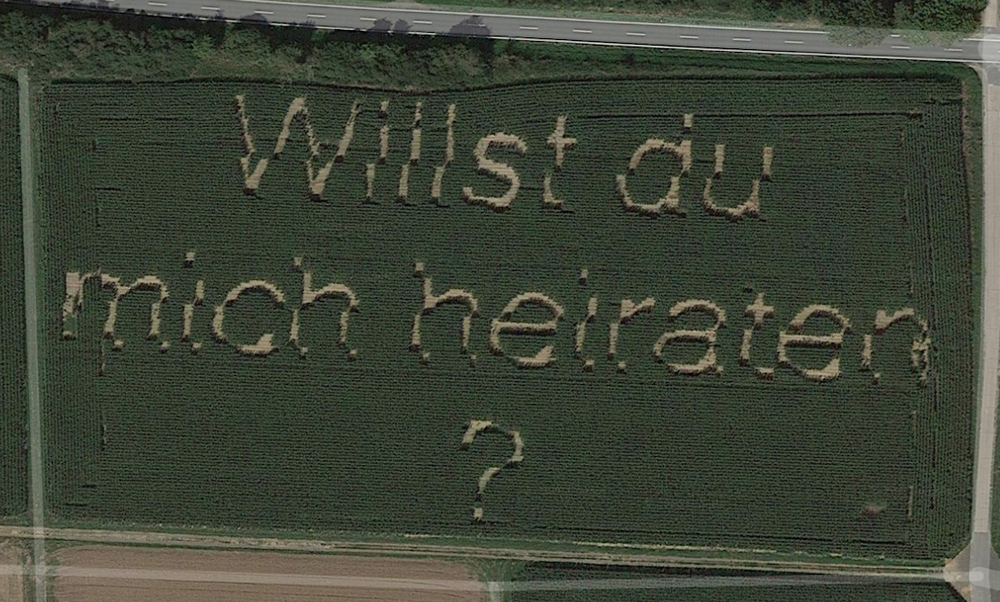 For some people, a proposal is an intimate thing but for others it’s an opportunity for the spectacular. One man in Germany asked for his girlfriend's hand in marriage in a remarkable fashion and ended up with a bigger audience than he bargained for.

Message in the fields

Steffen Schwarz, a part-time farmer and full time romantic, used the tools he had at his disposal to propose to his girlfriend in quite a spectacular fashion. He used a seeding machine, to spell out “Will you marry me?” across the width of a five-acre field in Hüttenberg.

Schwarz then told his girlfriend that he had seen wild boars in the field and gave her a drone to see if she could spot them. “At first she couldn’t see it [the proposal] because the drone wasn’t flying high enough. But when she realised, she said yes immediately,” he explained.

The message wasn’t intended to reach anyone else, other than Schwarz’s betrothed, the birds and maybe someone who just so happened to look out the window of an aeroplane flying overhead. However, his message ended up reaching a lot more people.

Schwarz told local reporters that he first learned his proposal had been caught on Google Maps by an aunt in Canada, who sent him a screenshot of the message. You can find it yourself - just left of the street called Stieläcker in Hüttenberg. 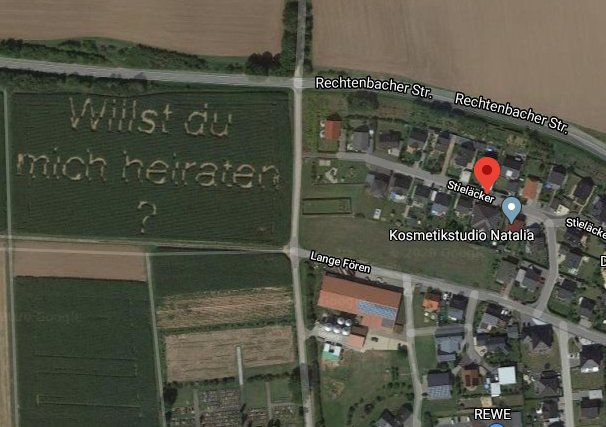 How's that for a Valentine's Day news story?