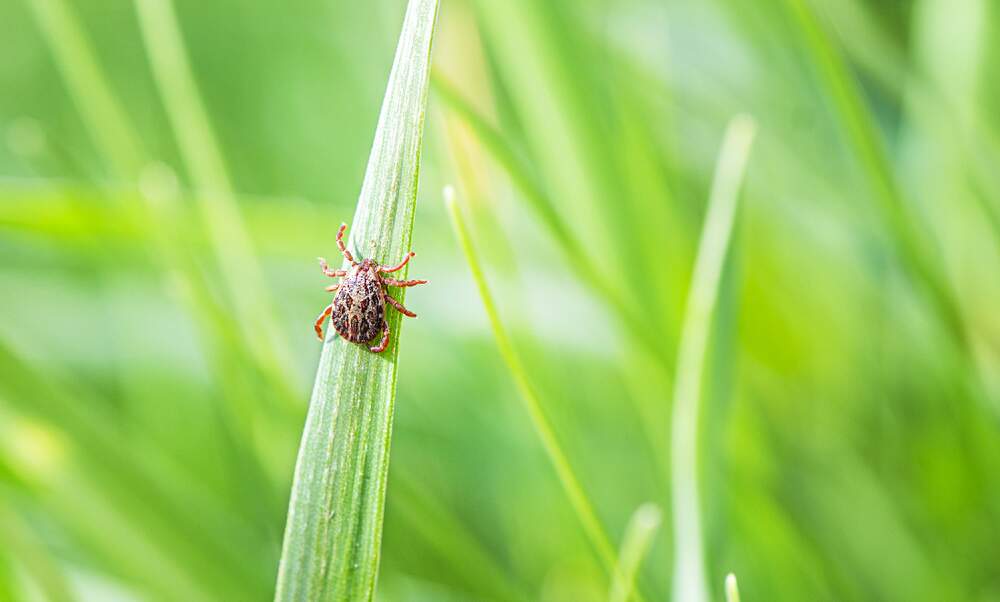 Tick season in Germany has already begun. But the German Red Cross is warning that a number of factors could collide to make this year’s season a particularly dangerous one.

2020 a good year for ticks in Germany

Many of us have been stuck at home for nearly two months now, and now that the weather is improving, it’s perfectly natural that people are being drawn outside. However, the fine weather also means that ticks are on the prowl.

These blood-suckers don’t know anything about social distancing and can transmit diseases like Lyme disease and tick-borne encephalitis (TBE), which can be deadly. The German Red Cross (DRK) is warning that ticks pose a particularly severe danger this summer, after the mild winter led to a significant increase in tick populations. The number of TBE risk areas in Germany has also increased this year.

Where do ticks pose a danger?

Ticks generally lurk in forests and parks, but can also be found in home gardens on grasses, ferns or shrubs. They cling to the undergrowth, waiting for a passing animal or human that they can attach onto. They usually bite into soft skin areas, such as underarms or the backs of knees.

This year, a total of 164 districts in Germany have been defined as TBE risk areas. They are primarily in the states of Bavaria and Baden-Württemberg, but also in parts of Hesse, Rhineland-Palatinate, Saxony, Lower Saxony, Thuringia and Saarland. You can check this interactive map to see which areas in Germany are most affected by tick-borne diseases.

A risk area is calculated based on disease data from the past five years. Due to the impact of climate change, tick researchers are predicting that more and more northern regions will become risk areas over the next few years.

Ticks become active from temperatures of around eight degrees celsius, meaning that they generally hibernate from November to the end of February, but rising temperatures are allowing them to wake up earlier and earlier every year. They also prefer wet weather.

What diseases do ticks transmit?

Generally, up to 30 percent of all ticks in Germany carry these pathogens, depending on the region. However, diseases are generally not transmitted until the tick has been sucking blood for several hours. This means that only a very small proportion of those bitten - around one percent - develop symptoms of the disease.

If you have been bitten by a tick and you develop flu-like symptoms or lymph node swellings, or if a ring-shaped inflammation appears around the bite, you should consult with your doctor, to be on the safe side.

There is a TBE vaccination, which the Standing Committee on Vaccination (STIKO) recommends for anyone who might be exposed to ticks in TBE risk areas - for instance those who spend a lot of time outdoors. It is especially recommended for those who are at risk of occupational exposure to TBE, such as laboratory staff and forestry and agriculture workers. If you live in a high-risk area or plan to travel to and stay in one, your statutory health insurance might cover the cost of vaccination.