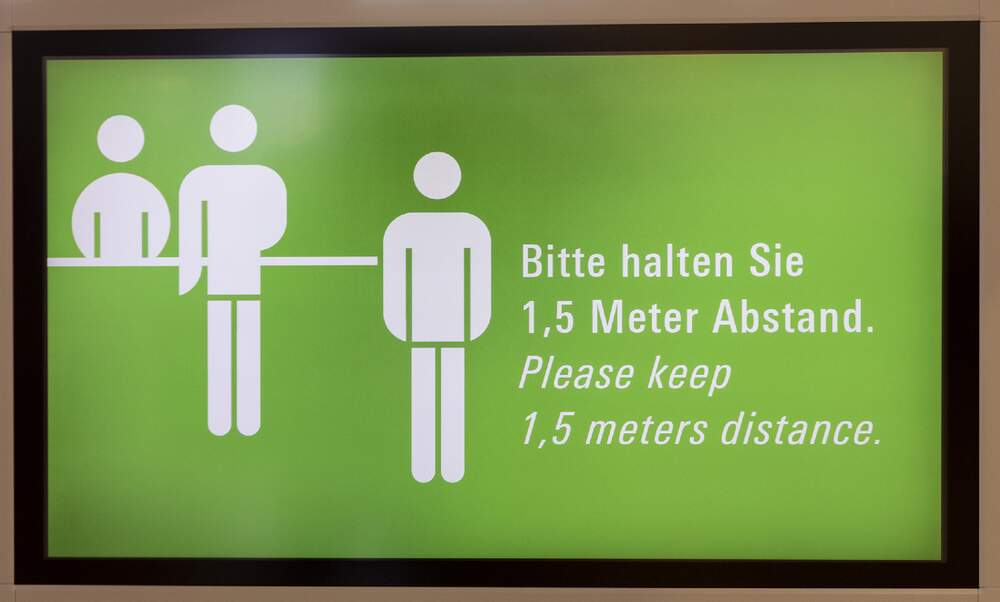 German states agree lockdown should be extended - but for how long?

German states agree lockdown should be extended - but for how long?

With current lockdown measures having little impact on infection rates and daily death tolls, Germany’s federal states are in agreement that the current lockdown should be extended at tomorrow’s summit. The only debate is over the length of the extension - and what to do with schools.

Germany’s current coronavirus restrictions - which include the closure of non-essential shops, the extension of school holidays and strict curbs on social gatherings - are due to end on January 10, but so far they have had little effect on the country’s high coronavirus infection rate.

On Monday, health authorities in Germany reported 9.487 new coronavirus infections and 302 deaths in the past 24 hours. But with public holidays causing a reduction in testing and delays in reporting, these figures are expected to rise over the coming days.

Just last week, on December 30, a new high of 1.129 deaths in one day was recorded, and new figures show that more than half of all coronavirus deaths in Germany occurred in December. The last month of the year saw 16.718 deaths related to COVID-19, compared to the 6.155 recorded in November. Calls are therefore growing for the current lockdown measures to be extended.

Ahead of Tuesday’s coronavirus summit with Chancellor Angela Merkel, the leaders of the 16 German federal states reportedly agreed during a video conference on Saturday that the current lockdown should be extended. They only disagreed over the length of the extension, and whether schools and childcare facilities should be included.

The hardest-hit states, including Bavaria, Saxony, Thuringia and Baden-Württemberg, are reportedly calling for the lockdown to be extended for three weeks until January 31. “The lockdown must be extended until the end of January,” said state premier Markus Söder. “Premature easing would set us far back again.”

His comments were echoed by the state premiers of Saxony and Thuringia, Michael Kretschmer and Bodo Ramelow. Kretschmer said that Germany must be “consistent” and have “nerves of steel”, while Ramelow - who is reportedly pushing for even tighter lockdown controls in his state - described it as a case of “gritting our teeth now in January” to keep the healthcare system functioning.

However, the premiers of Bremen, Hamburg and Hesse, where the infection situation is not so severe, are reportedly leading towards a shorter two-week extension, before reassessing the situation.

The reopening of schools and daycare centres has also become a particular sticking point among lawmakers after new research suggested that coronavirus also spreads in schools - something which was not initially thought to be the case.

The mayor of Hamburg, Peter Tschentscher, has called upon the federal government to provide a “scientific basis” for its blanket closure of schools. Söder, on the other hand, warned against a “hasty reopening of schools and daycare centres”, something which he described as “irresponsible” in view of the high infection numbers.