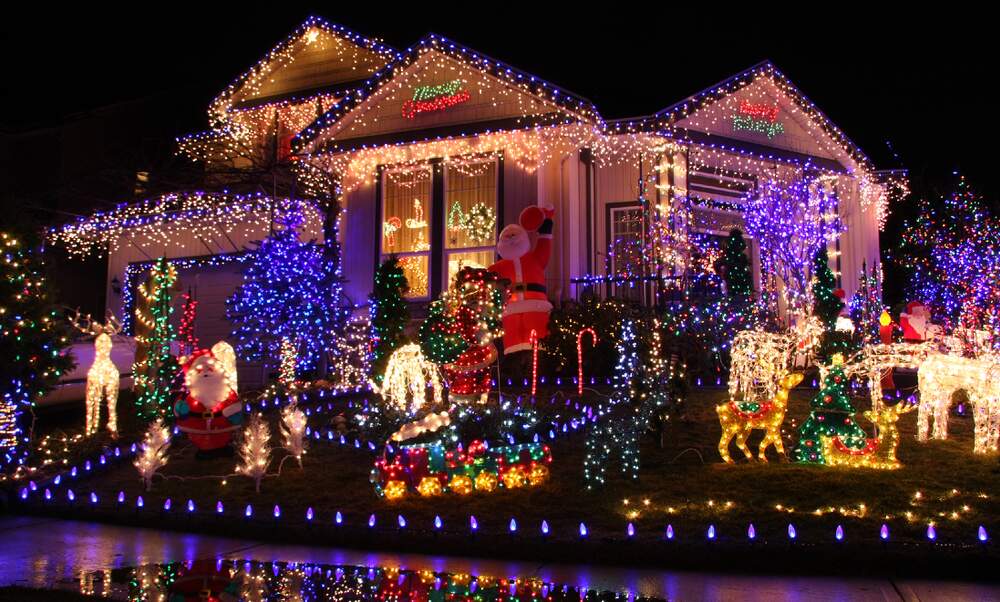 Germans happy to ditch Christmas lights to help save the planet

Germans happy to ditch Christmas lights to help save the planet

They light up our windows, festoon our Christmas trees and make our cities sparkle - but they’re not terribly environmentally-friendly. That’s why some people in Germany are opting to scale down their Christmas lights this year, in an effort to do the planet a favour.

One in 10 in Germany doing without Christmas lights this year

A slim majority of people in Germany are in favour of downsizing their Christmas light displays or ditching them completely, a new survey has found. With environment top on Germany’s agenda this year, Christmas lights are coming under scrutiny because of their elephantine carbon footprint.

Accordingly, a survey conducted by YouGov on behalf of DPA found that 57 percent of those asked said that they would put up a more modest display, or even scrap it entirely, due to climate concerns.

On the other hand, 35 percent of those surveyed still seem to think that Christmas just isn’t Christmas without some sparkling lights, saying that scrapping them isn’t an option for them.

The survey also found that opinion is equally split on whether there should be fewer Christmas lights in general - with 44 percent of the vote on each side.

At the same time, however, a much larger majority - 79 percent - said that they appreciate having lights up during the run-up to the national holiday and 70 percent said that they were planning to decorate their homes with electric Christmas lights this year.