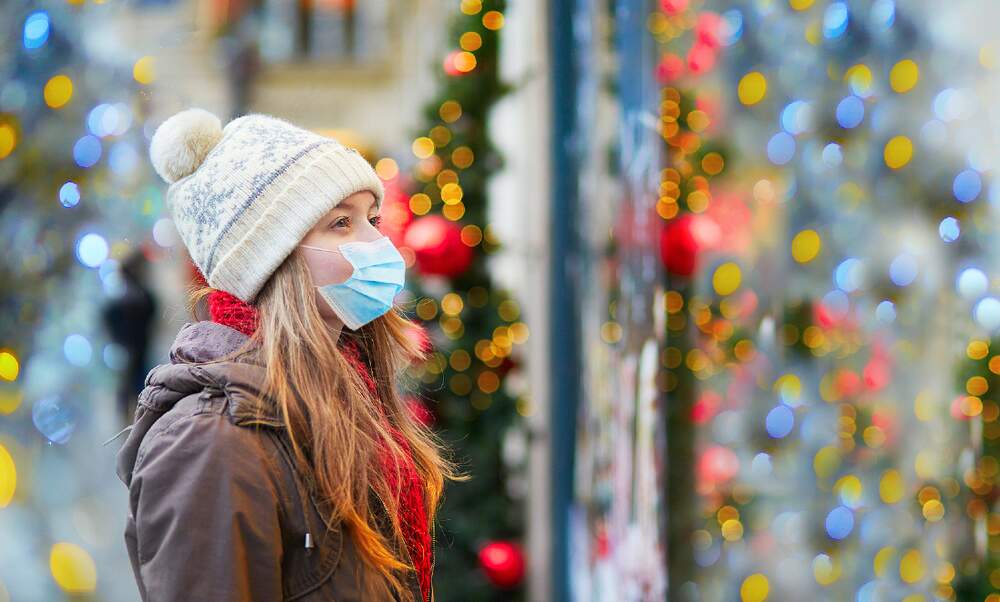 Germany goes into tougher lockdown: What's open and what's not?

Germany goes into tougher lockdown: What's open and what's not?

On Wednesday, Germany entered a tougher lockdown, in an attempt to bring infection numbers down in the lead-up to the holidays. Shops, daycare centres and schools will mostly be forced to close their doors, and a fireworks and alcohol ban will apply in public over New Year. Here’s an overview of the new coronavirus rules in Germany.

As always, each federal state has the power to diverge from the general rules that were agreed upon by state leaders and Angela Merkel at the coronavirus summit on Sunday. Some notable exceptions are outlined below, but in general the following rules apply across Germany as of midnight on Wednesday, December 16. Initially, they will remain in force until January 10 - but could be extended, depending on the spread of coronavirus in Germany.

In principle, gatherings are still limited to five people from a maximum of two households, not including children below the age of 14. Between December 24 and 26, this rule will be relaxed slightly to allow households to invite up to four extra people to join their celebrations - but this should be limited to the “closest possible family circle”, including spouses, partners and other close relatives. Citizens are also urged to keep social contacts to an absolute minimum in the weeks leading up to Christmas.

On both December 31 and January 1, a nationwide ban on gatherings in busy public spaces will be in place. Individual municipalities are to determine where the setting off of fireworks is prohibited. Fireworks are also to be strongly discouraged, by bans on sales in the lead up to New Year’s Eve.

In general, the retail trade will be closed between December 16 and January 10. Exceptions apply to “essential” services, which include:

A ban on consuming alcohol in public will remain in place for the entire lockdown periods, with fines for anybody found to be breaking the rules.

From Wednesday until January 10, children should be “looked after at home whenever possible”. Schools will either be closed or compulsory attendance suspended, with emergency care, distance learning and paid leave opportunities in place to help support parents. The same regulations will also apply to childcare facilities. Employers are encouraged to declare company holidays or enable their employees to work from home so that people can generally stay at home as much as possible over the lockdown period.

Everyone is asked to refrain from non-essential travel until January 10, but this does not mean travel is outright banned. Quarantine obligations still apply to those returning from coronavirus risk areas abroad.

Worship services in churches, synagogues and mosques, as well as meetings of other religious communities, will be permitted, with restrictions in place. That means that a distance of 1,5 metres must be maintained, singing will not be permitted, masks must be worn and all attendants must register their personal details.

Exceptions to the coronavirus rules in individual German states

The following exceptions apply in these federal states:

An 8 pm - 5 am curfew applies in Baden-Württemberg. Between these hours, you may only leave the house to work, if there is a medical emergency or if a minor needs to be accompanied. The regulation will not apply over the Christmas national holidays.

In the southern state of Bavaria, a strict nighttime curfew will apply from 9 pm until 5 am. Being out in public between these hours is only permitted in a few circumstances - such as professional obligations or medical emergencies. Anyone caught breaking the curfew could be fined up to 500 euros.

While there is not a strict curfew in place in Berlin, there are exit restrictions. This means you are asked not to leave your home without a valid reason, which includes shopping, visits to the authorities, visits to the doctor, or walking the dog. Primary schools and daycare centres will only offer emergency care.

Berlin has also made an exception for book shops, which will not be included in the general retail shutdown. This was also the case in the capital city during the lockdown in the spring. In Berlin, only children up to the age of 12 are exempt from contact restrictions.

Berlin’s neighbour Brandenburg has tightened nighttime restrictions between 10 pm and 5 am. Between these hours, leaving one’s home is only permitted in certain circumstances, such as for professional reasons, to visit spouses or life partners, or to accompany people in need of support. These restrictions will be relaxed over Christmas Eve and New Year’s Eve, with the curfew only beginning at 2 am on Christmas Day and New Year’s Day.

Daycare centres will remain open in Bremen, but parents are being asked to look after their children at home as much as possible. The sale of takeaway alcoholic beverages such as mulled wine is currently prohibited.

Schools in Hamburg will remain open until the start of the school holidays on December 18, according to the mayor of Hamburg, Peter Tschentscher. However, the attendance requirement will be lifted from Wednesday, December 16 up until January 10. Daycare centres will remain open during the entire lockdown, but parents are encouraged to look after their children at home.

A nighttime exit restriction applies in Hesse between 9 pm and 5 am - but only in municipalities with a seven-day incidence of more than 200 on three consecutive days.

Even under the tightened lockdown, Mecklenburg-Vorpommern will allow face-to-face lessons to continue to take place for classes up to sixth grade. Compulsory attendance will be suspended after the Christmas holidays. Daycare centres will remain open in principle, but again parents are encouraged to keep their children at home as much as possible.

In North Rhine-Westphalia, compulsory school attendance has already been suspended since Monday, December 14. Children from the eighth grade upwards should continue with distance learning. Childcare centres will also remain open, but state premier Armin Laschet has also appealed for children to be cared for at home where possible. Contrary to what was initially planned, hotel stays for Christmas visitors are prohibited in North Rhine-Westphalia.

Rhineland-Palatinate is also keeping daycare centres open, with the proviso that they should only be used when parents cannot look after their children at home. Compulsory school attendance will be suspended from Wednesday, but schools will remain open to provide emergency care until the start of the holidays and Fridays. Pick-up and delivery services in retail will be allowed to continue.

An extended mask requirement now applies in Saarland, in all public areas where the 1,5-metre distance cannot be maintained, such as in busy pedestrian zones. Shops will also be allowed to stay open for longer - between 6 am and 10 pm - until January 2. Emergency care offerings will be in place for students up to grade six.

Saxony decided last Friday to initiate a stricter lockdown, which has been in force since Monday. Schools, daycare centres and after-school clubs will remain closed, as will numerous shops. Night curfews apply in coronavirus hotspots, while there are general exit restrictions in place across the state - meaning that people are only supposed to leave their homes with good reason.

In Saxony-Anhalt, daycare centres are largely closed; after December 21, emergency care will be available, but only for children who have at least one parent working in key professions (such as healthcare). They will be required to present an employer certificate as proof. Compulsory attendance will be lifted for children in grades 1 to 6 from Wednesday; grades 7 to 13 will switch to home tuition from December 16. Like Berlin, Saxony-Anhalt will also allow book shops to remain open.

From Wednesday, there will only be emergency care in schools and daycare centres in Schleswig-Holstein. There are also restrictions on church services, allowing a maximum of 50 people inside and 100 outside.

In Thuringia, leaving one’s home without a good reason is, as of Wednesday, prohibited between the hours of 10 pm and 5 am.

What happens after January 10?

The next meeting between Angela Merkel and state leaders is scheduled for January 5. They will decide whether the measures need to be extended or relaxed. Given the current situation, the latter looks increasingly unlikely.