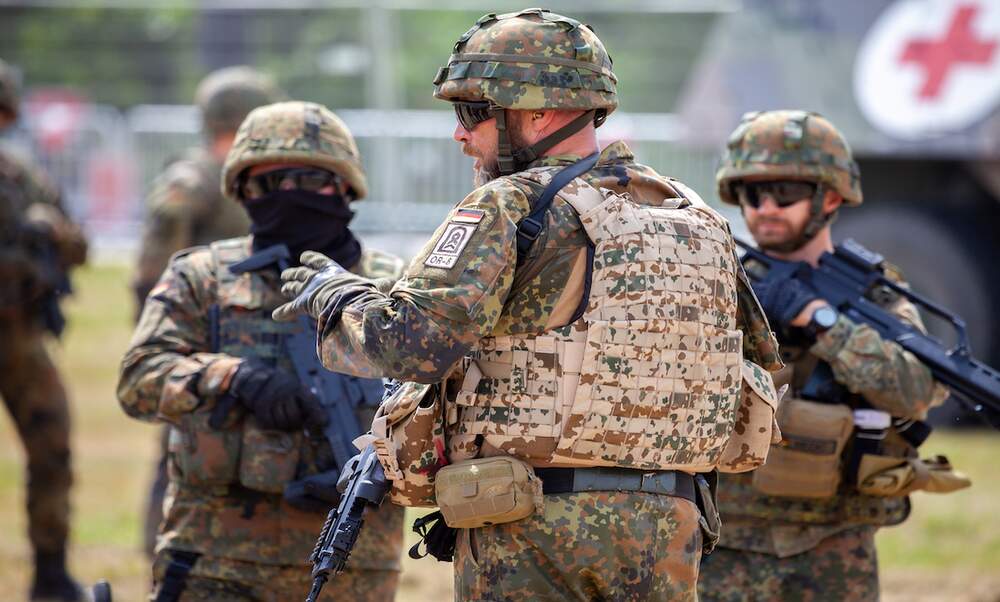 Germany is set to partially withdraw its forces from Iraq following rising tensions and security concerns in the Middle East. The move comes after the Iraqi parliament voted for anti-IS coalition soldiers to leave the country.

Germany to reduce number of troops stationed in Iraq

In a letter to their respective ministries, Foreign Minister Heiko Maas and Defence Minister Annegret Kramp-Karrenbauer announced that around 30 of the 120 troops stationed in Iraq will be redeployed to neighbouring countries. The move will mainly affect soldiers stationed in Baghdad and Taji, who will be moved to Jordan and Kuwait.

Following rising security concerns, stemming from the assassination of Qasem Soleimani, Iraq’s parliament voted for soldiers belonging to the anti-IS coalition to leave the country. The Iraqi government has yet to make its final decision on the matter. Heiko Maas reiterated that Germany’s presence in Iraq is due to “invitation from the Iraqi government and parliament.”

Regarding the parliament’s decision to vote for anti-IS coalition soldiers to leave the country, Maas said: “Naturally we will respect any sovereign decision of the Iraqi government.” However, he did warn that reducing international forces could lead to the Islamic State gaining a stronger presence in the region.

According to experts, the withdrawal of German soldiers from Baghdad and Taji was engineered by the German government, while they await the final decision from the Iraqi government concerning the deployment of foreign soldiers.

Experts have also suggested that the withdrawal of German troops was for their own safety. There are fears that some of the soldiers being trained by German forces may have sympathies with Iranian and Iraqi militias and could turn on foreign forces in the area.

The German Bundeswehr has currently deployed around 415 soldiers as part of an anti-IS coalition, aimed at suppressing the Islamic State in the Middle East. 120 of these soldiers are stationed in Iraq and provide military training, Tornado reconnaissance jets and tanker aircraft for air-to-air refuelling.

The redeployment of German troops is only intended as a temporary measure. Maas and Kramp-Karrenbauer reiterated in their letter that Germany was committed to providing continued support within an internationally coordinated framework, “as long as this is something that Iraq wants and is in the situation to permit it.”