In an unprecedented step, the German federal government has moved to ration toilet paper supplies. The new regulation stipulates that, from now on, a maximum of three sheets can be used, per person, per toilet visit.

Germany on the brink of toilet paper crisis

At a press conference held on Tuesday afternoon, Agriculture Minister Julia Klöckner announced that on Wednesday, April 1, a new regulation would come into force in the federal republic, designed to conserve the country’s dwindling supply of toilet paper.

“From now on,” Klöckner said, “citizens are requested to use no more than three sheets of toilet paper per visit. We don’t care what you’re doing in there, we’re not going to enquire. All that we ask is that you use a maximum of three sheets. Preferably less.”

The new regulation is the latest in a long line of coronavirus-fighting measures that have given the government unprecedented control over the lives and activities of Germany’s population - from closing schools and universities to banning public and private gatherings.

The government’s hand was forced, Klöckner explained, by a brewing crisis in the toilet paper supply chain. With municipalities across the country on lockdown, non-essential waste collection has been suspended in many areas. This includes the collection of waste paper - a major component in the manufacture of toilet paper.

“We’ve got, maybe, two to three months worth of supplies, if people stick to the regulations,” said Klöckner. “After that, the situation is going to get sticky.”

Merkel: “Everyone must do their bit”

During her traditional April Fool's Day televised address to the nation, Chancellor Angela Merkel called on everyone to get behind the new regulation, “No pun intended”. She said that even she was following the “three sheets code” and that pre-tearing toilet rolls into batches of threes was a great way to pass the time in self-isolation. “Everyone must do their bit,” she urged.

The German federal police said that they would “absolutely” be stepping in to make sure the new law was followed “to the letter”. The government has announced that violations will be punishable with fines of up to 25.000 euros, but details are still hazy as to exactly how the new regulation will be enforced.

“We will be making unannounced visits,” said Dieter Romann, President of the Federal Police Headquarters. “We will be monitoring online shopping receipts and tracking supermarket purchases for anomalies. We will be knocking on doors and peering through windows. We will leave no stone unturned.” 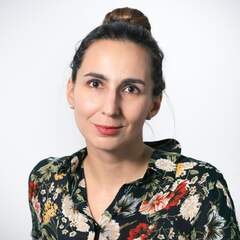 Originally from Absurdistan, April moved to Europe in 2012 to study Miscommunication Studies at the University of Scheveningen. She joined IamExpat in the hope of sharing her expertise with the...