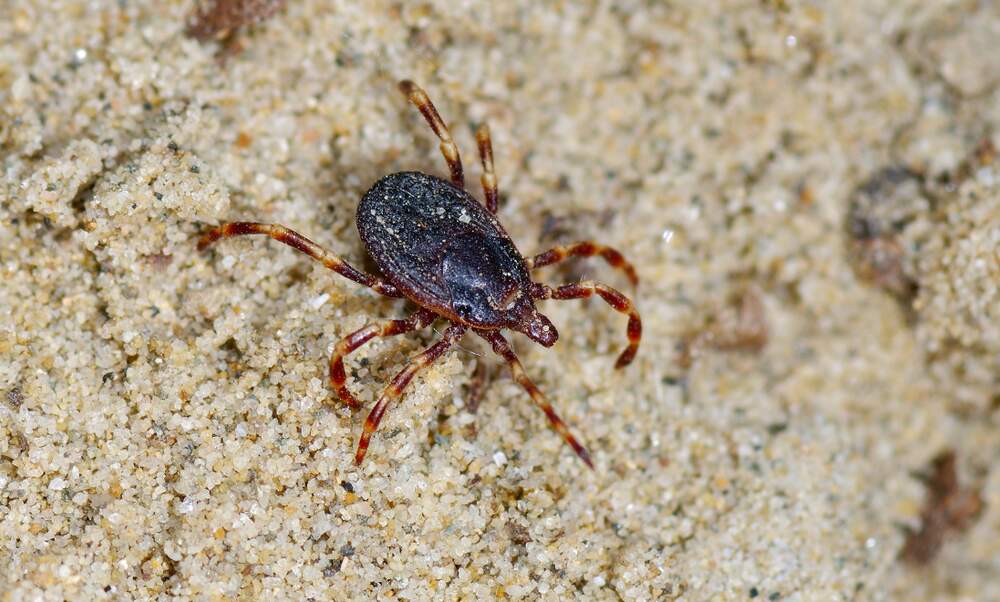 Giant tropical ticks overwinter in Germany for the first time

Giant tropical ticks overwinter in Germany for the first time

Normally, the tropical tick species Hyalomma only arrives in Germany with the first wave of migratory birds. However, experts believe that this year the disease-carrying giant ticks have spent the winter here for the first time ever.

The tropical tick species Hyalomma is not native to Germany and was detected in the federal republic for the first time in 2017. The ticks only began to appear in large numbers last year, when a total of 19 specimens were found in eight of Germany’s federal states.

This year, however, discoveries of the ticks were reported unusually early, leading researchers at the University of Hohenheim in Stuttgart and the Munich Institute for Microbiology to conclude that the newly-arrived tropical tick species overwintered in Germany for the first time this year.

Over the past few days, six of the spidery ticks have been discovered in Germany: five on a horse farm in the Lower Rhine and one on a horse in Lower Saxony. “After the first evidence of this year, we must assume that these animals can winter in Germany,” said Ute Mackenstedt, a parasitologist at the University of Hohenheim. Accordingly, the ticks are “a significant step further towards establishing themselves here.”

The Hyalomma tick is native to the dry and semi-arid areas of Africa, Asia and southern Europe. It is distinctive for its long, spidery, striped legs and large body, and can grow up to two centimetres in length, two to three times larger than their closest European relatives. Usually, the adult Hyalomma ticks stick to sucking the blood of large animals, but they have been known to transfer themselves to human hosts too.

The major factor that distinguishes them from Germany’s native tick population is the fact that they are able to actively sense, track and hunt their warm-blooded hosts over dozens of meters. Hyalomma ticks are also considered a major carrier of a dangerous virus that can cause Crimean Congo haemorrhagic fever - the most widespread viral disease carried by ticks. Currently, there is no vaccine for this, and 10 to 40 percent of cases are fatal.

No immediate cause for alarm in Germany

However, at the moment there is no cause for alarm: none of the tick specimens that were discovered last year were found to be carrying infectious agents. The size of the ticks means that they are also easier for humans to detect and remove.

Moreover, the early appearance of the ticks does not necessarily mean that they have already become native to Germany. For a significant population to develop, males and females would have to find each other. That can be a tall order when the population is still relatively small. Even if they did find each other, the unhatched larvae would have to rely on an animal host, such as a bird or hare, to develop.