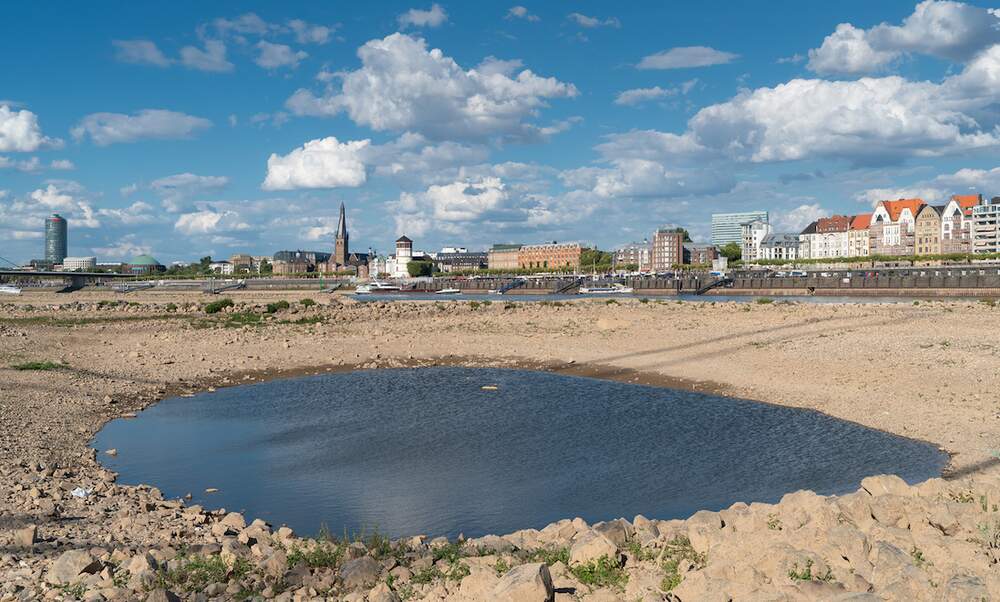 A new report published by the German government has detailed the damaging effect climate change has already had on Germany. While temperatures have risen significantly in the past five years, things are expected to get worse.

Temperatures in Germany have risen by 1,5 degrees

The average temperature in Germany rose by 1,5 degrees between 1881 and 2018, according to the report. This includes a 0,3 degree rise in the last 5 years alone. The German Weather Service (DWD) has also reported that sea levels have risen by 40 centimetres around Germany, as well as a 170 percent increase in the number of hot days since 1951.

The head of the Climate and Environmental Consulting Department at the DWD, Tobias Fuchs, said, “It is rapidly getting warmer, more heat waves are threatening our health, and everyone must expect damage from heavier rainfall. Germany is in the grip of climate change.” Fuchs also warned that without the consistent implementation of climate protection measures, the temperature could rise by up to 4,7 degrees by the end of the century.

The consequences of climate change in Germany

The increase in temperature, precipitation and “hot days” might have some lasting effects on Germany. According to the report, the population’s health is at risk through afflictions such as heat stress. The year 2003 had one of the warmest summers on record but also recorded about 7.500 more deaths than statistically normal. Hotter temperatures have also encouraged the spread disease-carrying animals like mosquitos and ticks.

There has also been an economic cost associated with climate change. According to the report, drought has caused 700 million euros in agricultural losses in the past 50 years alone. One positive side effect is that crop growing seasons have become longer, extending from 222 days in 1951-1981 to 232 days in 1988-2017. Extreme weather brought on by climate change, however, has caused around 3,1 billion euros in insurance losses.

Transport has been negatively affected by climate change, with changing water levels proving to be a problem for barges. Increased heat and severe rain can also be linked to a rise in accidents on public transport. Furthermore, with the North and Baltic sea levels rising, coupled with rising temperatures, the risk of storm surges increases.

In response to the report, Federal Environment Minister Svenja Schulze emphasised the need to incorporate climate change protection and prevention into design and planning. She said that “all construction and infrastructure projects must be better equipped to withstand the adverse effects of heat, heavy rain and flooding.”

Maria Krautzberger, president of the Federal Environment Agency, called for state investment in monitoring and moderating climate change. She posited the idea of “a special climate protection program, supported and financed by the federal and state governments.”