A guide to expat taxes for Americans in Germany

Are you an American citizen living in Germany? Did you know you still need to report your worldwide income to the US tax authorities every year? TFX has put together this guide to everything you need to know about your taxes as an American in Germany.

It’s no surprise that Germany has become a top destination for Americans moving abroad. Germany is the largest economy in Europe and home to some of the world’s most important companies. It is also a major hub for art and technology.

The United States maintains a major military presence in the country, with five US Army garrisons and almost 40.000 troops stationed within Germany’s borders. It is clear that Germany and the United States enjoy one of the deepest and most enduring partnerships anywhere in the world.

Here are a few things that American expats in Germany need to know about their financial affairs, including the German tax system, tax rates and exemptions.

US taxes for expats in Germany

American expats in Germany need to report and pay federal taxes on worldwide income over 10.000 dollars (or 400 dollars if you're self-employed) using Form 1040, also known as the US Individual Income Tax Return. Expats are automatically granted a filing extension until June 15, and you can request a second extension until October 15.

If you have German financial assets (for instance, rental properties, financial instruments or government bonds) worth over 200.000 dollars, you need to declare them using Form 8938, or Statement of Specified Foreign Financial Assets. Note that your primary residence in Germany owned in your name is excluded from this declaration.

If you own German mutual funds, bank accounts, and brokerage accounts with a combined worth of over 10.000 dollars, you also need to file an FBAR, or a Report of Foreign Bank and Financial Accounts.

Expats are considered tax residents of Germany if:

If you have no ties such as physical or financial assets within Germany, your tax residency ceases the moment you leave the country.

German tax residents pay income tax on their worldwide income, including investment income, property income, royalties, and annuities. Meanwhile, non-resident expats living in Germany are only taxed on income from sources within the country.

Germany's progressive tax rate is based on income, with German tax brackets ranging from 0% to 45%. The German government also imposes a 5,5% solidarity surcharge on individual income tax for the top 10 percent of earners.

There are no local or state income taxes in Germany, but a church tax is applied to registered members of an official church.

The German tax season is the same as the United States: January 1 through December 31. This should make it easier for you to file your expat taxes for both countries.

German tax returns must be filed by July 31 the following year (for example, by July 31, 2022 for your 2021 tax return). If your taxes are prepared by a tax advisor, the deadline is automatically extended to December 31. You may also apply for an additional extension to February 28 of the following year.

Payment is due one month after the German Ministry of Finance issues its tax assessment notice. Late filing penalties are 10% of your assessed taxes, but cannot exceed 25.000 euros. There is also a late fee of 1% plus 0,5% interest for each month that you have not paid the outstanding balance.

Tax exemptions for expats in Germany

If you pay income tax in Germany, you can take advantage of several exemptions to reduce your US tax liability on the same taxable income.

The Foreign Earned Income Exclusion allows you to exclude up to 108.700 dollars (the figure is adjusted annually for inflation) of foreign-earned income from US federal tax if you are based abroad.

You can also claim a Foreign Tax Credit for German income taxes imposed on the same income. Expat taxpayers can claim an equivalent value in tax credit for every dollar of income tax paid to Germany.

If you have dependents under the age of 12, you can also claim a child tax credit, officially known as the Child and Dependent Care Credit, to reduce your tax liability. Your child dependents must have a US Social Security Number (SSN) to qualify for the tax credit.

Dealing with your tax returns is already frustrating enough at home. It can even be more frustrating and complicated if you're in Germany. If you have any questions about your American expat taxes in Germany, your best recourse is to consult a tax expert. TFX have been preparing US tax returns for over 25 years. Simply upload your documents and let the experts take care of the rest.

Get expert help on your US taxes 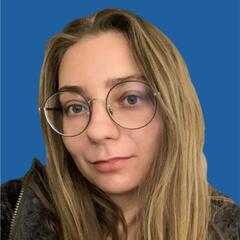 TFX is a women-owned tax firm that offers all U.S. tax services — for both American citizens and non-citizens with U.S. tax filing requirements. From straightforward expat tax preparation to...

Families in German cities must earn 5.000 euros monthly to afford a property