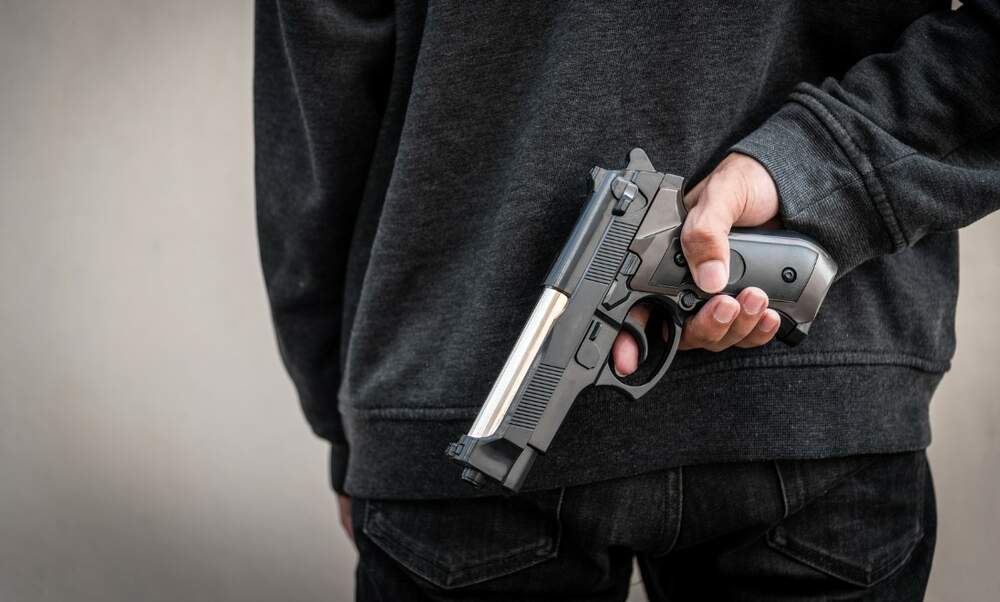 Gun ownership in Berlin up 11 percent in 5 years

Gun ownership in Berlin up 11 percent in 5 years

The number of private firearms in Berlin has increased by around 11 percent in the space of five years. Although the number of offences involving firearms has actually fallen over the past decade, the Berlin police consider it a worrying trend.

More and more private firearms are circulating in Germany’s capital city, according to figures released by the Berlin Interior Ministry. The data comes from the National Arms Register (NWR), which has been collecting information on private weapon ownership since 2013.

In 2018, 50.290 firearms or weapon parts were registered, compared with only around 45.000 in 2014. The number of private firearms has therefore risen by 11 percent over the past five years. Over the same period, the population of Berlin has grown by only five percent, meaning that the increase in firearms cannot be explained by population growth alone.

Instead, the Berlin police suggest that private individuals are increasingly arming themselves for self-protection. Pointing to this is the significant rise in the number of applications for a so-called “small firearms licence”. Rather than a gun, this licence authorises you to carry signal, irritant and alarm weapons (such as pepper spray or guns that fire blanks).

The Union of Police (GdP) sees this trend towards arming as concerning, one that should give politicians pause. It shows “that more and more people no longer feel safe in our city and [are] left alone by the state,” said Benjamin Jendro, a spokesperson for the GdP.

However, despite the rise in the number of people holding firearms licences and permits in Berlin over the past five years, there has not been a concomitant increase in the number of offences involving firearms. In 2008, nearly 1.000 crimes involving guns were registered by the Berlin police. By 2017, that had fallen to just under 600. In 2018, the number rose again slightly - to 650, just over half the pre-2008 level. It is not immediately clear, therefore, that an increase in gun ownership necessarily leads to an increase in gun crime.

In contrast to the United States, the private possession of firearms in Germany is not considered a God-given right. Instead, anyone who wants to own a gun must apply for a weapons permit (Waffenbesitzkarte). Such permits are only issued to those who are physically and psychologically fit and do not have a criminal record. You are also compelled to demonstrate expert knowledge of firearms and to take out insurance.

Above all, private individuals have to prove that they have a valid need for the type of weapon they are applying for a permit for. Applications from hunters and sport shooters are therefore usually granted. Collectors can also obtain permits for specific types of (collectable) firearms.

Additionally, if you wish to carry a loaded gun in public, you also need to apply for a firearms licence (Waffenschein) as well as your firearms permit. These are granted to private individuals only in exceptional cases - for instance, if you’re a driver for an armoured vehicle.