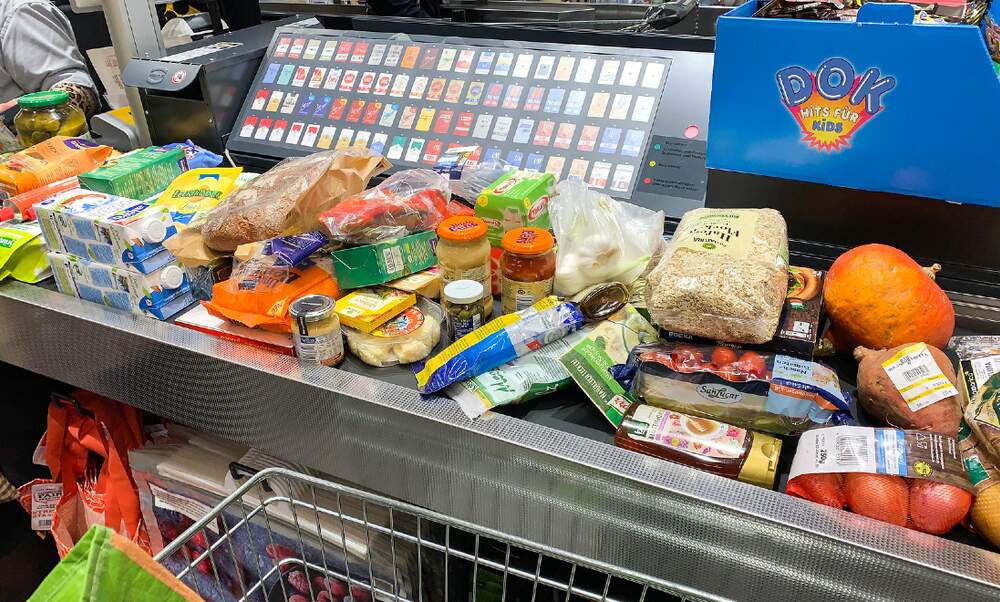 How expensive is Germany compared to its EU neighbours?

How expensive is Germany compared to its EU neighbours?

New figures from the Federal Statistical Office (Destatis) show that consumer prices in Germany are slightly above the EU average. In some neighbouring countries, however, the cost of living is significantly higher.

Cost of living in Germany slightly above EU average

Life in Germany is a little bit more expensive than on average in the European Union - but it is significantly cheaper than in most of its neighbouring countries. This is demonstrated by new figures from Eurostat, the statistical office of the European Union, published on Monday and available to Destatis.

The statistics show that, on average in 2019, private consumer spending in Germany was 6,8 percent higher than the average across all 27 EU member states. This cost of living comparison is based on average expenditure on food, housing and energy in each country - but does not take differences in salaries into account.

Ireland (33,7 percent above average), Luxembourg (31,1 percent), Finland (26,7 percent) and Sweden (20,6 percent) have some of the highest prices in Europe, according to the figures. The overall lowest cost of living in the EU is to be found in Bulgaria and Romania, where consumer spending is nearly 50 percent below the average.

Eurostat also breaks down the figures to show which areas of life are particularly expensive in the individual countries. In Germany, for example, people end up spending a lot of money on transport, with prices for trains, buses and flights around 37 percent above the EU average. Housing prices are also around 18 percent above average.

On the other hand, the price of food in Germany is only slightly above the EU average and clothing and furniture are even a little cheaper.