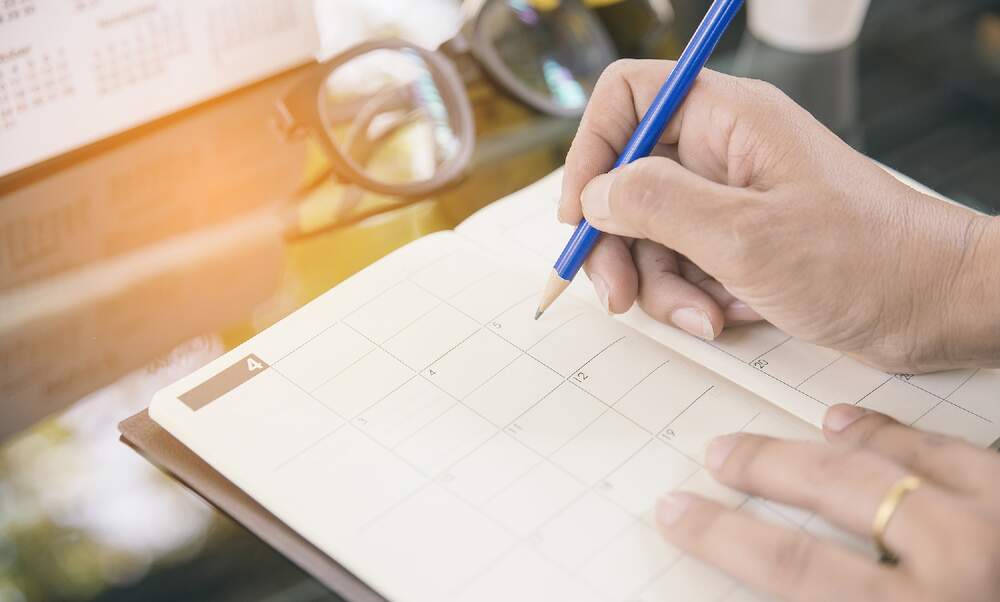 How to make the most out of your holidays in 2021

How to make the most out of your holidays in 2021

If you’re anything like us, you probably didn’t get to take the vacation you’d planned this year, so you’ve got a tonne of extra holiday days stacking up in your account - and you’re wondering how best to use them.

Well, with one eye on the calendar of German public holidays, and a bit of clever planning, it’s possible to make those extra days go a long, long way. Here’s how it’s done.

Public holidays in Germany in 2021

A quick look at the calendar shows that - in terms of public holidays - 2021 will be a pretty good year. Employees working in Germany enjoy an average of 29 paid holiday days per year. If you put 22 of them to clever use - placing them before, after and between public holidays (regional as well as national) - you can build bridges to take several lovely chunks of time off, amounting to a total of 52 days.

That’s the theory. In practice, this only applies to Bavaria and Baden-Württemberg, the two federal states with the highest number of public holidays. In northern Germany, on the other hand, employees can only make use of around 18 public holidays, because these historically Protestant regions have fewer “holiday pillars” that you can build bridges around. In total, only around 39 days off are possible.

This isn’t as good as in previous years because, in 2021, four of the nine national holidays fall on a weekend day. Even worse - in 2021 two of the most important religious festivals (Assumption of Mary and Reformation Day) will be celebrated on a single Sunday.

Onto the practicalities: the turn of the year offers pretty poor prospects for would-be bridge builders, since Boxing Day (December 26) falls on a Saturday in 2020. If you take four days of vacation from December 28 to 31, 2020, you get at least 10 days off in a row.

Things look much better for public service workers in Bavaria, Baden-Württemberg and Saxony-Anhalt, however: they can build a mega-bridge from December 24, over January 1 (New Year’s Day) and 6 (Epiphany), right through to January 10. By taking just eight days of leave, they’ll get 18 days off in a row.

Whether you can take advantage of this opportunity or not, after January 11, 2021, a long dry spell begins for all German employees, because between Epiphany and Good Friday there are twelve full calendar weeks without a single public holiday - with one exception.

In 2019, the Senate declared International Womens’ Day (March 8) a regional holiday in Berlin. It will be celebrated on a Monday in 2021, with a large accompanying programme to mark the 100th anniversary of the day in Western Europe. Berliners who take vacation from March 9 to 12 can turn four days of leave into a tidy nine-day holiday.

From Good Friday (April 2), things start looking up again for the rest of the country - and since Easter Monday (April 5) is also a national holiday, a 10-day bridge can be built using just four days of vacation (March 29 - to April 1 or April 6 to 9).

And a little tip for Brandenburgers: Brandenburg is the only German federal state to explicitly treat Easter Sunday as a public holiday. Anyone who has to work on April 4 is entitled to a substitute rest day. This is also the case for Pentecost Sunday (May 23), which is only given special holiday status in Brandenburg.

The darling vacation days of May

May is always a favourite month amongst keen bridge builders, but this year it looks set to be a little disappointing, since May Day (May 1), a national holiday, falls on a Saturday. Just two weeks later we have Ascension Day (May 13), which is always on a Thursday. A classic move is to take the following Friday (May 14), off work, giving you a nice four-day weekend.

Heading into June, we get Corpus Christi (June 3), a regional holiday that is celebrated on the second Thursday after Pentecost - but only in Bavaria, Baden-Württemberg, Hesse, North Rhine-Westphalia, Rhineland-Palatinate, Saarland and in the Catholic communities in Saxony and Thuringia. By taking a vacation day on June 4, employees in these states can bag themselves a nice four-day weekend.

And for those who want to squeeze the absolute maximum out of their holidays, there’s the option of combining Ascension, Pentecost and Corpus Christi. With 14 vacation days (May 14, May 17 - 21, May 25 - 28, May 31, June 1, June 2 and June 4), you can get 25 days off in a row. You just might find that no one at your job remembers who you are when you return!

July, August and September 2021 offer little in the way of bridging opportunities, even in federal states with regional holidays. Assumption of Mary on August 15, for example, is a holiday in Bavaria and Saarland, but in 2021 it falls on a Sunday, so is of no interest for bridge builders.

But there’s a bright spark for Thuringians, who in 2019 received World Children’s Day as an additional regional holiday from their state government. September 20, 2021, you’ll be pleased to hear, falls on a Monday.

A little piece of trivia - even with their new regional holidays, Berlin and Thuringia still haven’t overtaken Bavaria, which continues to lead the way in Germany with a total of 13 public holidays per year. In the Bavarian city of Augsburg, they even have 14, thanks to the annual Peace Festival - which, by the way, is the only state-protected urban holiday in the world.

October is blessed with two public holidays - but they are of little use this coming year since the nationwide Day of German Unity (October 3) and Reformation Day (October 31) both fall on a Sunday in 2021. The latter will be of especial annoyance to the residents of Schleswig-Holstein, Lower Saxony, Hamburg and Bremen, who only got the Protestant holiday as a day off in 2018.

Few places to bridge in Winter 2021

All Saints’ Day on November 1 is only celebrated in Bavaria, Baden-Württemberg, North Rhine-Westphalia, Rhineland-Palatinate and Saarland. However, since it falls on a Monday in 2021 it’s not the biggest bridge-building opportunity.

The only other holiday in November, the Day of Penance and Prayer, is only celebrated in Saxony. It always falls on the Wednesday before the last Sunday of the church year (November 17 this year), and so it gives some good bridging opportunities on either side.

The end of the year usually presents plenty of opportunities for workers to wind down, put up their feet in front of the Christmas tree and take some well-deserved time off. Unfortunately, 2021 doesn’t give much opportunity for anyone to squeeze more out of their vacation days, because Christmas falls entirely on the weekend. December 25 and 26 are a Saturday and a Sunday. No fair.

Now you’ve been introduced to the wonderful art of building holiday bridges, it’s time to go book some time off - quickly, before any of your colleagues have the same clever idea!