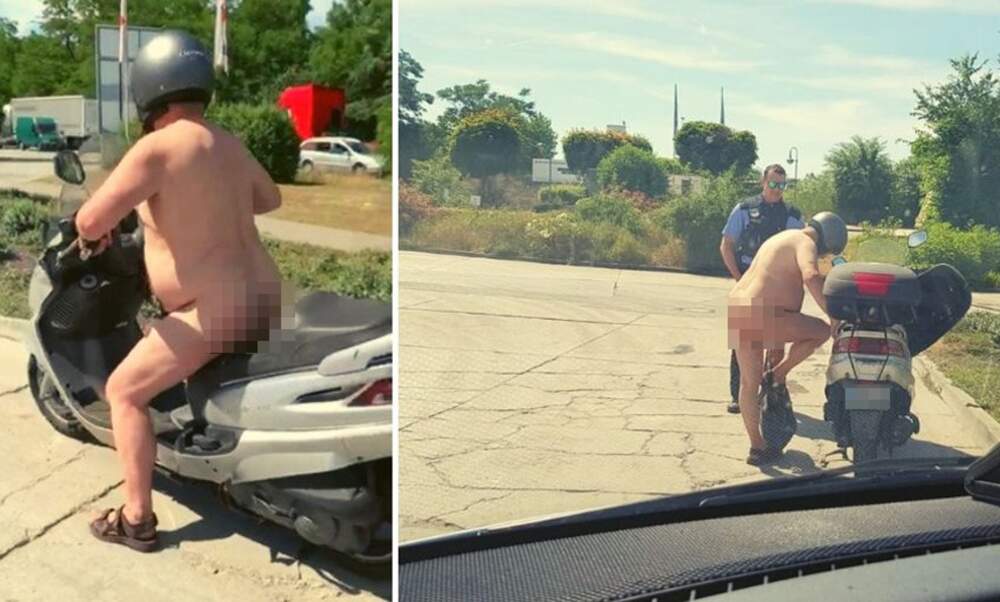 It can hardly have escaped your notice that it’s pretty hot in Germany at the moment. Well, one man in Brandenburg has made headlines this week for his unusual - although perhaps typically German - way of dealing with the heat.

A post from the Brandenburg police force has gone viral, containing a photo of a moped driver they pulled over on Tuesday. On one of the hottest days of the year so far, he apparently just wanted to cool off with the wind through his hair.

The only thing was, apart from his helmet and sandals, he’d climbed onto his moped completely naked. When stopped by the police, his only explanation was: “It’s warm, huh?” Apparently, all of his papers were in order and he was allowed to continue on his journey. The police only kindly requested that he put his trousers back on.

Naked driving not illegal in Germany

In the same post, the police clarified the legal situation, stating that, “Being naked or driving naked is not prohibited… HOWEVER: if someone feels disturbed by the sight, that could then be treated as a public misdemeanour.”

On Facebook and Twitter, the police called on their followers to caption the photos as they themselves were apparently “speechless.” So, give it your best shot!