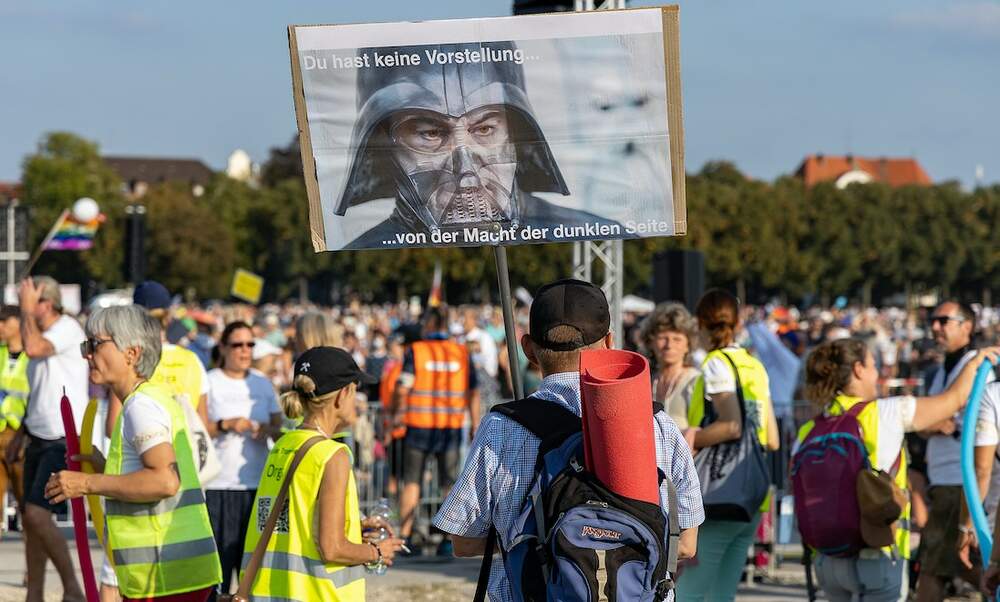 A leader of the anti-lockdown “Querdenker” group has been hospitalised after contracting COVID-19, just a week after a protest in Leipzig. Germany’s top court ruled on Saturday that protests cannot take place in Dresden.

A leader within Germany’s Querdenker (lateral thinker) movement has been hospitalised with COVID-19, just a week after attending an anti-lockdown protest which he helped organise. “One of the well-known lateral thinkers who demonstrated in Leipzig was intubated eight days later," said Professor Christoph Josten, director of the Leipzig University Hospital. He did not comment any further on the patient’s condition.

The Querdenker movement has been responsible for most of Germany’s anti-lockdown protests, including the demonstration in Leipzig on November 7, which was attended by over 20.000 protesters. The group was founded by Michael Ballweg, an entrepreneur based in Stuttgart, under the name “Querdenker 711,” a reference to Stuttgart’s area code.

Members of the group claim that the country’s current restrictions put in place to curb the spread of the coronavirus in Germany breach their constitutional freedoms. However, opponents of the group argue that the group is mostly supported by conspiracy theorists and right-wing extremists, the Reichsbürger, who reject the idea of the modern German state.

On Saturday, Germany’s Federal Constitutional Court ruled that a planned anti-lockdown protest could not take place in the city of Dresden, with a court spokesperson saying that an emergency request to protest had been turned down. The court said that the basic right to life and physical integrity outweighs the right to freedom of assembly.

The city of Dresden argued that public safety would be at risk if the protest was allowed to go ahead as protesters at past Querdenken demonstrations have largely ignored social-distancing rules and refused to wear facemasks.

The protests were expected to take place last Saturday and local, armed police were seen gathering in the city as authorities expected political extremists and troublemakers to turn up despite the ban. Around 4.000 people were initially expected at the demonstration before the ban was upheld.