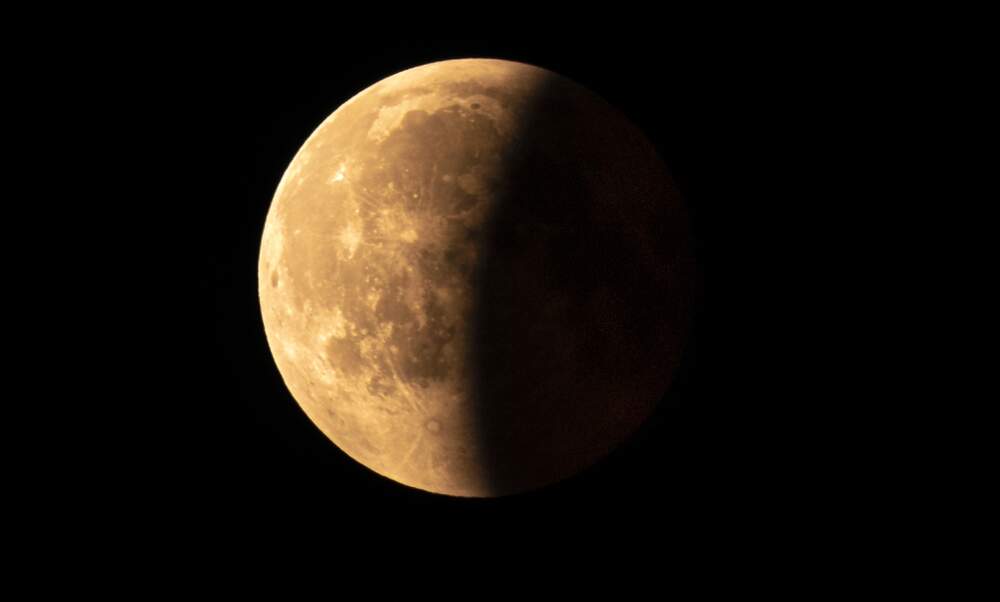 Lunar eclipse over Germany: How you can witness the spectacle

Lunar eclipse over Germany: How you can witness the spectacle

If you’re out and about during the night of Tuesday, July 16, to Wednesday, July 17 (and the pesky German weather doesn't conspire against us), don’t forget to look to the heavens to witness a beautiful spectacle - a partial lunar eclipse! What better way to celebrate the 50th anniversary of the moon landings?

What is a partial lunar eclipse?

A partial lunar eclipse can only occur if several elements come together at the right time: it has to be the night of a full moon, and the sun, earth and moon need to be in the right position. In order for the earth to cast a shadow on the moon, they need to be closely aligned.

If they are exactly aligned, the moon falls completely into the earth’s shadow, in what is known as a total lunar eclipse. If the alignment isn’t exact however (as it isn’t this time), the lunar eclipse is only partial, with around half of the moon’s surface falling into shadow.

Where can I see the lunar eclipse in Germany?

Unfortunately, we are not in Central or South America, where lucky residents will witness a total solar eclipse. However, our lunar spectacle has more than enough power to wow. The eclipse will be visible in its entirety throughout Germany - and many other countries in Europe, including the Netherlands, France and Spain

On July 16, 2019, the sun will set around 21:30, a few minutes after the moon has risen. The moon will enter the earth’s shadow around 10 pm and leave again at 1 am, giving us three hours to enjoy the partial eclipse. At its height, at around 11:30 pm, 58 percent of the visible surface of the moon will be in the earth’s shadow.

The shadowy area will appear a rusty red colour, although not the bright red of a spectacular blood moon. However, it should be enough to tide you over until the next blood moon - not set to take place until December 31, 2028.

How do I observe the partial lunar eclipse?

A lunar eclipse can easily be viewed by the naked eye, without requiring any extra tools. Find a comfortable viewing position with a clear view to the southeast. You should avoid obstructions such as trees or houses, as the moon will hang relatively low in the sky during a large part of the lunar eclipse.

If possible, get away from the light pollution of major cities. Not only will you get a much better view of the moon, but you might also catch a glimpse of some spectacular stars and planets - Saturn should be burning especially bright, just above the moon in the sky, on July 16.