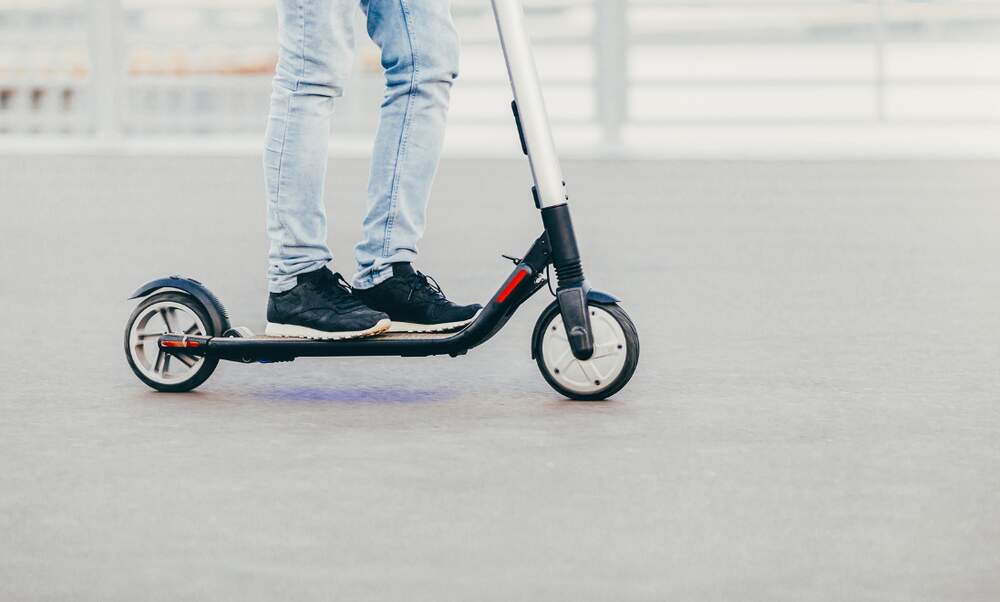 Yes, we all know that E-scooters have arrived in Germany, and you only need a mobile phone, a smartphone app and a bank card to ride one, but it’s also important to try to hold onto a shred of common sense - unlike one hapless man in North Rhine-Westphalia who somehow managed to steer his E-scooter onto the German autobahn.

The 28-year-old man’s strange journey began earlier that day at Erkelenz station when he noticed that his train was going to be delayed. Rather than waste time waiting around like his foolish fellow passengers, he decided to opt for an alternative form of transportation: he hired one of those fancy new E-scooters, loaded up the directions on his phone, and off he shot!

That, however, was where his problems started. According to the police in Heinsburg, he followed his phone’s navigation to the letter and “let himself be guided over the Autobahn.” At the Erkelenz-Süd junction, he proceeded to drive his E-scooter onto the A46.

Autobahn too fast for E-scooter man

Famously, the Autobahn has no upper-speed limit - but for fairly obvious safety reasons vehicles incapable of driving faster than 60 kilometres per hour are not permitted to use it. As you may be aware, E-scooters are limited to a maximum speed of 20 kilometres per hour.

Thankfully, two upstanding drivers quickly spotted the unfortunate E-scooter man and formed a protective barrier - one in front and one behind, both with their hazard warning lights on - until they could safely deliver him to the next junction, several kilometres away. The police were waiting there to slap a criminal charge on him.

While luckily no one was hurt in this particular incident, it is not the first (and surely will not be the last) E-scooter mishap to occur in recent weeks - and not everyone involved has been so lucky. Reports are beginning to trickle in of crashes, falls and collisions involving electric scooters. Already in the first two weeks, since E-scooters began operating, Berlin police have recorded eight traffic offences, five involving drunk drivers.

And it’s not just a problem in Berlin: in Bad Kreuznach in Rhineland-Palatinate last week, a woman crashed into a 33-year-old man, who fell and sustained serious head injuries. In Nuremberg, a 28-year-old man had to explain himself to the police after being stopped for driving an E-scooter while intoxicated. In Friedrichshain in Berlin, one woman accidentally drove into a parked car, fell off, and was run over by a van.

In view of the recent accidents, Berlin police issued a reminder that “the new E-scooters are not children’s toys but motor vehicles.” The same alcohol restrictions apply as with regular driving. And while there isn’t currently an obligation to wear a helmet, it is strongly recommended.