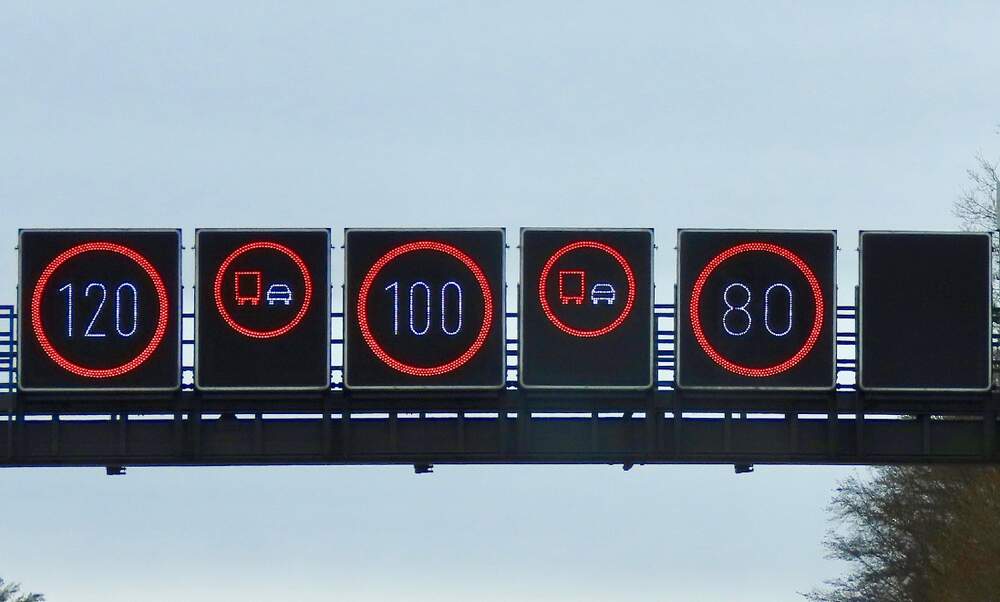 Germany’s Green Party caused something of a storm this week when it announced that, if elected, its first act in government would be to introduce a 130-kilometre-an-hour speed limit on the German Autobahn. Many parties are firmly against the idea - but a majority of people in Germany are actually in favour.

On Tuesday, Green party co-leader Robert Habeck was asked by news portal “The Pioneer” whether his party would introduce a general speed limit if elected to government. He replied that a 130km/h speed limit would probably be “the first measure of a new government, if the Greens are involved.”

And just like that, one of Germany’s most controversial questions was brought back up for debate: should there be a general speed limit on the country’s network of roads that are famed worldwide for having sections with no speed restrictions?

The debate over this topic has already been raging for years - a proposal for an Autobahn speed limit was rejected last October - but now seems more urgent because, if the latest polls are anything to go by, the Greens now actually have a realistic shot at making their way into a governing coalition.

They have been arguing for some time now that a speed limit could save millions of tonnes of carbon dioxide per year, as well as improving safety for drivers on German roads.

Majority of Germans in favour of speed limit

And according to a new study, their message might just chime a chord with voters. A representative survey, conducted by the opinion research institute Civey on behalf of t-online.de, found that more than two thirds of those surveyed would generally welcome a speed limit, while one-third were against it. The survey used a representative sample of 5.061 people.

Just over two percent of respondents want the speed limit brought to 110 kilometres per hour or lower, while 31 percent were totally against the idea.

Clear party divisions on the issue

When the survey respondents were divided according to their political affiliations, two clear camps crystallised. The majority of the supporters of the CDU / CSU Union (61 percent), SPD (82 percent), the Left (84 percent) and the Greens (90 percent) were in favour of a speed limit. On the other hand, the majority of FDP (59 percent) and AfD (63 percent) supporters were against it.

However, there was no major division of opinion between city and country dwellers. At around 73 percent, approval of the speed limit was greatest among people who live in densely-populated commute regions. After that, residents of Germany’s big cities were the next biggest supporters, with 70 percent approval. Around 63 percent of those who live in the countryside also supported the introduction of a speed limit.