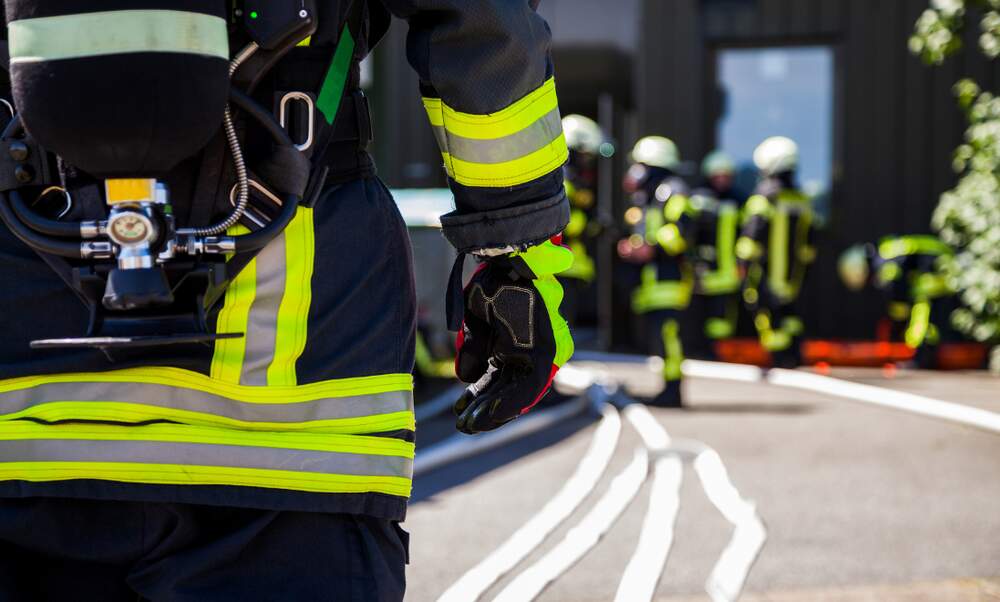 One dead and 72 injured in hospital fire in Düsseldorf

One dead and 72 injured in hospital fire in Düsseldorf

A fire at a hospital in Düsseldorf on Monday night has claimed the life of an elderly patient. Another 72 people were injured, many of them seriously.

Lethal blaze injures 72 and kills one in Düsseldorf

The blaze reportedly broke out at the Marienhospital in the western city of Düsseldorf late on Monday evening. According to a statement given by emergency services on Tuesday morning, a 77-year-old man lost his life in the blaze. Of the 72 people injured, 61 are being treated for smoke poisoning. Another 11 sustained serious injuries and seven are in a life-threatening condition.

Some of those injured were were able to receive immediate treatment in the hospital car park, while 19 were taken to other hospitals in the city and one patient was flown by helicopter to a clinic in Aachen for emergency medical treatment. The other patients were moved to different buildings within the Marienhospital.

Cause of the fire unclear

The initial cause of the fire is not yet clear. A representative for the fire department said that they have begun investigating the source of the blaze, which is believed to have started in the second-floor room of the deceased patient.

The fire was apparently intensified by a pipe carrying oxygen through the room, therefore it took firefighters over an hour to bring it under control. In the meantime, smoke spread through five other floors of the building.