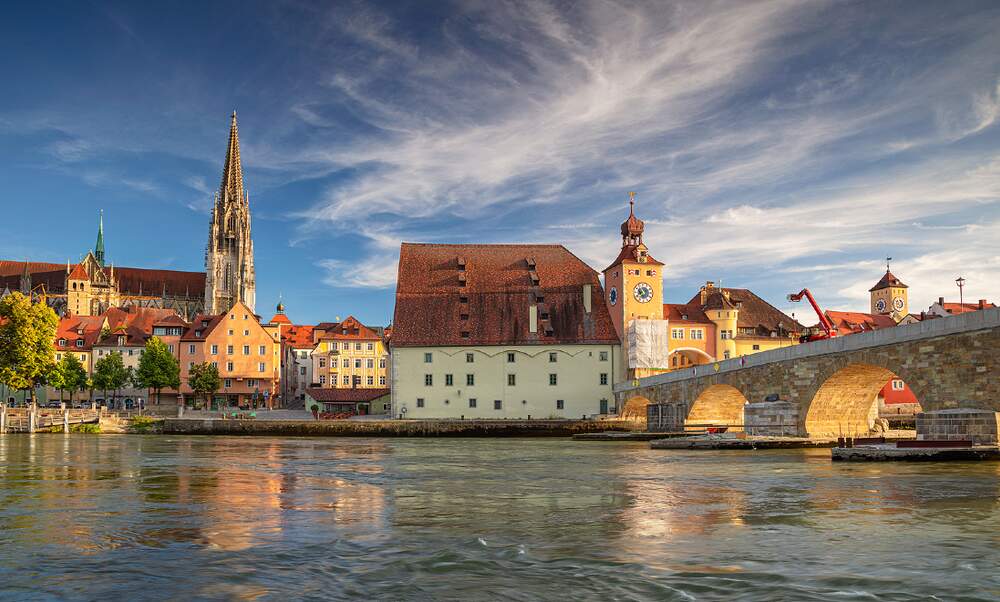 Regensburg, Erlangen and Ingolstadt named among best cities in Germany

Regensburg, Erlangen and Ingolstadt named among best cities in Germany

Where do the major German cities stand in terms of location, quality, economic strength and future prospects? A new ranking has put all 71 major cities under the microscope - with some surprising results.

In cooperation with WirtschaftsWoche and ImmobilienScout 24, the Cologne Institute for Economic Research has just released the results of its annual City Ranking. Using more than 100 indicators like economic structure, labour market, housing market, quality of life and future viability, the ranking lists all of the major cities in Germany, from worst to best.

As always, this year’s ranking is divided into three sub-rankings: The “Level Ranking” shows the relative economic strength of the cities; the “Dynamic Ranking” shows which cities have developed best over the past five years; and for the first time this year, a “Sustainability Ranking” has been added, looking at ecology, economy and social affairs.

For the eighth time in a row, Munich has topped the Level Ranking, garnering high scores all round on its economy, real estate market and quality of life. This makes the capital of Bavaria, according to the report’s authors, one of the best places to live and work in the whole country.

Other high-scoring cities in this category included Ingolstadt, Stuttgart, Erlangen and Frankfurt am Main, while Herne, Bremerhaven and Gelsenkirchen took 69th, 70th and 71st place, respectively.

There’s no city in Germany more dynamic than Berlin

In terms of dynamism, the Bavarian state capital also came out on top, pushing Berlin into second place. This category looks at the rate of change in a city over the previous five years by examining certain indicators: for instance, construction activity, life expectancy, or the growth in childcare places.

Berlin scored particularly well on the real estate front, with ImmobilienScout24 managing director Ralf Weitz explaining, “Real estate is still extremely attractive in the capital, and rental apartments are still cheap compared to Munich, Stuttgart and Frankfurt am Main.” Heilbronn, Erlangen and Frankfurt were also named among the top five most dynamic cities in Germany.

A new addition this year, the Sustainability Ranking looks at things like the density of public transportation, charging points for electric cars, energy, fibre optic supply, number of research institutes, high-tech start-ups, the employment rate of women, and the level of youth unemployment.

In this category, Munich was unseated from its throne, pushed all the way down to sixth place by the likes of Ingolstadt, Heidelberg, Wolfsburg and Erlangen. The Bavarian city of Regensburg took the crown overall, with the study’s authors particularly praising its performance in ecology. It has, for instance, the highest number of electric charging points per 10.000 inhabitants of all the cities included in the ranking.

Coronavirus crisis has changed what makes a good city

The study’s authors also noted that, next year, things will probably look a lot different. “As a result of the coronavirus crisis, the priorities of many people have shifted,” said Hanno Kempermann from IW Consult. The importance of being able to work from home and access childcare has risen sharply, while being in close proximity to recreation areas and the countryside has also become a lot more important.

According to Kempermann, the city of Potsdam, in Brandenburg, scores highly on all three points. It’s also one of the only large cities in Germany to have a high proportion of inhabitants aged 15 or under, a high density of fibre optic internet connections, and a high proportion of natural areas. Bonn, Dresden, Wolfsburg and Berlin also score well on these indicators.