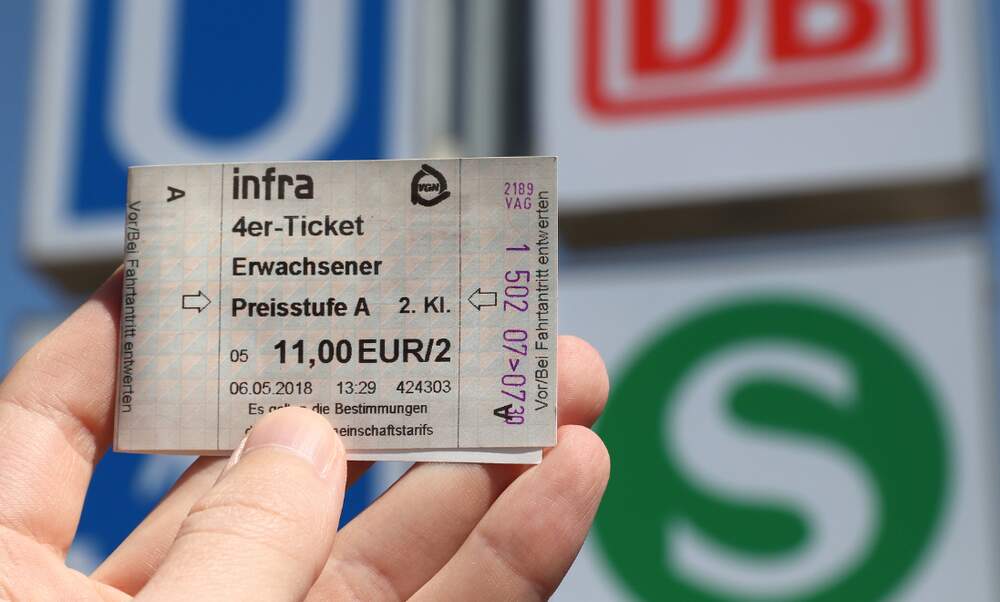 If you’ve ever ridden public transportation in Germany without a valid ticket (we promise we won’t tell), then you’re probably familiar with the wave of terror that accompanies the sudden appearance of the ticket inspector.

Well, calm yourself, little Schwarzfahrer. There’s a good chance that in the not-too-distant future fare-dodging will be downgraded from a criminal offence to an administrative misdemeanour. The bad news is, you’ll still have to pay a fine - but you won't be risking a prison sentence.

Fare-dodging could be downgraded to a misdemeanour

For a long time, the Berlin Senate has been considering downgrading Schwarzfahren (fare-dodging, or literally, black-riding) from a criminal offence to an administrative misdemeanour. Now, however, the idea is becoming a little more concrete: this week the eastern federal state Thuringia filed a bill to that effect with the Bundesrat, and Berlin has decided to join the initiative. The bill will be presented this Friday.

Berlin’s Justice Senator Dirk Behrendt (Greens) tweeted: “It is simply disproportionate, the state bearing down on people with the Criminal Code, just because they have not bought a ticket on several occasions. An administrative offence would be appropriate here.”

Both Berlin and Thuringia argue against the criminal prosecution of fare-dodging on the grounds that it exacerbates existing social problems and inequalities, as it often targets socially-disadvantaged people. They maintain that plenty of people travel without a ticket simply because they cannot afford one, and that sending them to prison does nothing to correct this imbalance.

Moreover, the prosecution of fare-dodgers costs the states dearly: according to statistics from the German police, in 2018 there were around 210.000 cases of fare evasion - most of them small offences which are punishable by only small fines, yet which take up plenty of police time. Each year, Berlin’s transport association, the BVG, checks around 20 million tickets.

Schwarzfahren can result in imprisonment

Schwarzfahren - officially defined as a “fraudulent obtainment of benefits” by the German Criminal Code - is punishable by a fine or imprisonment of up to one year, although prison sentences are rarely handed down.

However, if the offender cannot or will not pay the fine (which is usually around 60 euros but increases for repeat offenders) a so-called substitute liability is due, meaning they must be imprisoned as an indirect consequence.

According to the Senate Department for Justice, there are currently 334 people in Berlin prisons serving custodial sentences as alternatives to fines. Approximately a quarter of them are charged with “fraudulent obtainment of benefits”, including Schwarzfahren.