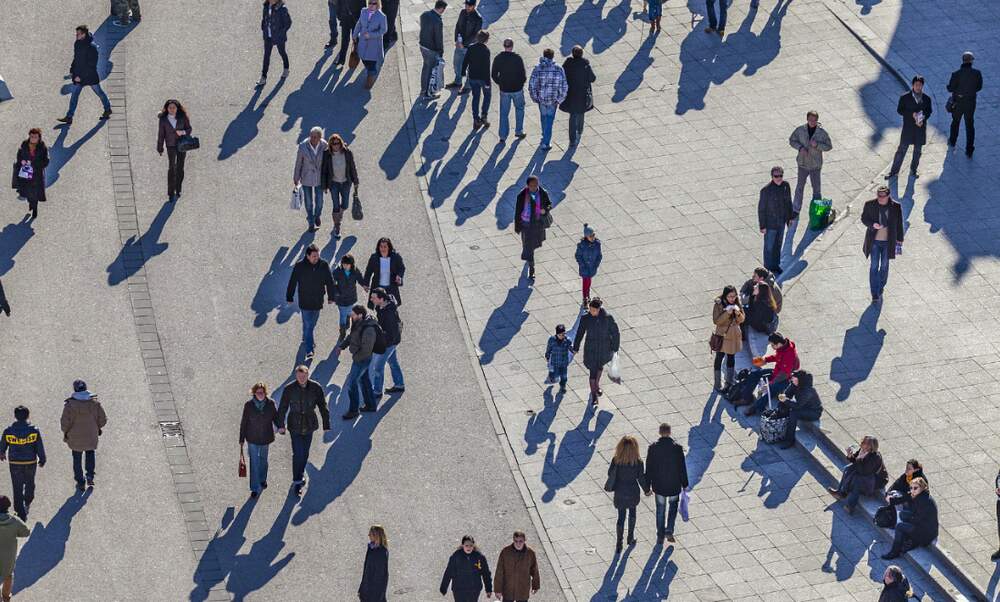 Survey finds that Germany's biggest fear is Trump, not coronavirus

Survey finds that Germany's biggest fear is Trump, not coronavirus

Despite an ongoing global pandemic and the looming threat of a recession, people in Germany are actually feeling remarkably chipper. At least, that’s the result of the latest “Fears of the Germans” survey, which has been acting as a barometer for fluctuations in Germany’s greatest worries and concerns for the last 28 years.

Every summer since 1992, R + V Versicherung, a German insurance company, has been conducting a survey into the fears of people living in Germany - asking respondents how worried they are feeling, and which political, social, economic, personal and environmental issues are particularly concerning them.

In a surprising twist, this year’s survey found that - despite everything going on at the moment - people in Germany are feeling less afraid than they have in decades. This year’s “fear index” fell from 39 to 37 percent, the lowest value since the survey began almost 30 years ago. In recent years, the highest value was reached in 2016, when growing concerns about the migrant crisis, political extremism and terrorist attacks caused the fear index to shoot to 52 points.

This year, US President Donald Trump was ranked the number one cause for concern among people in Germany, for the second time since 2018, with 53 percent of those surveyed believing that his hostile foreign, trade, and security policies make the world a more dangerous place.

Health not really a cause for concern

On the other hand - perhaps surprisingly - people in Germany seem relatively unafraid when it comes to the current pandemic. The proportion of people who said they were afraid of falling sick with a serious illness has actually fallen compared to last year (32 percent in 2020, down from 35 percent in 2019). Similarly, only 32 percent said they were afraid of themselves or someone they know catching coronavirus, and just 42 percent are concerned that globalisation could lead to more frequent pandemics in future.

“The Germans are by no means reacting in panic to the pandemic… We know from experience that the fear index is particularly high when people feel helpless or when they are confronted with seemingly unsolvable issues,” said Brigitte Römstedt, who led the survey. “At the moment, many people feel that they can protect themselves from coronavirus by sticking to hygiene regulations and that the government has the situation under control. This has obviously prevented panic from spreading.”

Accordingly, survey respondents demonstrated a record level of trust in German politics, with 40 percent saying they felt politicians were overwhelmed by their responsibilities - a new record low. This can be attributed to the government’s effective management of the coronavirus crisis.

Rather than fearing for their health, it appears that people are actually more preoccupied about the economic consequences of the coronavirus. For the first time in six years, fears about the rising cost of living has risen towards the top of the list of Germany’s greatest fears, with 51 percent of respondents expressing concern about this issue. Almost half (49 percent) were also worried that German taxpayers would be asked to pay for over-indebted EU countries.

Above all, fear of an economic downturn has skyrocketed, rising from 14th place in 2019 to fourth place in 2020 - with an increase of 13 percentage points. Concerns about rising unemployment (up 12 percentage points) and losing one’s job were also increasingly prevalent, while concerns about immigration have fallen to their lowest level in five years - although this issue still comes near the top of the agenda.

Overall, the 10 biggest fears named in this year’s “Fears of the Germans” survey were as follows:

You can read the full survey scores on the R + V Versicherung website (in German).