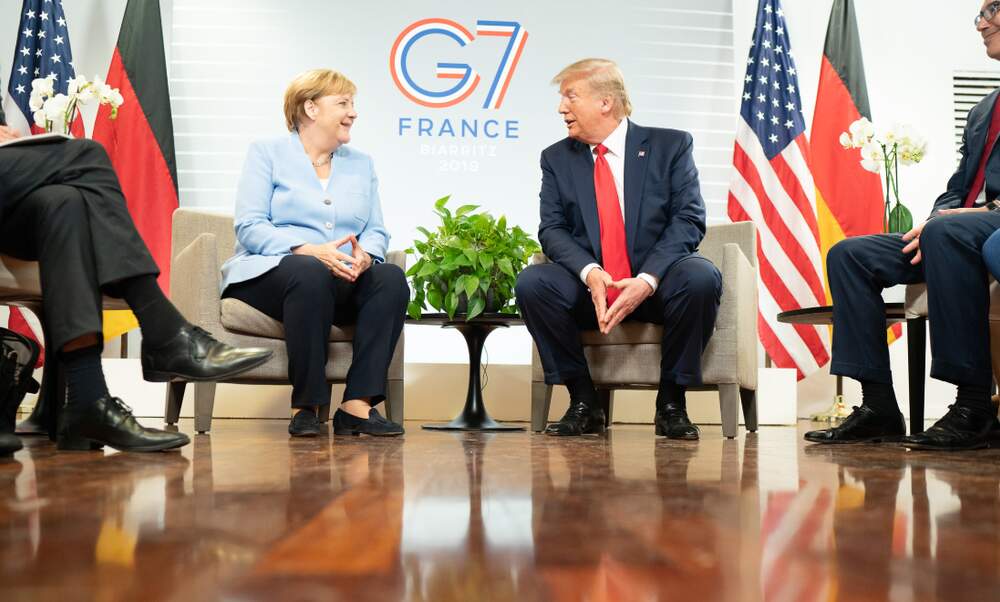 Germany’s famously stoic chancellor Angela Merkel has surprised everyone by apparently losing control during a meeting with Donald Trump at the G7 Conference in Biarritz this week. In a clip that has been doing the rounds on social media, Merkel visibly releases a snort of laughter when Trump remarks that he has German heritage.

A reporter had asked Merkel whether she had invited Trump for a bilateral visit to Germany, to which she responded that she had done so repeatedly on previous occasions. The US President then turns to Merkel and says, “We’ll be there… We’re very honoured by the invitation - and we will be there. Maybe soon. I have German in my blood.”

At this point, Merkel seems unable to keep it together, raising her eyebrows and snorting in derision. While the president’s grandparents hail from Kallstadt, a village in Rhineland-Palatinate, he maintained for a long time that they were actually from Sweden. More recently, Trump has been roundly mocked for repeatedly - and falsely - claiming that his father was born in Germany. He was born in the Bronx.

Although he has made two brief visits to Germany - one to attend the G20 summit in Hamburg and another to visit a US military base in Rhineland-Palatinate on his way back from Iraq - Trump has yet to make a full state visit to Germany, despite having already visited both France and the UK twice.

When questioned later by reporters, Merkel said that no specific date for a state visit had been discussed, despite Trump’s comments that it could be “soon”. Germany’s residents were quick to take to Twitter to express their distaste at the idea of the American President paying a visit. Within hours of the announcement, the hashtag #TrumpNotWelcome was trending in Germany.