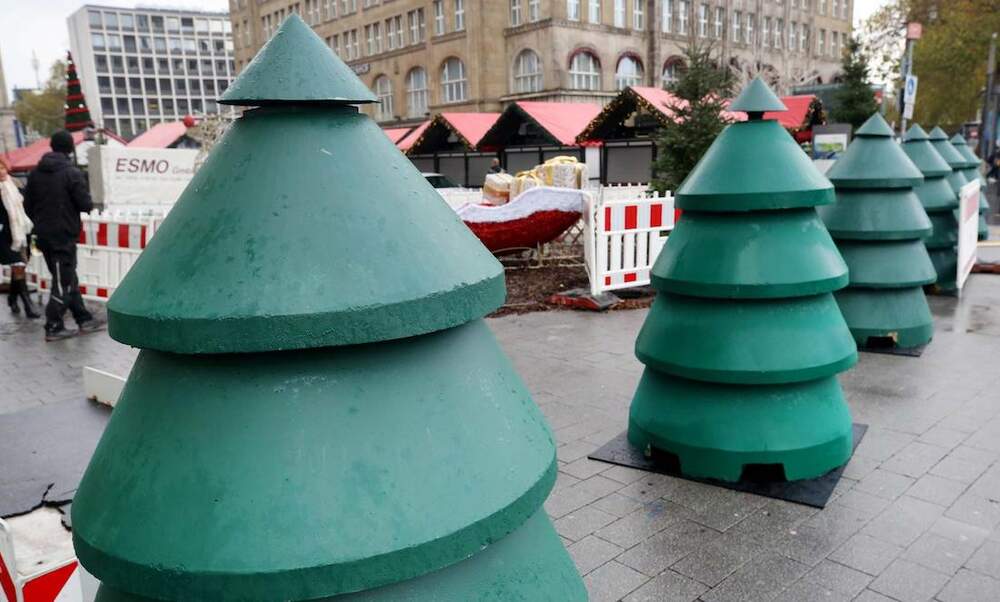 If you happen to be visiting the city of Essen this Christmas season, you may notice some slightly odd-looking Christmas trees. They stand 1,8 metres tall, weigh around 3 tonnes and made entirely of concrete.

All over Germany, towns and cities are getting ready for Christmas. Weihnachtsmärkte are popping up everywhere, offering hot Glühwein, Stollen and other traditional Christmas treats - but visitors to Essen's Christmas market, which has been open since November 15, might notice something rather unusual.

The market is surrounded by a wall of Christmas trees, made entirely of concrete, that act as barriers against terrorist attacks. The concrete firs have been set up at the entrance to the market, which can be reached directly from Essen Hauptbahnhof.

The concrete trees are manufactured by a company in Saarland that specialises in terror barriers. Jürgen Beck came up with the idea for the business after his two daughters, who were working at a stall, witnessed the 2016 attack on the Christmas market in Berlin.

According to Beck, his company will deliver around 300 concrete fir trees to Christmas markets around Germany this year. He has already registered a patent for the concrete trees - as well as barriers in the shape of snowmen.

Take a look at the concrete trees in action around Essen’s Christmas market, and listen to the reaction from locals in the video below.