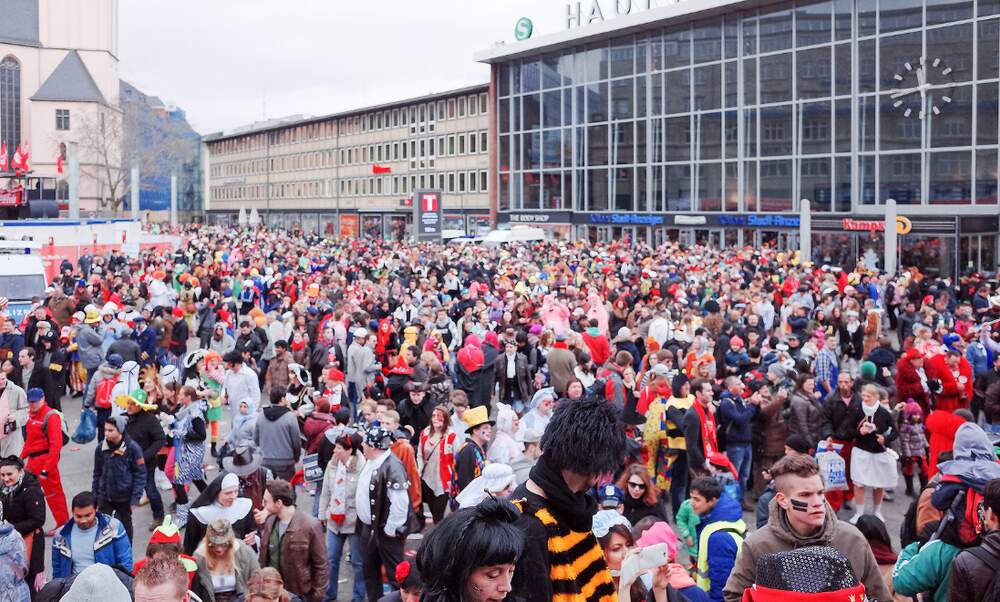 The world-famous carnival season kicked off on Monday, as is traditional, with a big party in the centre of Cologne. However, the celebrations were unfortunately marred by a number of violent attacks.

As an estimated 70.000 people descended on Heumarkt to mark the start of carnival season, the revelry spilled over into civil disobedience and violent attacks. According to the police, seven people were arrested in a number of incidents.

In one unnerving case, a 22-year-old man was accosted from behind by an unknown assailant, who put a plastic cable tie around his neck and pulled it tightly. He was freed by doctors at a nearby medical tent, who said that the tie was so tight the blood supply to his head was restricted.

The paramedics reported that a similar incident had taken place earlier that day. There were also indications of two more cases, although these were apparently less serious. Police are now examining CCTV footage in the area, to see if cameras managed to capture the attack. The suspect could be charged with dangerous bodily injury or even attempted murder, they said.

Other incidents at Cologne Carnival celebrations

In another incident, two men are suspected of having thrown bits of leftover building material from the roof of a skyscraper. One 18-year-old passerby was hit and injured. Police arrested a 17-year-old and a 19-year-old.

By late on Monday evening, 82 people had been expelled from the area and seven more arrested, according to a report by Cologne police. They counted a total of 29 physical assault offences. Several complaints were also filed against people who were caught driving E-scooters while intoxicated. They run the risk of losing their driving licences.

In the south of the city, a woman was seriously injured after being struck by an S-Bahn train. She was not wearing a costume, so it seems that she was not taking part in the carnival celebrations. Both the train driver and his colleague, who also witnessed the incident, were treated for shock. The route was blocked for several hours.