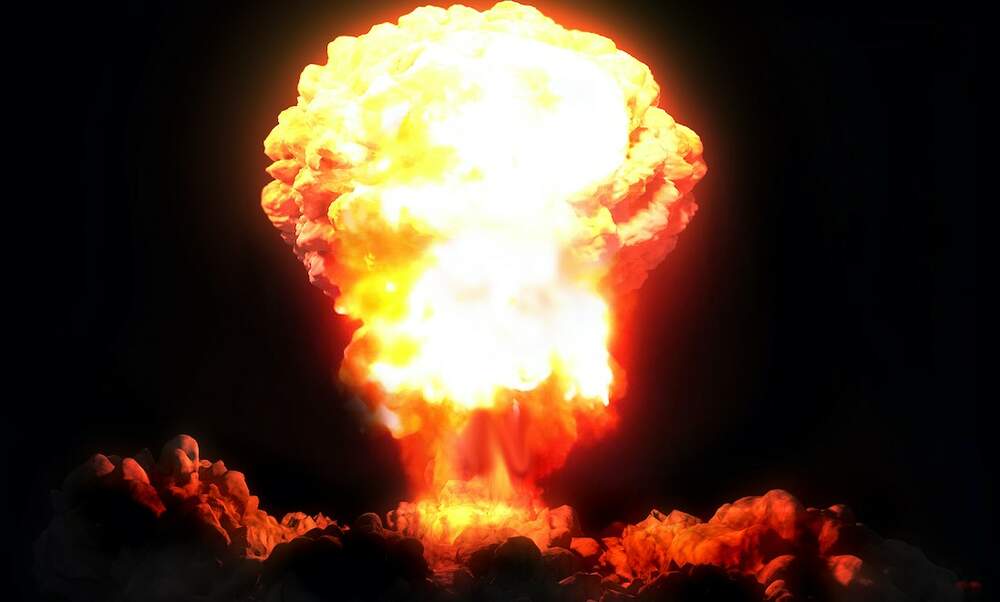 What would happen if a nuclear bomb was dropped on Germany?

What would happen if a nuclear bomb was dropped on Germany?

To try to advance "the necessary discussion of a world free of nuclear weapons", Greenpeace has commissioned a study looking into what might happen if a nuclear bomb were dropped on Germany.

The study ran three simulations, which examined the effects of a nuclear bomb dropping on two German cities, as well as a significant military location.

The first scenario considered the effect of a nuclear attack on Germany’s capital, Berlin. According to the projections, a bomb with the explosive power of 20 kilotons, which is equal to the 20.000 tons of dynamite, would decimate 145.000 people. 25.000 of these people would be killed by the explosion, while the remaining 120.000 would be killed by the effects of the resulting nuclear fallout. An extra 50.000 people would later die of cancer.

The second scenario looked at the effect of a 550-kiloton bomb landing on Frankfurt. The study estimated that around 500.000 would perish instantly. Over half of these would die from the explosion, as well as the nuclear fallout.

The third scenario revealed the effects of a nuclear attack on Germany’s Büchel airbase, where the US is reportedly storing nuclear weapons with an explosive power of 170 kilotons each. If this was to occur, 130.000 people would likely die, with around 107.000 dying from the nuclear fallout.

No more nukes in Germany

Becker has warned that the simulations are just estimations and cannot consider every possible situation. “The figures could be too high. They could also be too low,” she said.

Earlier this month, Greenpeace flew a hot air balloon near Büchel airbase as a protest against nuclear weapons. Greenpeace’s spokesperson for nuclear disarmament, Christoph von Lieven, stated that the German government had to ensure US soldiers are withdrawn from Germany and end the use of nuclear bombs. “Mass killings like those caused by the atomic bomb on Hiroshima must never happen again,” he said.