What you need to know before moving to Germany

Are you considering moving to Germany? Or perhaps you’ve already decided to and are wondering what to expect. Crown Relocations gives a round-up of some important things expats need to know before making the move.

HSBC’s 2019 Expat Explorer Survey found that Germany is the eighth most popular destination for expats worldwide – so it’s no surprise that so many people choose to move there. However, since every country has its own unique culture and customs, how prepared are you for some of the quirks of life in the federal republic? We looked at some of the key things you need to know before moving to Germany.

It’s an obvious one, but it’s often overlooked because plenty of Germans speak very good English. Nonetheless, the language of business and everyday life remains German, and for expats a little bit of language can go a long way. Not only will it improve your chances of landing a job, but it will massively enrich your everyday experiences, especially if you want to settle down in Germany long-term.

Before you arrive, start by learning some of the most commonly used phrases to help you get about. Once you’re there, you’ll be able to take a language class. In some cases, this may even be offered by your company.

2. Renting is the norm

As home ownership becomes more common, this is gradually changing, but for the moment Germany is a country of renters. While this means that tenants in Germany enjoy a well-protected status, it does not necessarily mean that rentals come cheap. Therefore, it’s important to consider the amount you’ll need in advance.

Typically, you’ll have to pay three months’ rent as a deposit on your new home, along with the first month’s rent in advance. You’ll also need to consider the cost of utilities, which in Germany are paid as a fixed sum on a monthly basis. At the end of the year, your landlord will issue an invoice that lists all costs from utility usage, known as a Nebenkostenabrechnung. If it’s more than your agreed sum you will charged for the additional usage. If it is less than what has already been paid, you will receive a refund.

In plenty of countries, it is completely normal to pay for everything with your credit or debit card, so you might expect to be able to do the same in Germany – it is a developed, prosperous country, after all.

You’d be wrong. In Germany it is not common to use your card for smaller purchases and some places don’t accept cards at all. In 2018, card payments overtook cash payments in the federal republic for the first time, but a staggering 208 billion euros’ worth of sales (48,3 percent of all transactions) still involved notes and coins. Don’t be caught out and make sure to always have some cash handy when out shopping.

You might be used to a bustling lifestyle in which the weekend is for activities and shopping. However, Sunday in Germany is a Ruhetag or rest day - a day when you are meant to slow down and relax. Most shops are not open on Sundays, so if you’re used to saving your weekly shop until the weekend you are in for a surprise.

You’re also expected to not be a noisy neighbour on this day – you don’t want to ruin the day of rest for other families. In some more traditional parts of the country, even doing laundry is seen to be breaking the Ruhezeit rules. This means it’s best to save your DIY projects, vacuum cleaning or lawn mowing to another day of the week, to keep the neighbourly peace!

5. Recycling is a lifestyle

When you move to Germany, one thing you have to get behind is recycling. Get to grips with the German system of separating rubbish because it’s not just an eco-friendly habit – it’s a lifestyle. Germany is Europe’s leader in recycling and their people are proud to be too. You could also be fined for putting things in the wrong recycling bins.

You’ll also need to understand ’Pfand’ – a deposit system whereby a surcharge is added to all purchases of glass and plastic bottles. When you return them to the supermarket, you get your money back.

Moving to Germany but not sure what to expect? Get piece of mind with tailored relocation packages from Crown Relocations, who have been helping families and individuals relocate abroad for more than 50 years. 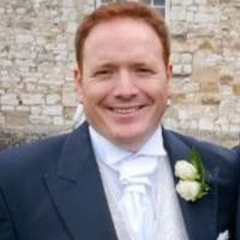