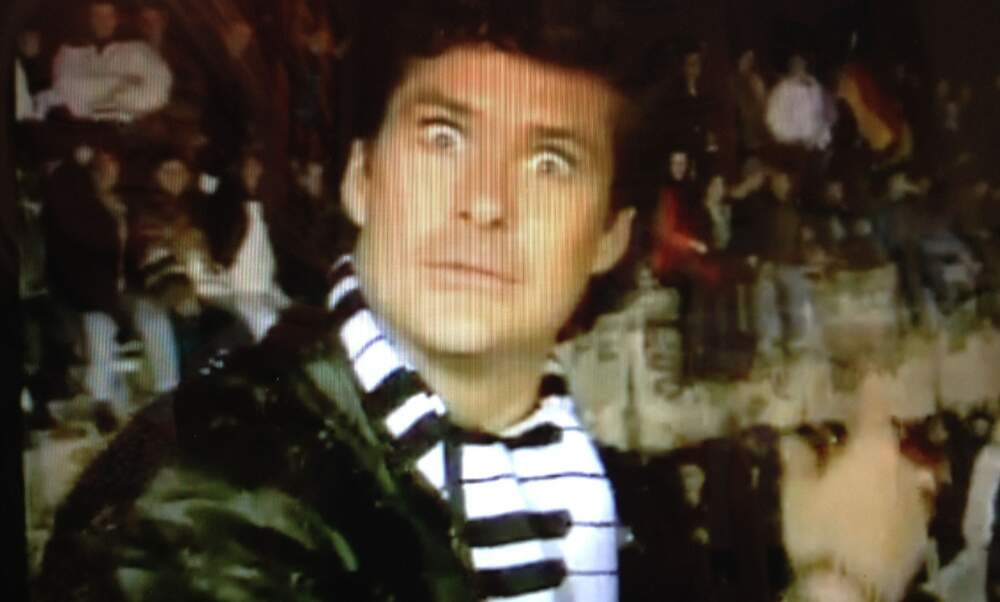 What's David Hasselhoff got to do with the fall of the Berlin Wall?

What's David Hasselhoff got to do with the fall of the Berlin Wall?

For 30 long years, the Berlin Wall divided Germany, both physically and ideologically. Then, an American TV star with a light-up jacket and a catchy song came along and brought the whole thing down.

If you’ve been in Germany a while, you probably know the story - but is there a single grain of truth in it? In honour of the anniversary of the fall of the Berlin Wall, we dive into the history of one of Germany’s most popular cultural legends: what part, if any, did David Hasselhoff play in bringing down the Berlin Wall?

How did the Berlin Wall fall?

As most people already know, the Wall fell partly because of a mix-up. After weeks of mounting civil unrest, culminating in a mass protest of more than half a million people in East Berlin, the GDR authorities had decided to loosen the borders and make travel easier for East Germans - but not to open them completely.

On November 9, 1989, a notice about the change was handed to a spokesperson, Günter Schabowski, who read the new rules aloud at his regular press conference. Reporters were stunned - when was this change going to come into effect? There was nothing in his notes on that, so Schabowski mistakenly said that it was effective immediately.

The shocking announcement was all over the news, and immediately East Germans began flocking to the border. Completely outnumbered, the guards eventually decided to open the barriers and thousands flooded through. 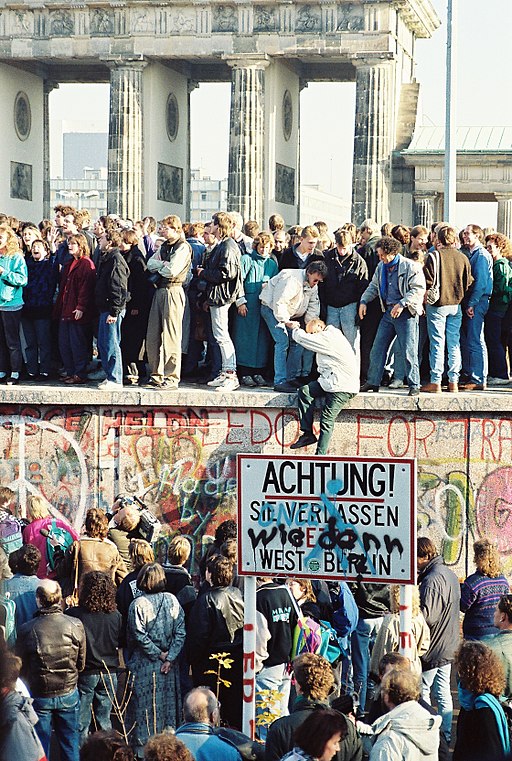 What’s David Hasselhoff got to do with all that?

So, no, David Hasselhoff wasn’t straddling the Wall on November 9, 1989, hacking at it with his bare hands like the rest of Berlin. But by the time the Wall was coming down in bits and pieces, a certain song about freedom had already been number one in the German charts for eight weeks.

Hasselhoff was little-known outside of America until he struck gold with his single “Looking for Freedom”. It didn’t take a genius to predict that the song was going to be a success - it was a reworking of a 1970s German hit, “Auf der Strasse Nach Süden”; the same catchy tune, but sung in English by Hasselhoff. And with the word “freedom” conveniently in the title, it captured the spirit of unrest and hope that was sweeping the nation in 1989.

So when the time came around to choose a headliner for a New Year’s Eve concert in the recently-united city, there was practically no question over who would be asked. Hasselhoff agreed, on the condition that they would let him sing on the Wall.

So come December 31, 1989, the Hoff could be found belting out his hit, suspended from a crane above a crowd of one million adoring Germans. Who could forget that iconic piano key scarf and flashing, battery-powered jacket? The Hoff crooned:

The Hoff: Destroyer of Walls

So far, so clear. The Hoff was nowhere near Berlin on November 9, 1989. He only showed up nearly two months later for a concert. So why would anyone think that he was instrumental in bringing down the Wall? Well, arguably, he started that rumour himself.

During a promotional tour of Germany in 2004, Hasselhoff gave an interview to Spielfilm magazine in which he made a throwaway remark that probably still haunts him: “I find it a bit sad that there is no photo of me hanging on the walls in the Berlin Museum at Checkpoint Charlie.”

The words had barely been printed before they were seized upon and roundly mocked. In the blink of an eye, it was everywhere: David Hasselhoff believes he single-handedly pulled down the wall. What an absolute joke!

“I sang a song about freedom”

Perhaps his comment was blown out of all proportion, or perhaps he’s since seen the error of his ways. Either way, in recent years Hasselhoff has sought to distance himself from the momentous events of 1989. In a recent interview he expressed frustration about the rumours still circling that he takes credit for the iconic event that brought about the end of the Cold War in 1989.

“It pisses me off,” he told German news agency DPA in January 2018. “I had nothing to do with bringing down the Berlin Wall… I sang a song about freedom, and it just happened to be number one when the Wall came down.” 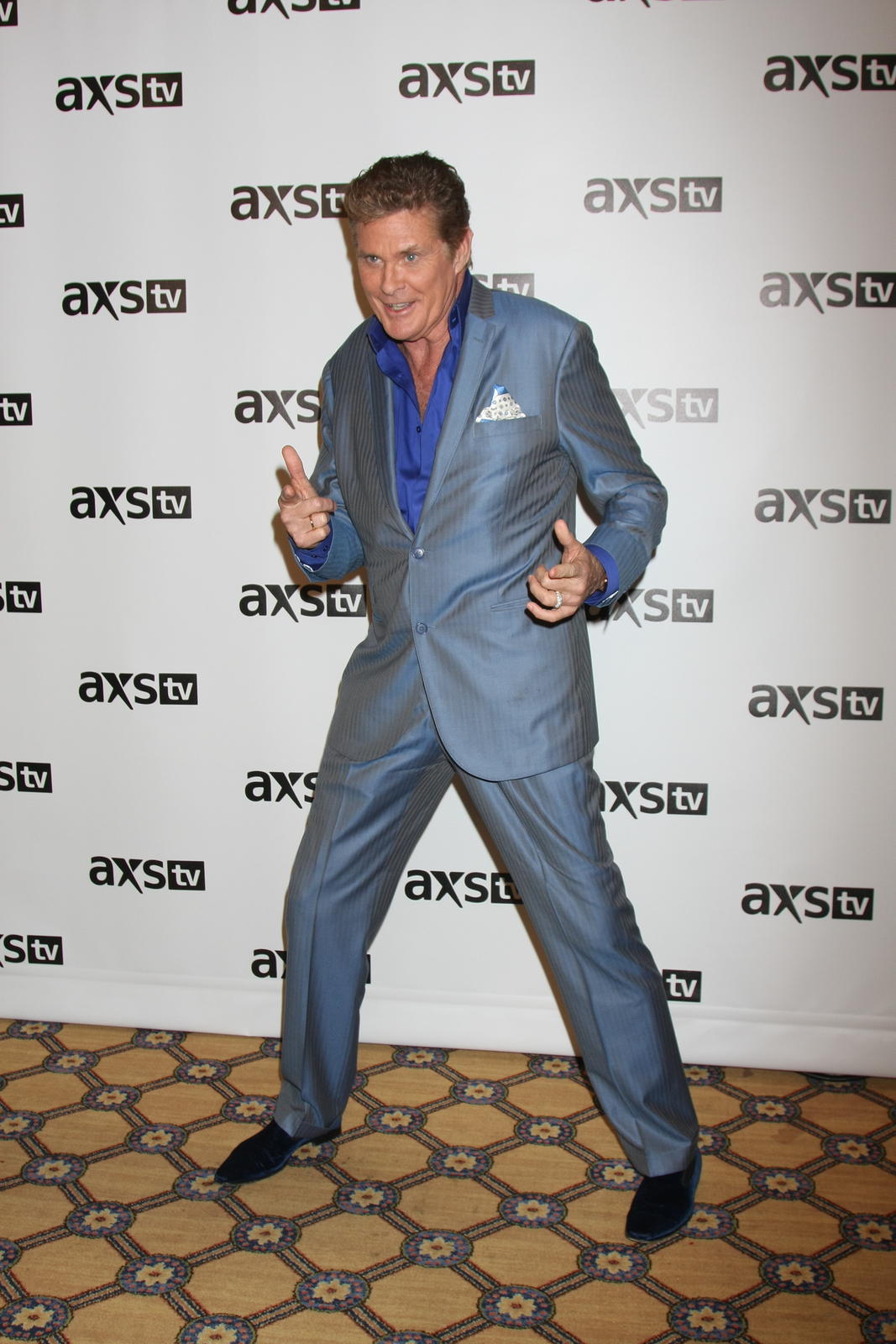 If you ask us, Hasselhof is doing himself a disservice here. Of course, he wasn’t there at the coal face digging out chunks of wall, but it was still much more than just a simple case of right song, right time.

He may not have actually been a major driving force behind the people who finally brought down the Berlin Wall, but nonetheless, his song captured the spirit of the time. For a generation of Germans weary of division, it became an anthem of hope in turbulent times. The Hoff and his music became embedded in people’s collective memories of the fall of the Berlin Wall - all part of the same momentous event.

How David Hasselhoff brought down the Berlin Wall

In the mind of his fans, therefore, it doesn’t really matter that Hasselhoff sang his Looking for Freedom song weeks after the Wall came down because he was there all along, part of it. As the old German joke goes, the Hoff is always there to usher in freedom.

When whispers of a possible peace agreement between North and South Korea made headlines back in 2018, a German satirical publication wrote that peace was progressing apace because David Hasselhoff was en route.

So, no, David Hasselhoff didn’t bring down the wall. But, ultimately, that doesn’t really matter. The truth is that facts tend to fail in the face of collective memories.

The Checkpoint Charlie museum may not display a photo of him, but the Circus Hostel Berlin has its own unofficial David Hasselhoff “museum”, half shrine, half memorabilia collection, complete with an autographed, bare-chested mural of the Hoff. On the wall, there is a sign: “1989 David as himself tore down the Berlin Wall, thereby freeing millions of eastern Europeans from communism. Forget what the history books say.”