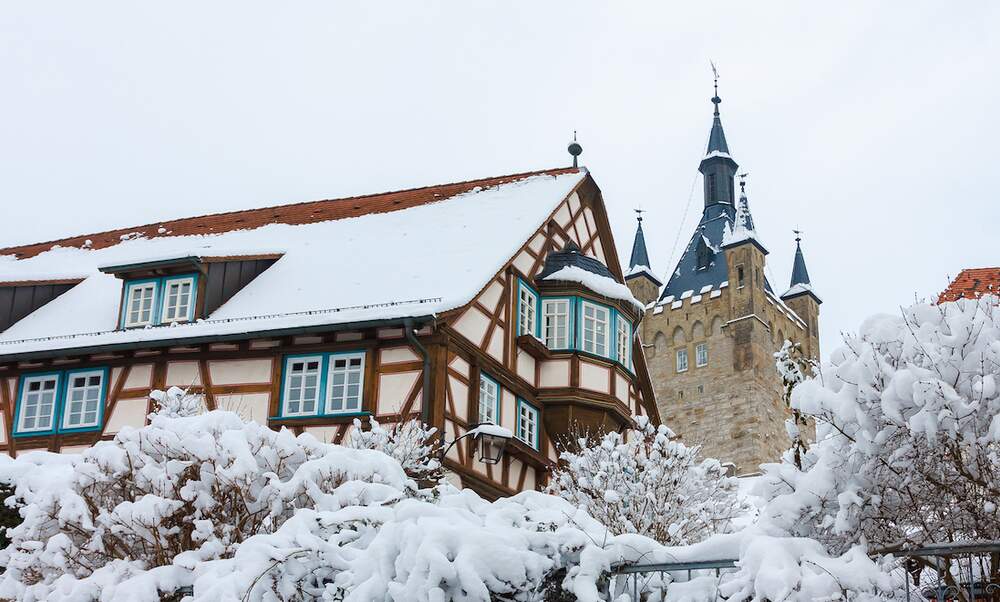 It might not feel like it, but it is actually winter in Germany! Unsurprisingly, all this mild weather has got a few people wondering where the winter has got to - and whether we can ever expect any snow. The German Weather Service (DWD) is on the case.

No white Christmas in Germany

As you have probably noticed, there was barely any snow this Christmas just gone. This is a far cry from what we see on Christmas cards and sometimes experience - even in 2010 there was a blanket of snow covering almost all of Germany over the holidays. This happened a few years in a row in the 1960s.

Recently, however, winters have been a lot warmer. Between 1961 and 1990 the temperature in winter was around 0,2 degrees on average, whereas in December 2019 the average temperature was 3,8 degrees. Since 1881, five out of the ten warmest winters have come in the last 15 years.

Temperature this year one degree above average

Unfortunately, things don’t look good for snow this year, according to DWD’s seasonal forecast. This shows that the temperature this year will probably be one degree higher than the average temperature for the years 1990 to 2017 for February to April.

DWD expert Andreas Paxian said that this “speaks for a mild, early spring.” Nonetheless, this is far from confirmed, since the fluctuating climate in Europe makes long-term forecasts very unreliable.

Indeed, according to climate projections, winter precipitation is likely to intensify in the future. However, due to rising global temperatures, experts predict that future winters will see much more rain than snow. Unfortunately, that means instead of a beautiful blanket of snow covering the ground, we can expect mud. Joy oh joy.

Is there still a chance for snow in Germany this year?

So, is there any hope left for snow this year? Maybe, if we are to believe the old farmers’ saying: “Schaltjahr gleich Kaltjahr” (“leap years equal cold years"). Although, that being said, statistics from the DWD show that winters in leap years are 0,2 degrees warmer on average than the averages of all winters since 1881.

Despite these bleak prospects, it is possible for snow to fall during mild winters, if regional temperatures drop on certain, colder days. The coldest parts of the year are usually from late January to early February so, while the likelihood of snow falling this winter season may not be particularly high, don't lose all hope of seeing snowflakes.